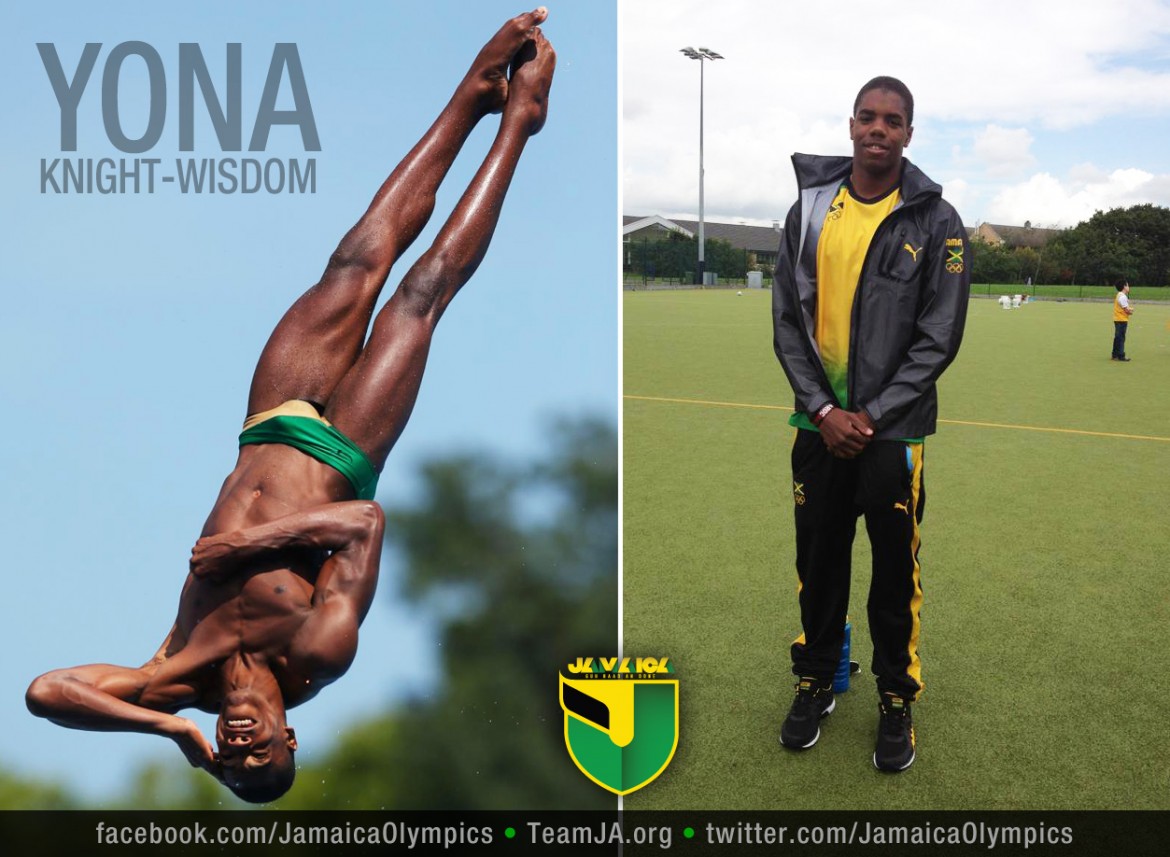 Yona Knight-Wisdom made history as he became the first Jamaican diver to compete at a World Championships when he appeared in the heats of the one-metre springboard in Barcelona.

Born and bred in Leeds, Knight-Wisdom had a three-way choice of which country to represent – Jamaica from his father’s side, Barbados from his mother’s or Great Britain.

He chose Jamaica and received his passport in January last year before becoming the first Jamaican male diver to compete internationally.

Knight-Wisdom represented Jamaica for the first time in April 2012 in Germany, and on Saturday he came 23rd in the 1m springboard in only his fifth international competition.

He was four places behind Britain’s Jack Laugher, who he trains with under former world champion Edwin Jongejans in Leeds.

While Betsy Sullivan represented Jamaica at the 1966 Commonwealth Games in Kingston at the grand old age of 10 before going on to the 1972 Olympics, Knight-Wisdom is the spearhead for the sport in Jamaica today.

He told Press Association Sport: “They have the framework but they don’t have any springboards. So, if they can get some springboards and some qualified coaches maybe they could start building a programme over there.”

Now his sights are firmly set on the Olympics in Rio de Janeiro in three years’ time.

“I’m definitely going to try and go to Rio on the three-metre, that is my main board. I just need as much experience as possible at competitions like these.

“With big crowds and a lot of pressure – if I can deal with that then that is what I am looking to do.”

PHOTO: BARCELONA, SPAIN – JULY 20: Yona Knight-Wisdom of Jamaica competes in the Men’s 1m Springboard Diving preliminary round on day one of the 15th FINA World Championships at Piscina Municipal de Montjuic on July 20, 2013 in Barcelona, Spain. by Clive Rose/Getty Images)