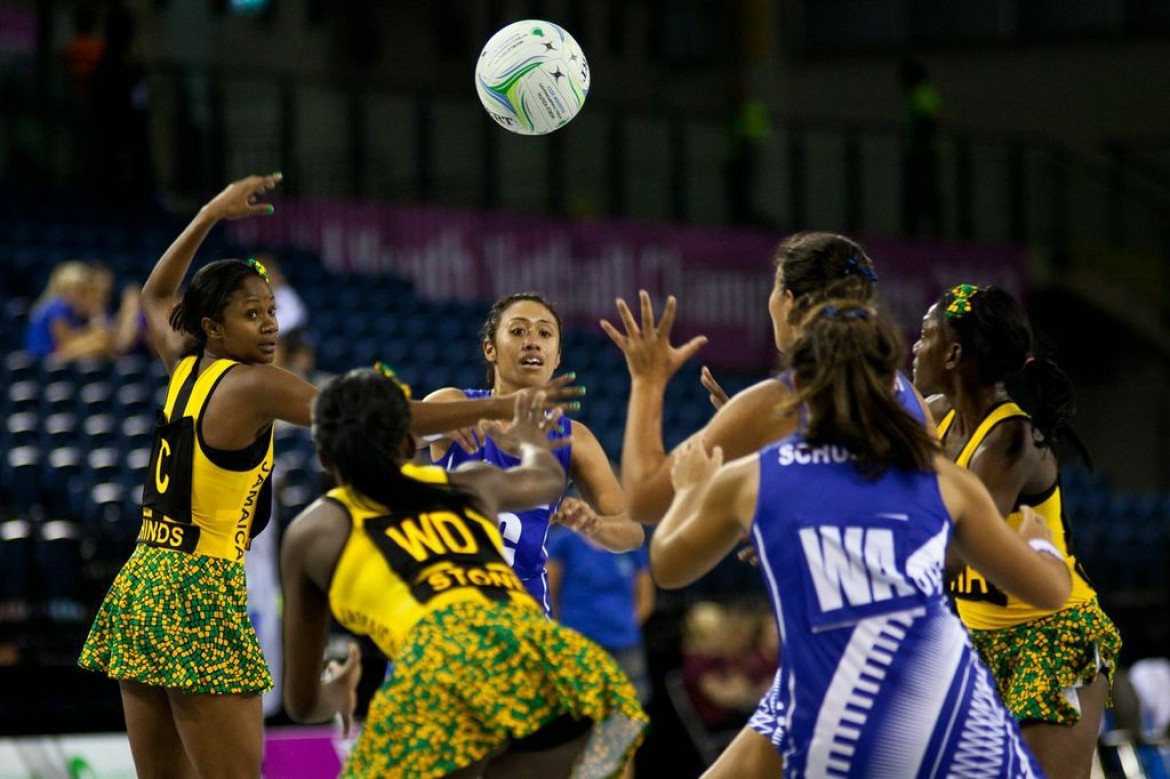 [hr]
Jamaican outshone Samoa in their first game, winning by a comfortable 64 goals to 20.

But it was far from an easy ride. Samoa put on an excellent performance, putting pressure on the ball and forcing Jamaica to use a long pass that was easily intercepted.

It was the strong Jamaican defence that prevented Samoa notching up the goals – their dominance in the circle made it difficult for Samoa to feed their shooters, and their elevation ensured it was them who got the rebounds.

Being the tallest team in the competition, Jamaica used it to their advantage by utilising Shantal Slater, a 6ft 2 inch shooter, to convert their efforts into goals in the first half.

However miscommunication and misjudged catching in the circle meant that easy balls were lost to the Samoans.

After a confident win in A tri nation tournament including England and Trinidad & Tobago earlier this year, they have high expectations. “We’re looking to go all the way” said Jamaican Head Coach, Oberon Pitterson-Nattie, “but we’re taking it one game at a time.”
[hr]
[column2]