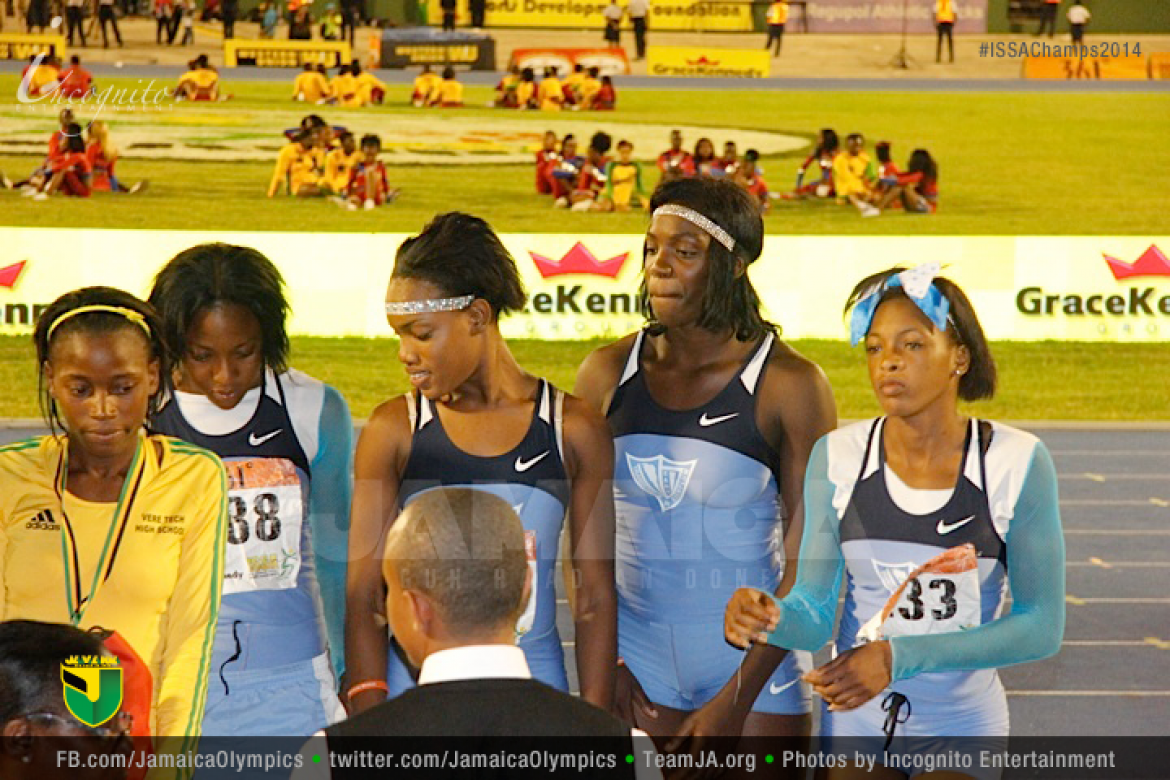 The ISSA Grace Kennedy 2014 Championships came to an end tonight, dubbing Calabar High School victorious for the Boys and Edwin Allen High School taking it home for the Girls. 22 records were broken, in total at this spectacular Track and Field event!!

Devon Spencer of St. Elizabeth Technical High broke the record of 59.66m with a whopping distance of 63.97m in the Boys Javelin Open.

After his record breaking performance last night, Jaheel Hyde of Wolmer’s Boys returned on Day 5 to claim victory in the 110M Hurdles ahead of Tyler Mason of Jamaica College.

Jevaughn Minzie of Bog Walk High took Gold in the Class 1 Boys 200M ahead of Martin Manley of St. Jago High and Michael O’Hara of Calabar High. Zharnel Hughes of Kingston College, the 100m record holder did not show up for this event. Javon Francis of Calabar High, pulled up and did not complete the race.

Christoffe Bryan of Wolmer’s Boys broke his old record of 2.19m in the Boys Class 1 High Jump setting the new record to 2.20m. He then raised the bar to 2.23m, breaking the record for the second time in one night.

The victors of the night celebrated as they ran on to the track raising their flags high. The closing ceremony commenced and the victors sat on the track while the crowd was entertained by a music and dance number along with cheerleaders and a marching band. The night came to a close with a spectacular display of Fireworks.

The final point standing for The Issa Grace Kennedy 2014 Boys and Girls Championships are:
[hr]

via www.facebook.com/IssaChamps
Photos by Incognito Entertainment