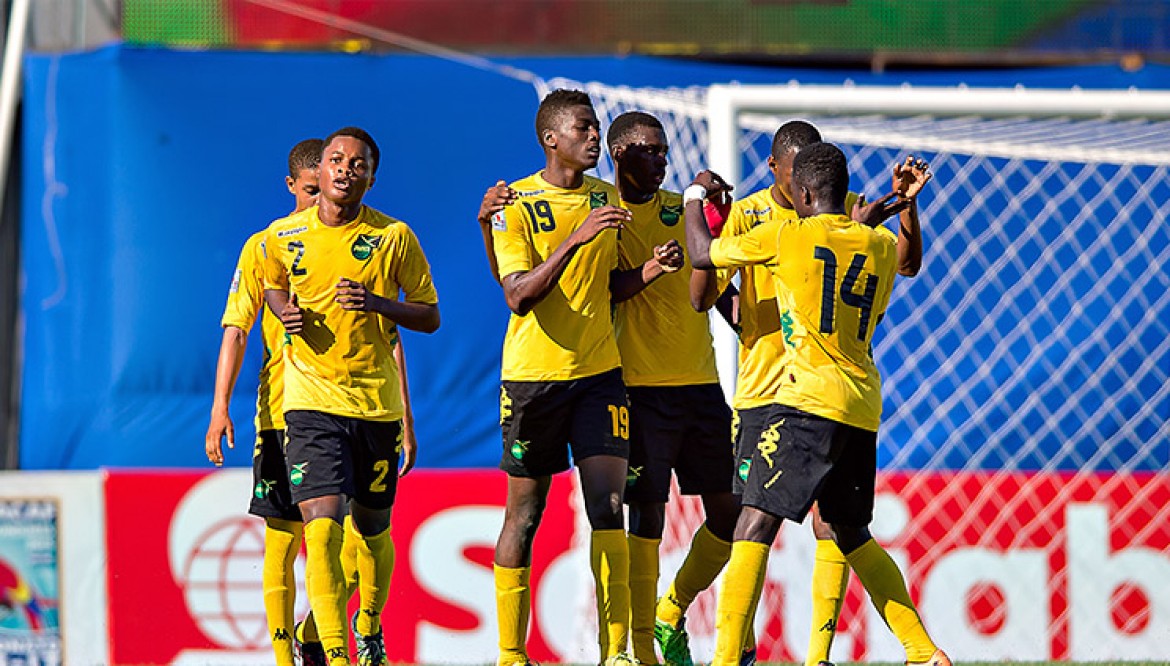 The Reggae Boyz’s berth will be confirmed if Cuba (0-2-1, 2 points) and Guatemala (1-0-2, 3 points) play to a draw in the next match of the day. However, with the benefit of other results in its favor, the Caribbean runner-up can still win Group A and snatch one of the Confederation’s four tickets to the 2015 FIFA U-17 World Cup. One those outcomes requires a draw between host Honduras (2-1-0, 7 points) and the United States (3-0-0, 9 points) in the tripleheader’s last encounter.

In their first-ever CU17 meeting, Trinidad needed a win to remain in contention. It started brightly, when Chaz Burnett’s 26th minute effort from the left side of the box hit goalkeeper Jahmali Waite’s hand, before crashing off the near post.

One minute later, Jamaica’s Nathaniel Adamolekun and Trinidad goalkeeper Levi Fernandez collided at the penalty spot. As the ball continued towards the goal, Tekay Hoyce retreated to clear it off the line.

With those near misses out of the way, the goals started to flow.

Peter Vassel gave the Jamaicans a 1-0 lead in the 39th minute, beating Fernandez at the left, near post with an innocuous right-footed attempt from 25-yards out off a short feed from Alex Marshall.

The Soca Warriors responded swiftly, equalizing in the 43rd minute. Noah Powder stroked a 20-yard free kick with his left foot inside the right post to give his side hope heading into halftime.

Jamaica, though, was not yet ready to take a break and netted the game-winner in the third minute of first-half stoppage time. Nathaniel Adamolekun got behind the Trinidad defense to latch onto a long ball played out of the back. With Fernandez charging off his line, the Orlando City youth standout – at full speed – lofted his shot from 22-yards out into the back of the net for his third CU17 goal. 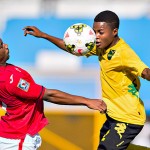 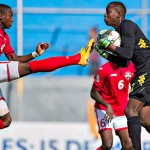 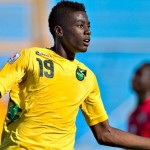 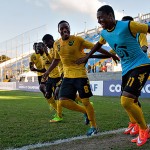 That tally changed the flow of the game, especially late in the second half. While it probed for needed goals, Trinidad left openings that Jamaica was happy to capitalize upon.

The Jamaicans expanded their lead further in the 80th minute. Marshall delivered a superb ball to the top of the box for second-half substitute Tajea Brown, who knowingly or unwittingly chipped over Fernandez’s half-time replacement Tyrek James.

The efficient Brown made it 4-1 five minutes later, bursting into the left side of the box and lobbing James from 15-yards out.

Jamaica closed its goal account in the 90th minute. Shandel Senior was dribbling in the Trinidadian area and, while losing possession, actually jabbed short pass for Dawkins to finish with an emphatic right foot.

The Caribbean rivals will return to action on Wednesday with Trinidad taking on Cuba and Jamaica facing the United States.