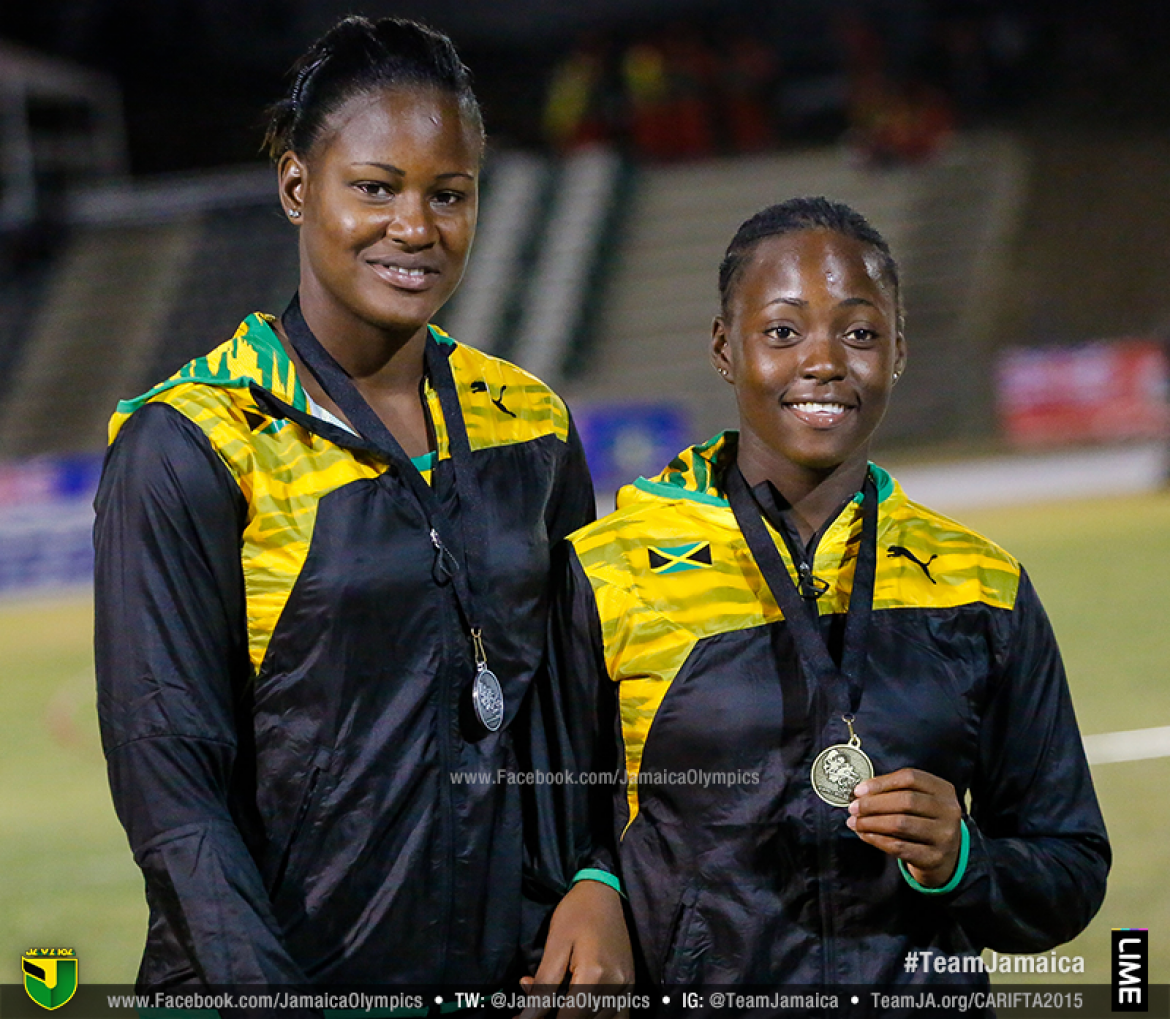 Jamaica’s 2nd Gold medal came in the Pole Vault Open as Akeem Kerr (4.10M) emerged the winner ahead of Jessy Voiter of Martinique. There were only two athletes participating in the Pole Vault.

Tamara Moncrieffe battled very windy and cold conditions to retain the Girls U20 Triple Jump Title, securing Team Jamaica’s 3rd Gold medal of the opening day. The newly minted ‘Champs’ record-holder won with a leap of 13.44M. Moncrieffe who told Jamaica Olympics that she came ‘with a mindset to get her personal best’ expressed disappointment at not accomplishing that mission but was satisfied with her efforts given the prevailing conditions. Ave-Anna Venair put in a creditable performance in the U18 girls Triple Jump but failed to grab a podium spot.

Team Jamaica’s competitors in the 400m semi-finals all progressed to the final. The overwhelming favourite for the U18 Boys Christopher Taylor (48.58) cruised to an easy win in Heat 3 while Devaughn Ellington (49.41) won Heat 1 in convincing fashion to book their spots in the final. The fastest qualifiers were Jamal Walton of the Cayman Islands (47.40) and Jacob St. Clair of Trinidad and Tobago (48.20).

Sanique Walker and Junelle Bromfield easily advanced to Saturday’s finals with Bromfield clocking the fastest time of 53.86 seconds while Walker was 3rd fastest with 55.24. Doniesha Anderson (54.67) of the Bahamas was the 2nd fastest through to the finals.There were no preliminaries for the U20 girls.

Terry Thomas was not as smooth as he would have wanted but qualified after finishing 3rd in his heat in 48.61. Akeem Bloomfield looked to be in imperious form, easily winning his heat in 46.98, the fastest time going through to the finals. “The wind down the backstretch was terrible. The conditions are a bit cold and not suitable for sprinting so I just went out there to qualify for the finals” said Bloomfield in an interview with Jamaica Olympics after the race. Bloomfield’s comments about the wind and the cold were also echoed by most of the Jamaicans competing on Day 1 and also those who were just acclimatizing themselves with the facilities and conditions.