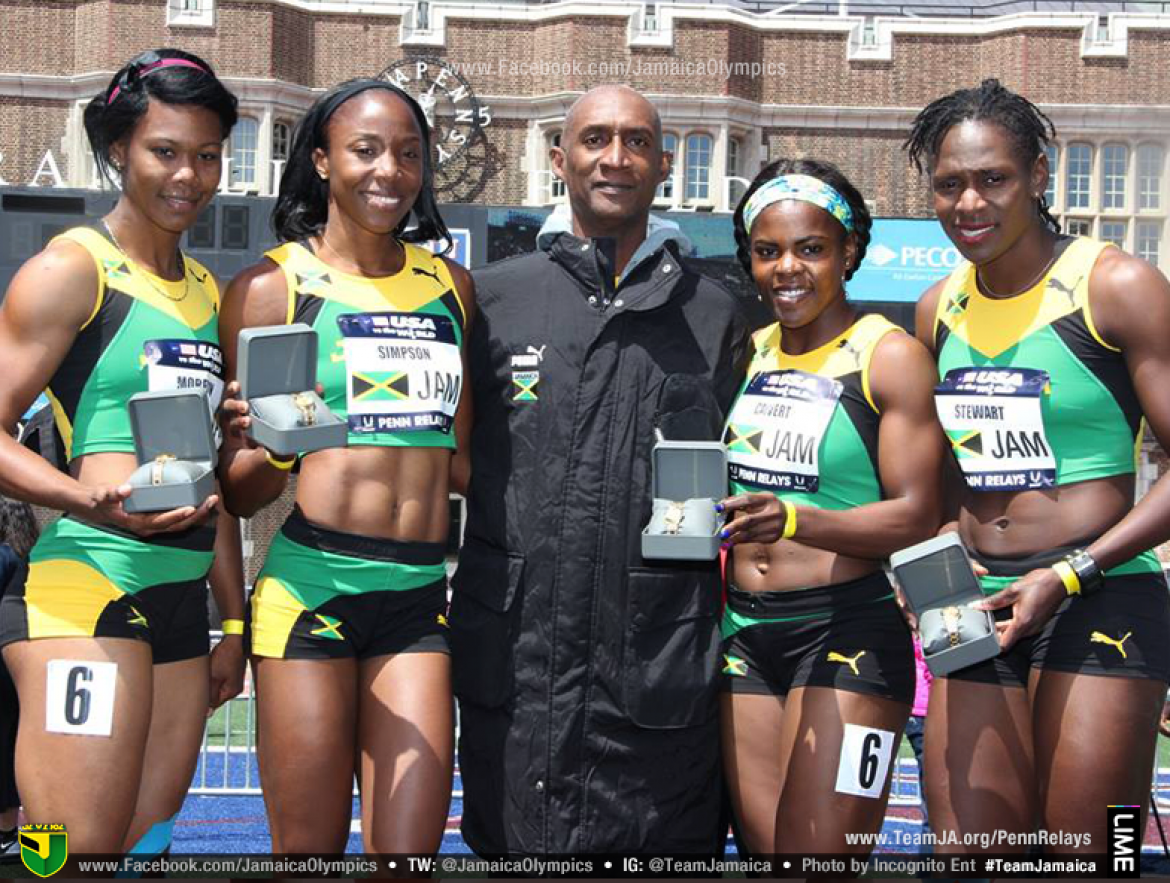 It may have been called the USA vs the Rest of the World in a series of relay events but the organizers could have easily renamed it USA vs Jamaica. In what was a mini preview of the battles to come at the 2nd IAAF World Relays in the Bahamas, the USA came out 4-2 winners in the head-to-head match up against Team Jamaica but it could easily have been 3-3 after both teams were separated by a few thousandths of a second in one event after returning identical times.

The USA men (38.68) were the first to strike a blow as their 4x100m Red Team buoyed by a super second leg by Justin Gatlin had enough of a lead to hold Jamaica (38.88) with Asafa Powell on anchor at bay. Gatlin destroyed Michael Frater on the 2nd leg after Nesta Carter had given the world record holders the usual bullet start. Jason Livermore on the 3rd leg failed to make inroads leaving Powell with an insurmountable mountain to climb.

It was 1-1 after the women’s equivalent as Jamaica with the experienced trio of Kerron Stewart, an impressive looking Sherone Simpson and Schillonie Calvert as well as the promising Natasha Morrison on anchor was able to hold off the charging 17 year old Kaylin Whitney on anchor for the USA. The Jamaican belles stopped the clock in 43.70 with the USA 2nd in 43.79.

The USA took both 4x200m relays to jump into a 3-1 lead. Team Jamaica’s men’s team of Jermaine Brown, Rasheed Dwyer, Jason Livermore and Oshane Bailey were no match for the USA men who won easily in 1.20.64 to Jamaica’s 1.21.45. Jamaica’s women came very close to winning the 4x200m with an injured Natasha Morrison failing by the ‘flair of a nostril’ to hold off the fast closing Porscha Lucas on anchor for the USA.

Both teams were timed in 1.31.98 with the USA given the win after the results were rounded down to the thousandth of a second. Sherone Simpson showed once again that she was back with another impressive leg while Schillonie Calvert did her chances of first team selection for next week’s ‘World Relays’ no harm with another very good run on the 3rd leg. 400m specialist Shericka Williams ran the opening leg.

Team Jamaica paraded a near all star team for the Women’s 4x400m relay with the evergreen veteran Patricia Hall joining 2014 Commonwealth Games mile relay gold medalists Stephanie McPherson, Christine Day and Anastascia Le-Roy to produce a World Leading 3.26.58 to beat the USA (3.28.42). The USA men (3.00.86) were never threatened by their Jamaican counterparts as they ran out fairly comfortable winners over the Bahamas (3.01.63) with the Jamaican quartet of Allodin Fothergill, Javon Francis, Ricardo Chambers and Rusheen McDonald (45.07 split) finishing a distant 3rd in 3.03.02.