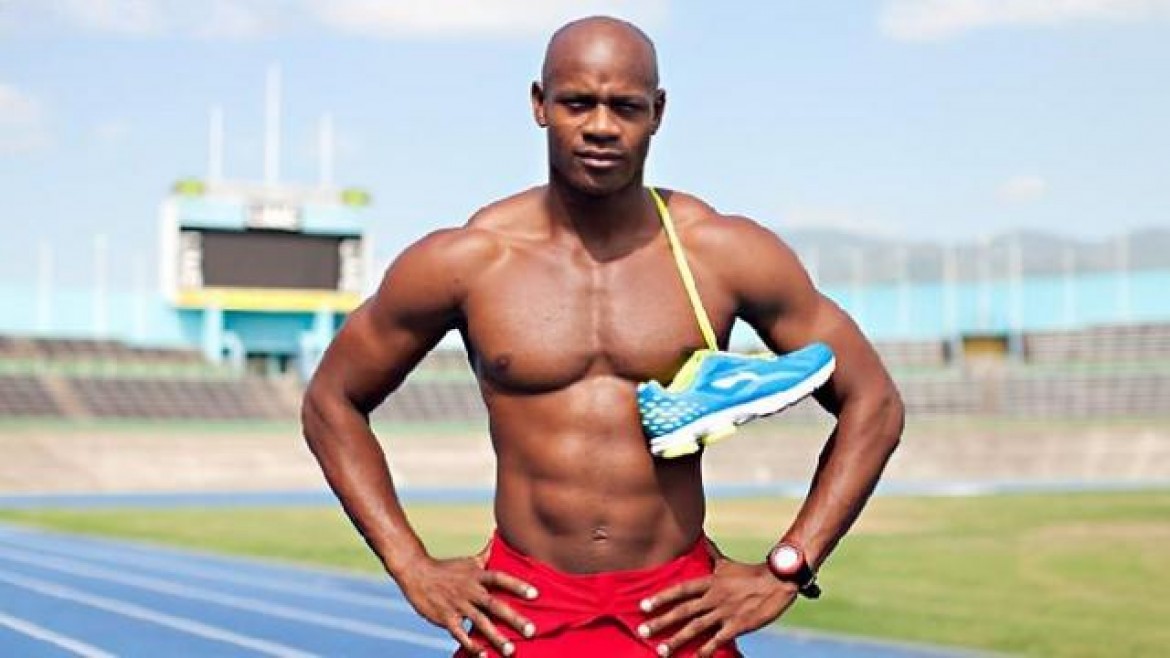 Some say the women’s 400m will be the most exciting race at the Jamaica International Invitational World Challenge Meet at the National Stadium in Kingston on May 9. Others will disagree perhaps casting their ballots for the men’s 200m, the women’s 200m , the men’s 100m or even the star studded Shot Put.

So good will the action be that any of those events along with maybe two or three others on paper could hold bragging rights as the event those who will be at the stadium or following in cyberspace are most anticipating. So stellar are the fields that some are taking on the appearance of what many envisage the lineups will be at the World Championships later this year in Beijing, minus one or two of the world’s greats.

Many are keen to see what Team Jamaica’s finest will show the world. The likes of breakout schoolboy star quarter-miler Akeem Bloomfield, the phenomenal Javon Francis, new sensation Elaine Thompson, the much improved Megan Simmonds and Julian Forte are just a few of the young luminaries Jamaicans are eager to see match their immense talent against some of the best local and international stars.

The women’s 400m has for years been one of the blockbuster events of the Jamaica International Invitational and this year’s edition promises much of the same. The ‘who’s who’ of the women’s one lap event will be on parade including many time national champion and 2014 Diamond League Event winner Novlene Williams-Mills, 2014 Commonwealth Games Champion Stephenie McPherson, Olympic Champion Sanya Richards-Ross, World Champion Christine Ohurugu, 2014 World Indoor Champion and world leader Francena McCorory, many times Diamond league winner over 400m hurdles Kaliese Spencer, Christine Day and Anastacia Le-Roy .

Richards-Ross who will be making her 8th appearance at the meet, won the event 3 years in a row but has not won since 2008 finishing 5th last year while McPherson won in her breakout year in 2013 and was runner-up in 2014. The defending champion is the impressive McCorory who set the world lead of 50.13 at the Drakes Relays two weeks ago.

Jamaica has experienced a dearth of world class 400m male athletes over the past 10-15 years but many are seeing the dawn of a new day and a possible return to the glory days with the young brigade led by Javon Francis and the sub 45 Kingston College schoolboy Akeem Bloomfield. Francis ran two storming anchor legs at the just concluded IAAF World Relays in The Bahamas and seems back to his best.

His 44.00 and 44.01 splits left many in awe and licking their fingers at the prospect of him facing off against the likes of world Champion Lashawn Merritt, Asian Record Holder Yousef Masrahi of Saudi Arabia , Olympic Silver medalist and last year’s winner Luguelin Santos of the Dominican Republic, Isaac Makawala the African record holder and Belgian record holder Jonathan Borlee. An interesting entrant if he has recovered from his Penn Relays injury setback will be national junior record holder Bloomfield. Many are eager to see how he will acquit himself against some of the best quarter-milers at the world level.


[/column2_last]
Elaine Thompson has been fearless all season but the newest member of Jamaica’s sub 11 club admitted recently to being a bit nervous ahead of her first taste of action in the big leagues. The current joint world leader and UTech athlete will face no easy task as she lines up against a quality field including the likes of Olympic 200m champion Allyson Felix who is no chicken over 100m and 2014 Commonwealth Games double sprint champion Blessing Okagbare of Nigeria. Also expected to face the starter are the seemingly back to form Kerron Stewart, the fast-starting Natasha Morrison and Schillonie Calvert, members of Jamaica’s gold medal winning team to the World Relays last weekend.

The men’s 100m promises to be just as exciting and could feature the likes of 2013 World championship Bronze medalist Nesta Carter, 2014 Commonwealth Games 100m Champion Kemar Bailey-Cole and Trinidad and Tobago’s record holder Richard Thompson, former world record holder Asafa Powell and the University of Technology’s high-flying duo of Kemarley Brown and Andrew Fisher. Powell will be making his first appearance on local soil in two years and will be buoyed by an impressive performance at a meet in Guadeloupe recently where he clocked a very good 10.08 against a strong headwind.

Perhaps the most interesting confirmed participant is Ryan Bailey of the USA. Bailey sparked the ire of many Jamaicans including 2013 World Championships 200m Silver medalist Warren Weir after spoofing Usain Bolt’s ‘To di worl’ pose and capping it off with a ‘cut throat’ gesture. Bailey’s celebrations came after he anchored the USA team to victory over Jamaica in the sprint relay finals in Bahamas a week ago.. Bailey relishes a challenge and the potentially hostile crowd could be his motivation to beat a strong field.

Shelly-Ann Fraser-Pryce will be looking to make a statement early when she faces a very tough field in the women’s 200m. The ‘Pocket Rocket’ will be hard-pressed to beat the likes of the impressive American sprinter Towrie Bowie and the progressive young Bahamian Shaunae Miller, both of whom have run considerably faster than the diminutive Jamaican speedster.

Sherone Simpson who has found a new lease on life was just beaten by Fraser-Pryce at The UTech Classic about a month ago and will be looking to not only turn the tables on her more illustrious former club mate but to also turn back the challenges of Miller and Bowie. Shericka Jackson, if entered could prove a handful for her more accomplished rivals.

The exciting Julian Forte who has been promising to break unto the world scene for the past two seasons, will get a chance to showcase his credentials against a highly competitive and experienced field when he contests the 200m. Forte who ran a personal best 20.19 at the UTech Classics is confident that he can get the better of the likes of former world champion Tyson Gay, the consistent Nickel Ashmeade, 2014 Commonwealth Games Champion Rasheed Dwyer and other world class campaigners over the half lap.

The men’s and women’s 400m hurdles will also provide some keen competition. 2013 World champion Jehue Gordon will headline the field in the men’s segment. Gordon finished a narrow second last year to Felix Sanchez of the Dominican Republic in what many thought was a contender for race of he meet. The Jamaican charge is expected to be led by Ansert Whyte, Isa Phillips and Leford Green. 2014 Commonwealth Games 400m hurdles Bronze medalist Janieve Russell, Penn Relays Champion Rushell Clayton as well as the Tracey sisters, Ristanana and Nikita are the Jamaicans expected to face the starter.

The sprint hurdles are expected to feature some hot clashes with both the men’s and women’s field being blessed with the presence of the current world leaders. In the 100m hurdles crowd favourite Dawn Harper-Nelson would like to do her signature flips and dance moves after a winning run, but that will be no easy task with world leader Jasmin Stowers (12.40) of Louisiana State University in the line-up. Megan Simmonds gets her chance to gauge her readiness for the battles ahead in possibly the toughest race of her young hurdling career.

The mens 110m hurdles should also produce some fireworks. Among those scheduled to compete are national record holder and 2012 Olympic Bronze medalist Hansle Parchment, 2014 Commonwealth Games Champion Andrew Riley and World leader Aleec Harris of the USA. Intercollegiate Champion Ronald Levy could seize the opportunity to further lower his personal best in his first race against top class competition.

The marquee field event will no doubt be the Men’s Shot Put. The 2014 Commonwealth Games Champion and national record holder O’Dayne Richards who is in good form after two 21.00M throws at the UTech Classic will look to reign supreme on local turf but will have to be at his best if he is to get the better of the formidable trio of American multiple world champions Ryan Whitting, Reese Hoffa and Christian Cantwell.

The Discus should also provide some excitement among the top Jamaicans, two of whom have already met the world championship qualifying standard. Travis Smikle and Jason Morgan will be looking to join Chad Wright and Frederick Dacres as the Jamaican’s who have attained the A qualifying standard.