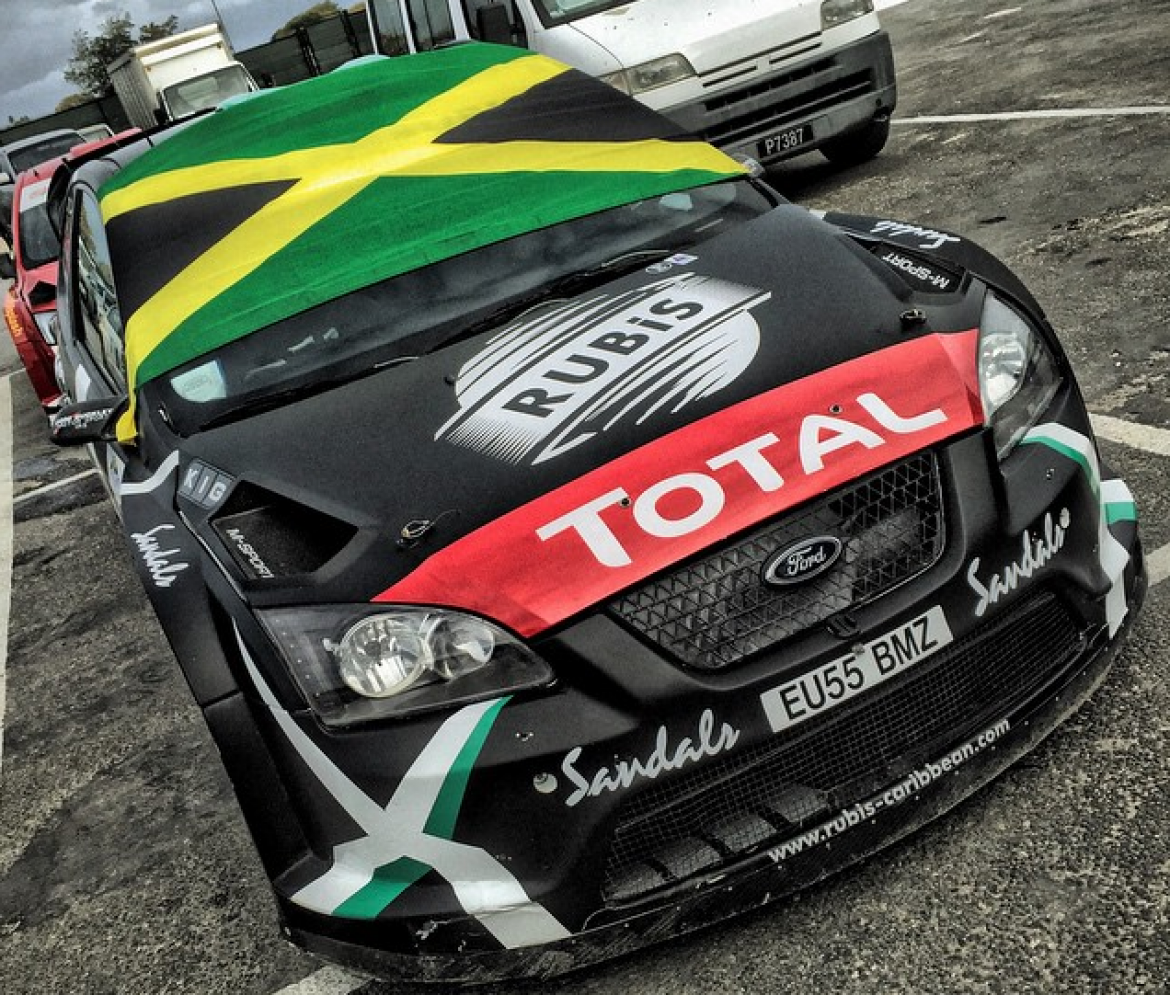 Jamaica’s Jeffrey Panton led an overseas lock-out of the Sol Rally Barbados podium at the weekend (May 29-31), as the Barbados Rally Club (BRC) celebrated the 25th Anniversary of its premier event with a record-breaking entry. In the Panton Motorsport and Pro Auto Works-supported Ford Focus WRC06, he beat double European Champion Simon Jean-Joseph by just 2.09 seconds, with former winner Paul Bird third, both in Focus WRC08s.

After the results were made final yesterday (Monday), Panton and co-driver Mike Fennell Jr received their awards from Gina Cummins, brand, communications & external affairs manager of Sol Caribbean, at a packed Prizegiving at The Boatyard beach bar in the island’s capital, Bridgetown. As well as trophies for first place, victory in WRC-1 and highest-placed overseas 4wd, they each received a Tissot watch from Little Switzerland.


[/column2_last]
Panton, who last won the event in 1998, said: “It was by far the most difficult rally to win that I have ever competed in. The pace was absolutely on the limit from start to end with mere hundredths separating the top three on each stage. To win against such a quality field means a lot; to come out on top by such a small margin after three days of war was very rewarding. This has definitely gone down in my history book as the most accomplished result.”