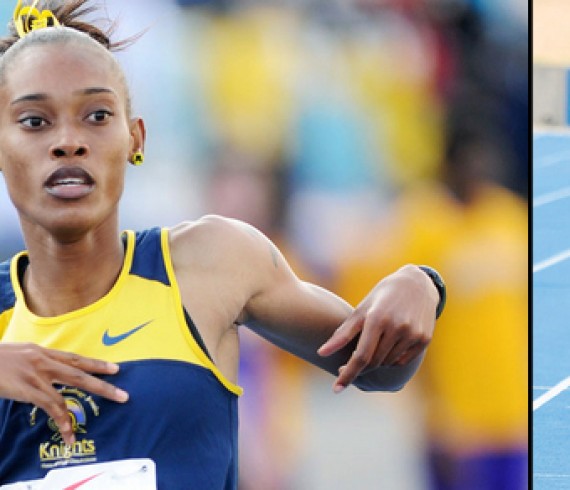 by admin· April 14, 2013· in Carifta, FIFA, Football, Jamaica, News, Rio 2016, Track and Field· 5658 comments tags: Athletics, Ato Boldon, Brussels, Brussels: Bolt comes back to Memorial, Carifta, Carifta 2013, Carifta U-17, Carifta U-20, Diamond League, Diamond League Brussels, Jamaica, Jamaica sports, Shelly-Ann Fraser-Pryce, Team Jamaica, Team Jamaica Carifta, U-17, U20, Usain Bolt
University of Technology’s Stephanie McPherson ran another world leading time for the women’s 400 metres at the UTech Classic at the National Stadium yesterday. McPherson who clocked a world-leading and personal best 50.78 seconds for the distance at the inter-collegiate championships a week ago, lowered her time to 50.74 but she still felt she could have done better. “I wanted to run a faster time but the heavy wind affected me, but I am looking forward to the remainder of the season as I am hoping to make the National team to the World Championships this year,” McPherson, a former Mannings’ School student, said after winning her event yesterday. G.C. Foster College’s Anastasia Leroy continued her good early season form, placing second in 53.54 as her former high school teammate, Bobbi Gaye Wilkins-Gooden, in her first competitive race in two years, was third overall in 53.67.   Scare for Blake Olympic 100 metres silver medallist Yohan Blake gave his supporters a scare in the men’s 100 metres which was being run at press time. Blake stopped half way the event which was won by St Kitts’ Kim Collins. An official from Blake’s camp said the athlete felt some stiffness in […] Read More 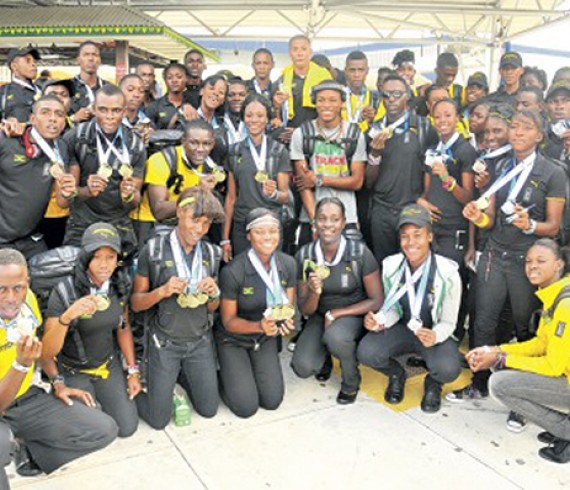 by admin· April 04, 2013· in Carifta, Jamaica, News, Rio 2016, Sourced, Track and Field· 8740 comments tags: Athletics, Ato Boldon, Brussels, Brussels: Bolt comes back to Memorial, Carifta, Carifta 2013, Carifta U-17, Carifta U-20, Diamond League, Diamond League Brussels, Jamaica, Jamaica sports, Shelly-Ann Fraser-Pryce, Team Jamaica, Team Jamaica Carifta, U-17, U20, Usain Bolt
On the track and in the field, the Carifta Games was Jamaica’s business as usual. A total of 69 medals and a 28th straight year on top don’t lie. Off track, burning questions beg for good answers. As soon as young star Michael O’Hara was declared ill with a full-blown case of chicken pox, a red flag went up. Apparently, young O’Hara arrived in The Bahamas afflicted. It makes you worry for those with whom he travelled there and for his family, friends and colleagues at Calabar. If the virus was passed on to the Carifta team and those they came close to in The Bahamas, the consequences are dire. Presumably, the Carifta officials were convinced that the crisis was well handled by the Jamaican team. Otherwise, they would have had no choice but to send Jamaica home.       HEALTH CONCERNS PERSIST That would have killed off the Carifta Games, but the health concern would have had top billing. As things stand, it’s critical to check how O’Hara became infected and to care for any others who may be in danger. I’m no public-health expert, but the first step seems to be an immediate check with his family […] Read More