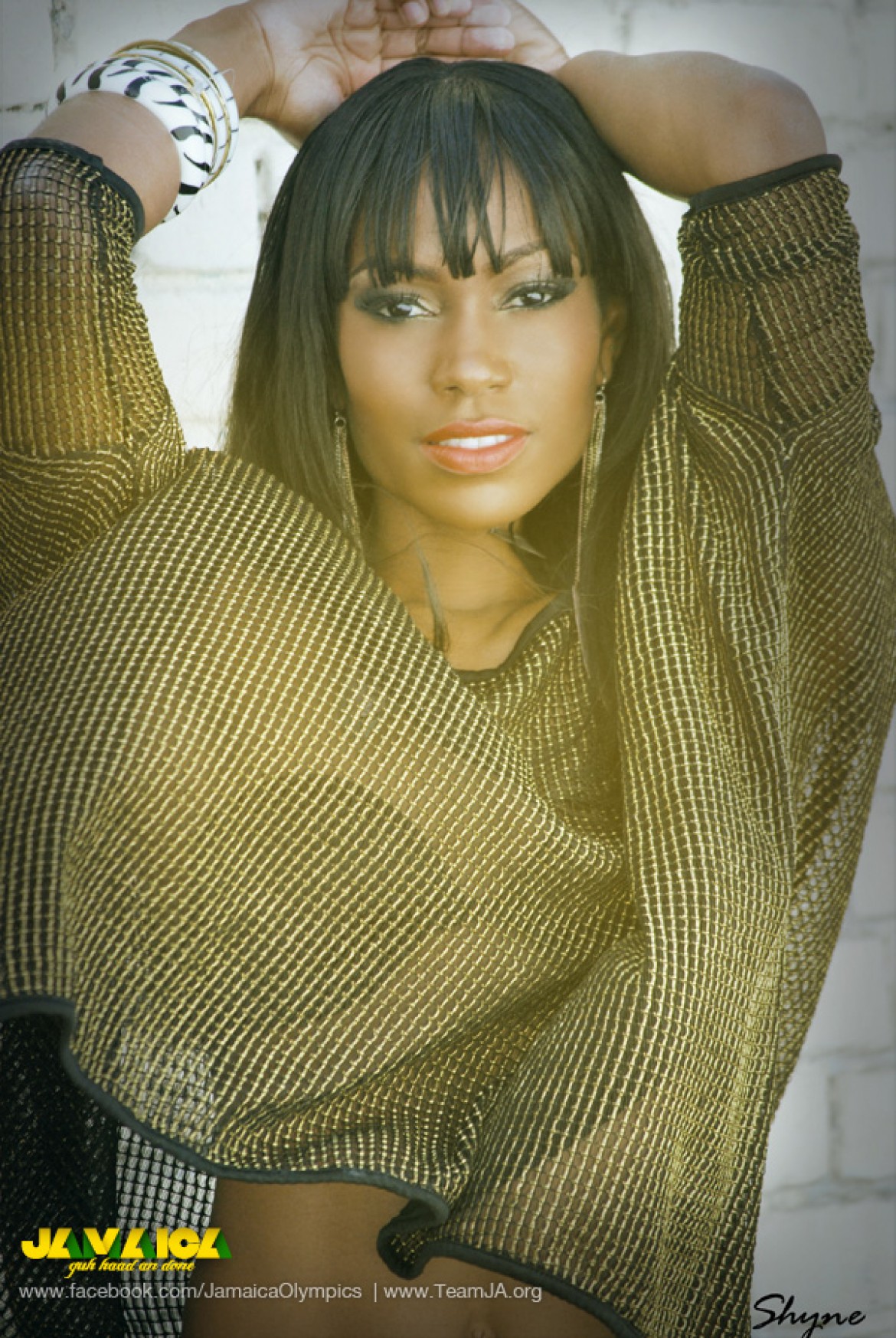 When one door closes you can rest a sure that somewhere another will open. TeamJa.org has connected with the beautiful and talented Shevon Stoddart. We have featured many of our current Olympians but this time we bring to you a former 2-time Olympian who just missed making the 2012 Olympic Team. Shevon Stoddart has an array of talent and you shall soon discover why we are excited to feature her.

WHAT DO WE REALLY KNOW

Shevon Stoddart is a 400 hurdler for Jamaica. She represented Jamaica at the 2004 and 2008 Olympic Games as well as at many other international competitions. Shevon was born in Jamaica and grew up in New York. She is an only child born to Yvonne Glenn Barnett who raised Shevon on her own. Shevon states “I am my Mommy’s little girl and I always will be.” She states her mother is very supportive of her and always encourages her to aim high. She would tell me “Giving less than 100% is not good enough.” The array of pictures and multiple youtube video hits proves that Shevon is a model, entertainer, hard worker and someone who gives nothing but her best.

Shevon has faced a multitude of success and setbacks. Here is a snippet of her story:
“Well, after the last 2008 Olympic Games, which I was ranked, top 10 in the world in the 400m hurdles. I relocated and got hurt.  I’ve been working hard to get myself back to top form and at trials I finally felt like I was back.  Actually, I know I’m back. I ran a comfortable season’s best in my first round, 56.0 and was very ready for the Finals. Unfortunately, I hit hurdle 8 and that threw off my rhythm. I went out there to win and honestly, only a hurdle could have stopped me that night. That hit cost me making the 2012 Olympic team. After the race I didn’t even realize that I had a hit the hurdle because I was so focused, but I knew something went wrong and it was disclosed in the replay of the race.  Not making the team and realizing she did hit the hurdle would have been a harsh reality for anyone. However, Shevon realized that “even though I did not make the team, I knew that I gave my very best effort and that is what matters.  I thanked the Lord for getting me through the race injury free. See I trust the plan that God has for my life, so I held my head High and was confident in that.”  As a 2-time Olympian Shevon had high aspirations for going to the Olympics and while she did not make it running she will be on the plane to London for something else. “London is Special.  This will be my third time going to the Olympic Games, but this time I’m going for another track, and that’s MUSIC. Being an Artist/Singer is something that I have always wanted to do.  I just ended up running really fast first. I have a great passion for both. So going to London for my musical talent, which I have so much love for really makes me happy and just truly thankful.  It’s a big step for me.”

ON A DEEPER NOTE

You will constantly find Shevon tweeting spiritual, positive and motivational quotes and scriptures. She stated that she could not give a favorite verse in the bible because she loves the whole book. Shevon finds strength in her mother to keep pushing even when she hits road blocks and adversity, but it is truly the love of God she says that motivates her. Her exact words were “For me to walk in his greatness is what I desire.” As a passionate and talented woman of God Shevon assured TeamJA.org that even though she is excitedly taking on her music career at the summer games; this is not the last of Shevon Stoddart on the track. “2013 will be a Great Year.”

As we know now Shevon is an athlete, model and singer but we have to add author to the mix. Shevon just finished writing a book that she plans on releasing in the future she extends that she plans to merge sports, music and all other projects in a very unique, new and exciting way. With great things in the works she will be praying and patiently moving forward to all that awaits her in 2013.

So the word is out Ms. Stoddart will be performing in London. Shevon shares that this was not something she expected. She returned to her home in Los Angeles. One day after she returned home she received a phone call inquiring if she was still going to London. She explained that she was not. The company insisted that they still wanted her to go. She was at lost for words, thankful, happy and excited all in one. “Sometimes we don’t understand or know how God is working in our lives, but we must trust and believe that he has a great plan for us all. God wanted me to be in London for a reason and I will be there.” While in London, she will be joining with her Sponsor PUMA for some other exciting events.  Shevon will be appearing at the PUMA Yard, an after Party on the 12th at the “Loop”, as well as other events during her time in London.  She will be tweeting through her journey to London, keeping all of her fans and supporters updated so they will have the opportunity to get a chance to meet and see her perform.

This is not Shevon’s first major performance as she has graced the stages of clubs, weddings, churches and various events for Puma in the past. She is excited to go to London because she will be able to cheer on Jamaica in person and represent her sponsor puma. Shevon sends her love and appreciation to all over her fans, friends and family she reminds them to “Put God first and trust in his strength that’s within you enjoying every moment of your life and giving nothing less than 100% in all that you do.”

Follow Shevon on twitter @shevonstoddart and like her fan page Shevon Stoddart for more updates on her journey. To get the latest news on all of your Jamaican athletes keep coming back to TeamJA.org.