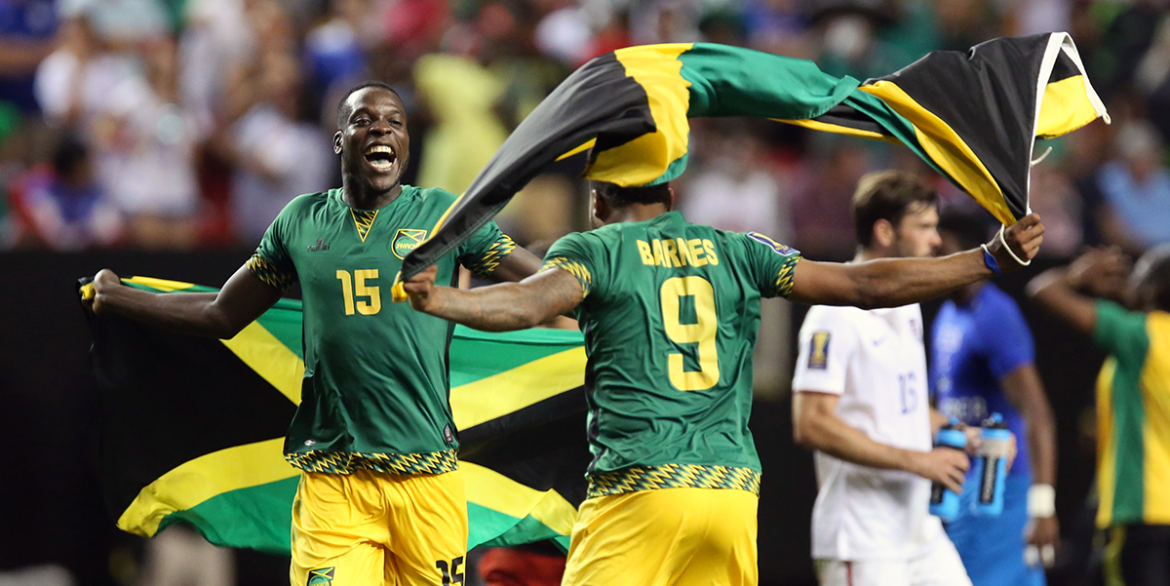 ATLANTA — As delighted as Jamaica was with its stunning victory over the United States on Wednesday, the Reggae Boyz’s historic journey through the 2015 CONCACAF Gold Cup is not quite done.

And no one is happier to continue on than head coach Winfried Schafer.

The Reggae Boyz will face Mexico on Sunday in Philadelphia, and they will hope to become just their second team—after Canada in 2000—to break the dominance of the U.S. and Mexico in the confederation’s biggest international tournament.

If they do so, a good amount of credit will go to coach Winfried Schafer, who has made all the right moves while managing his side marvelously this summer.

So despite losing all three games in Chile, Jamaica’s players had time to mesh. In addition, Schafer had further opportunity to instill his style and principles into the squad, which remained together for the trip north to the U.S. for the Gold Cup.

“I am very proud of my team,” the 65-year-old German said after the semifinal win. “What we were doing from the first minute to the last minute was over the limit.

“I am very happy. We are not finished. We cannot make a party now. We have one match more.”

That would be in the final at Lincoln Financial Field in Philadelphia on Sunday against Mexico, which defeated Panama 2-1 in extra time to advance.

“Back in the Jamaica right now there’s got to be a party somewhere,” said attacker Giles Barnes, whose superb 18-yard free kick lifted the Boyz to a 2-0 halftime lead over the defending champion. “It will even be greater when we lift the cup in the final as well.”

If that was to happen, it would be yet another historic achievement. Jamaica became the first Caribbean side to reach the final and only the second Caribbean side to win a road game against the U.S.; Haiti was the first in a 1-0 win in San Diego, California, on May 11, 1969.

The six-time Caribbean champion’s greatest soccer moments came in 1998, when it competed in the FIFA World Cup for the first time.

“I think it’s up there,” remarked Barnes, when asked to rate the result against the U.S. “We made history by getting into the final. It’s an incredible achievement. I think we shocked a few people along the way. We haven’t shocked ourselves.”

“We don’t fear anybody and that’s such a big thing.”

“Mexico is one of the best teams in CONCACAF, not only CONCACAF,” Schafer finished. “In the World Cup, [they] played fantastic football. I like this football, one touch, two touch. Celebration.”

On Sunday, the Jamaicans would like to be the ones doing the celebrating — one more time.

via CONCACAF and Bleacher Report
Featured photo: Players from Jamaica (pictured) celebrate after defeating the USA in the CONCACAF Gold Cup semifinals on July 22, 2015, in Atlanta, Georgia. (Photo: Mexsport)