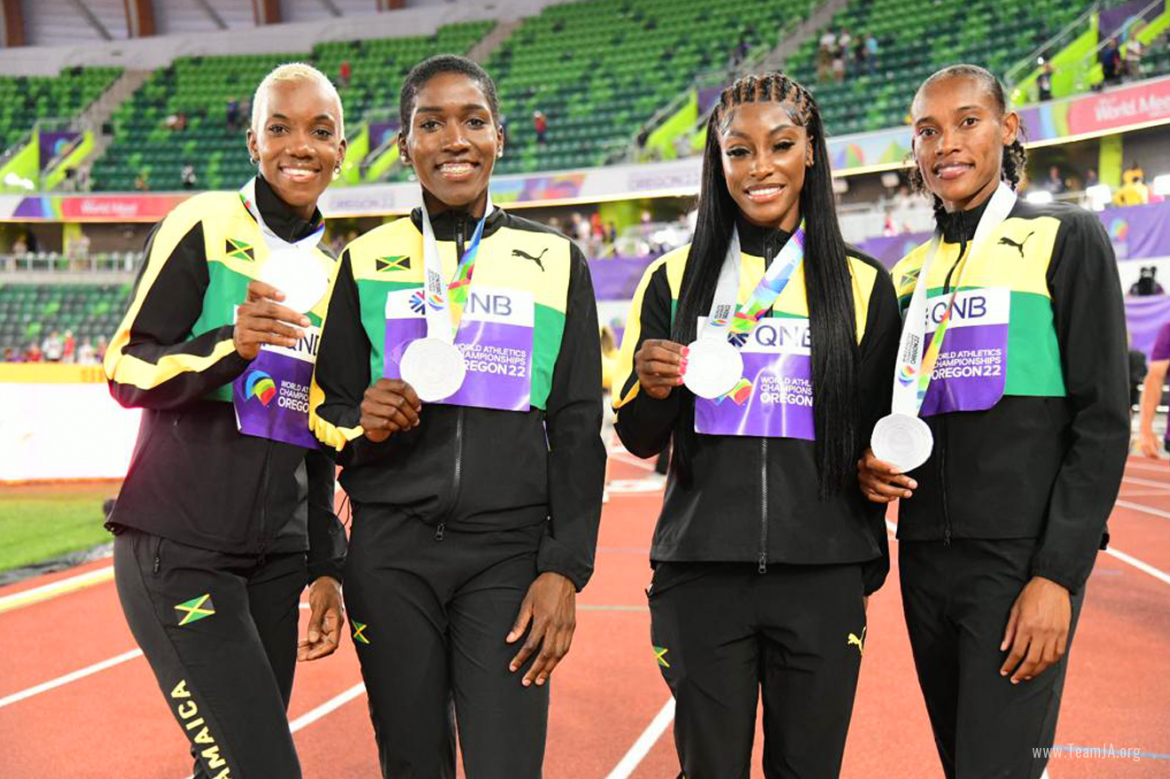 Jamaica won three silver medals on the final day to end its successful campaign at the 18th World Athletics Championships in Eugene, Oregon.

Jamaica, which started the final day with seven medals, was one of four countries to finish with double-digit medals to finish third overall on the medal table with ten (10) and second on the placing table with 110 points.The evening session got underway with the women’s 100m hurdles serving up the appetizer for what turned to be a majestic grand finale. Jamaica’s Britany Anderson, the world U20 record-holder, became the country’s national record holder after posting 12.31 seconds to win her semi-final. It was an outrageous run, which made her the 9th fastest woman of all time. 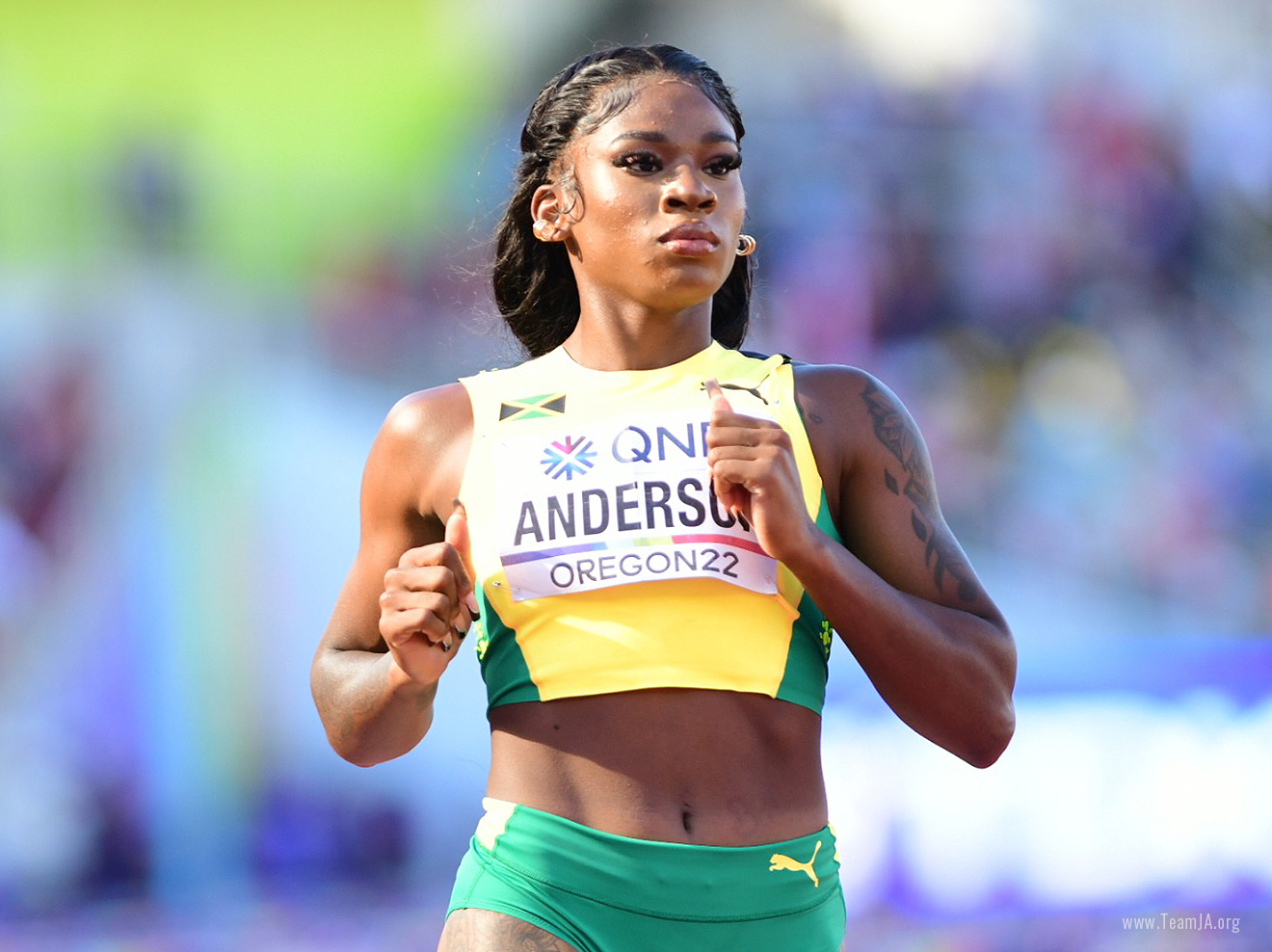 Anderson followed that sensational run with a similar display in the final skimming over the ten barriers with precision to claim silver in a wind-assisted 12.23 seconds (+2.5 m/s) behind Nigeria’s Tobi Amusan in 12.06. In fact, Anderson shared the same time with Olympic champion Jasmine Camacho-Quinn from Puerto Rico, however, the tie broke in Anderson’s favour by the timer – 12.224 to 12.229.

In the semi-finals, Amusan set a new world record of 12.12 seconds. 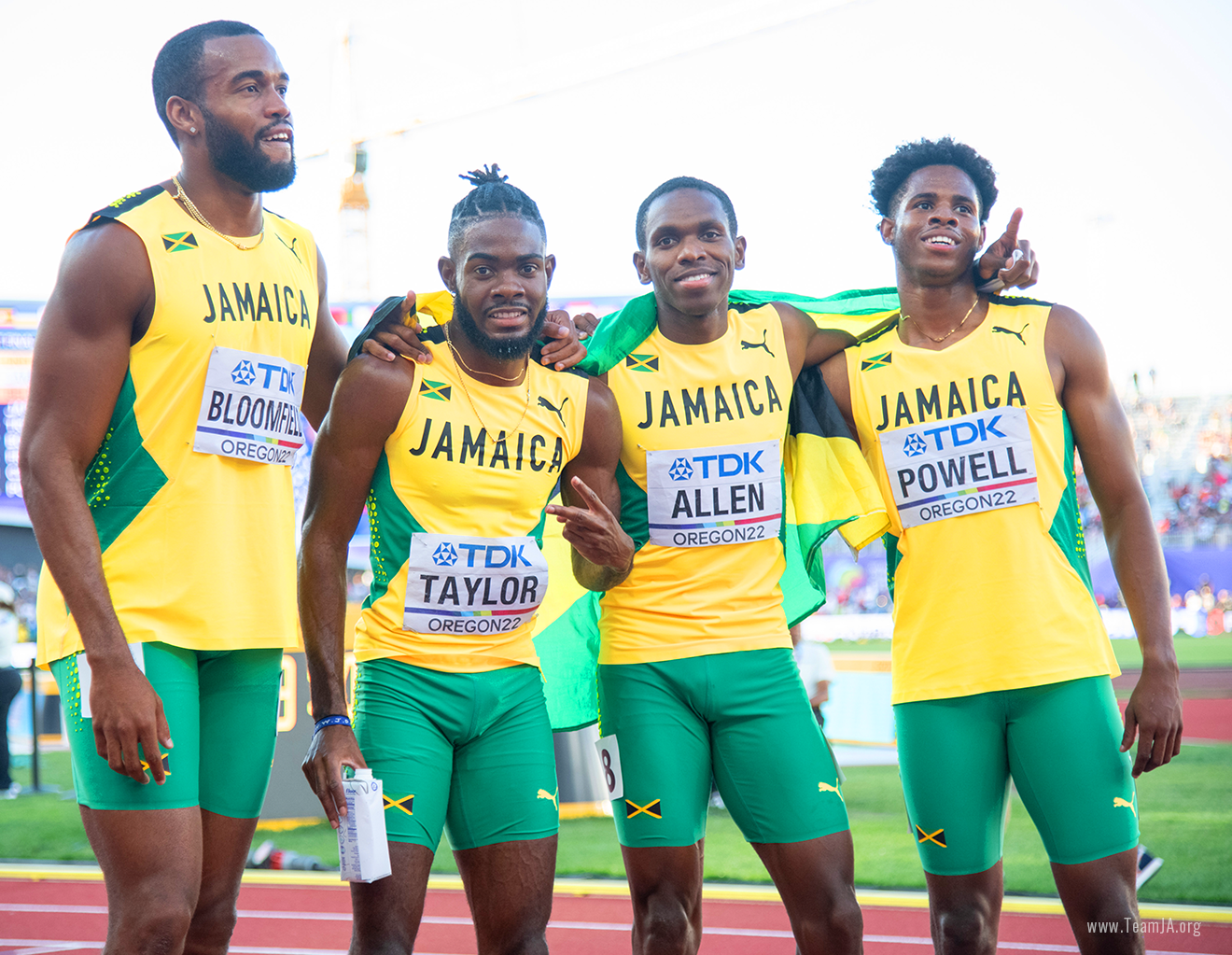 The men’s and women’s 4x400m relays were the final races on the track, and the Jamaicans ensured they were on the medal podium for both events with courageous runs.

The quartet of Akeem Bloomfield, Nathon Allen, Jevaughn Powell and Christopher Taylor ran a season’s best 2:58.58 to clinch silver ahead of a stubborn Belgium team in 2:58.72. Team USA won in a world-leading 2:56.17. This was the only medal won by the men in the championship.