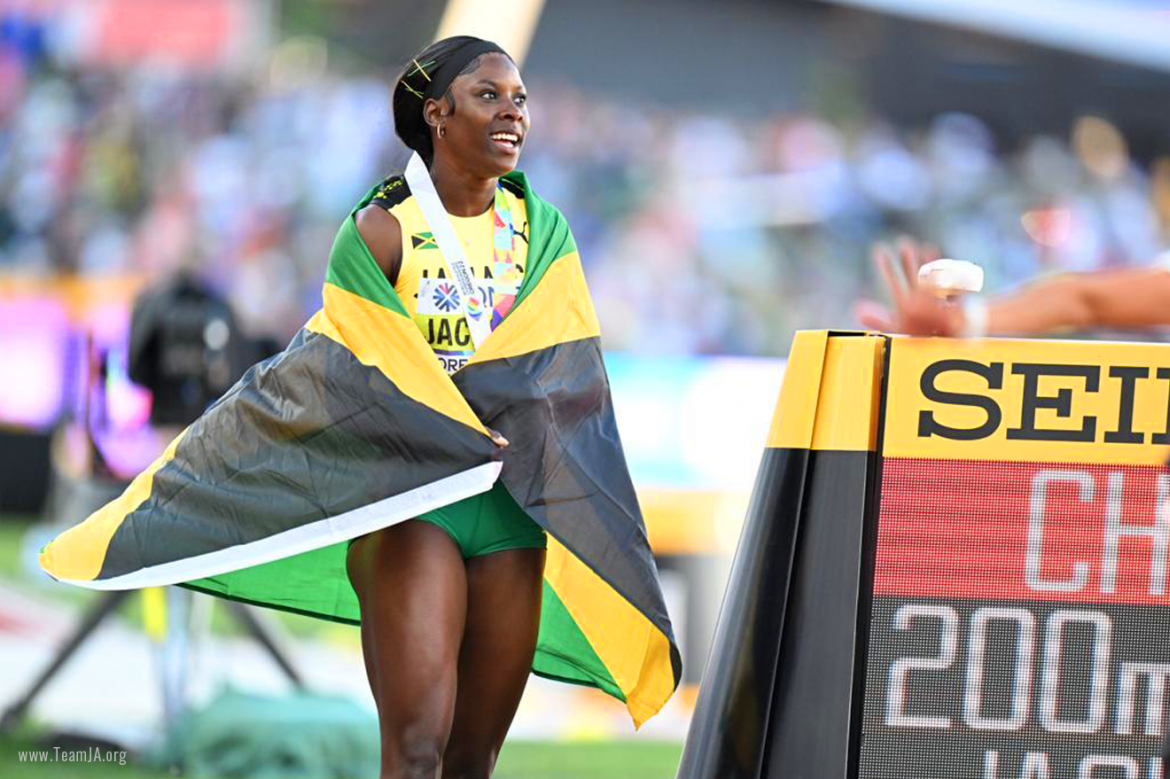 Eugene, Oregon – Shericka Jackson crowned herself world champion in the women’s 200m on Thursday (21) and with that she accomplished several milestones.

Jackson, who was competing in her first 200m final at a major championship, stormed to a championship record in 21.45 seconds (+0.6 m/s), the second fastest time ever, and became the first woman to collect medals in the 100m, 200m and 400m at the World Athletics Championships.

“I definitely believe it was the perfect race,” said Jackson. “I just wanted to execute the best possible race tonight and I think I did that, I got a massive personal best, a championship record and the gold medal.”

“I know I was capable of running fast, I wanted to run fast, and once I execute, I will definitely go fast. To come out here and do it is a great feeling and I’m grateful.” 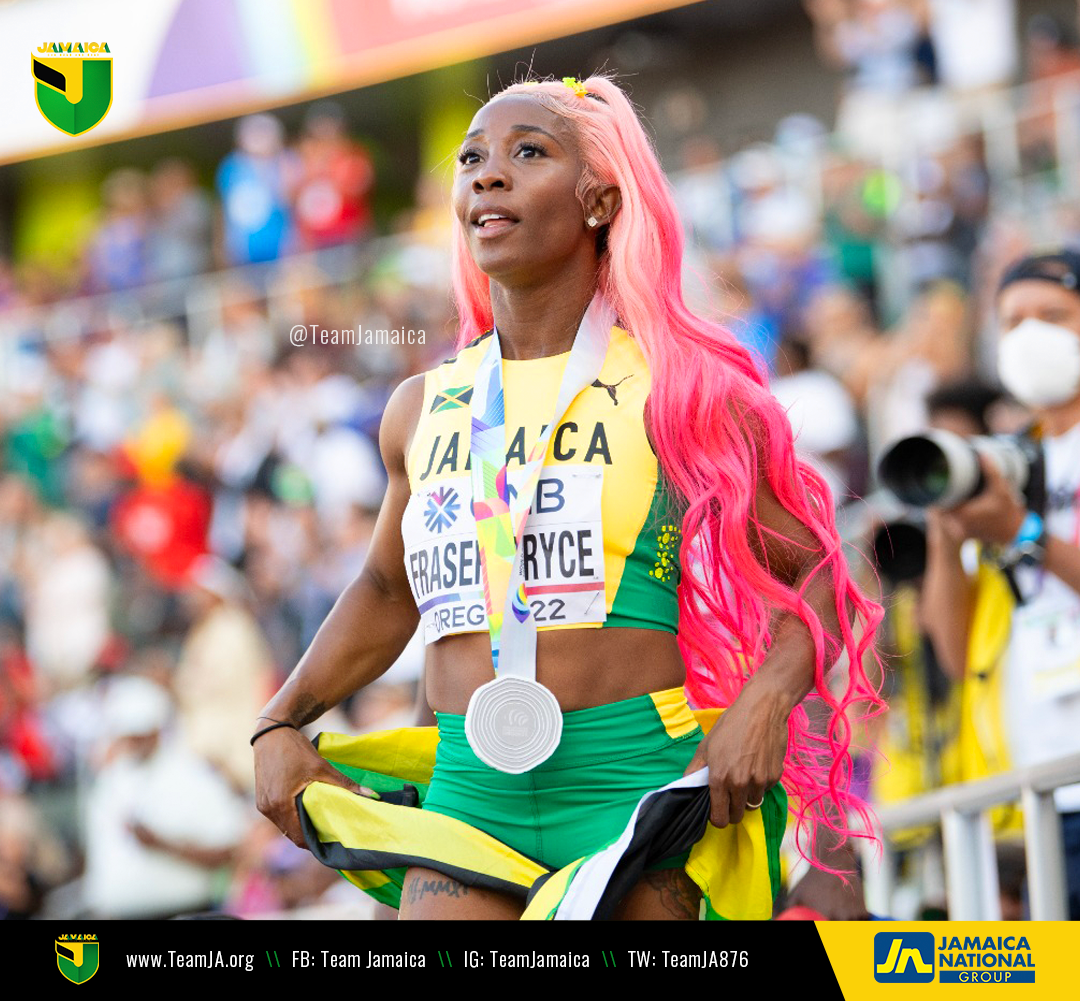 Her compatriot, Shelly-Ann Fraser-Pryce, ran beautifully to claim silver in 21.81 seconds, a season’s best and 0.02 off her personal best. Fraser-Pryce, the last woman to win the sprint double at a world championships, climbed joint second on the multiple medallists list with four medals.

“Listen, I am tired,” said Fraser-Pryce. “I was really, really tired physically and mentally and still I wanted to come out and have a good run. This has always been an event that challenges me.”

Defending champion Dina Asher-Smith clocked 22.02 seconds to claim third. “The calibre the girls are running is so high right now,” Asher-Smith said. “I do not think we are going to see anything like that again. I knew I really had to run today.”

Earlier in the evening, Natoya Goule and Adelle Tracey both qualified for the women’s 800m semi-finals with contrasting runs.

Tracey, who recently received her Jamaican citizenship, having previously competed for Great Britain, ran a lifetime best of 1:59.20 to finish third in her heat. “It’s been an incredible experience representing Jamaica,” said Tracey. “I’m super excited to have progressed to the next round and curious to see what my body can do.”

Goule, on the other hand, ran a very controlled race where she led from start to finish crossing the tape in 2:00.06. 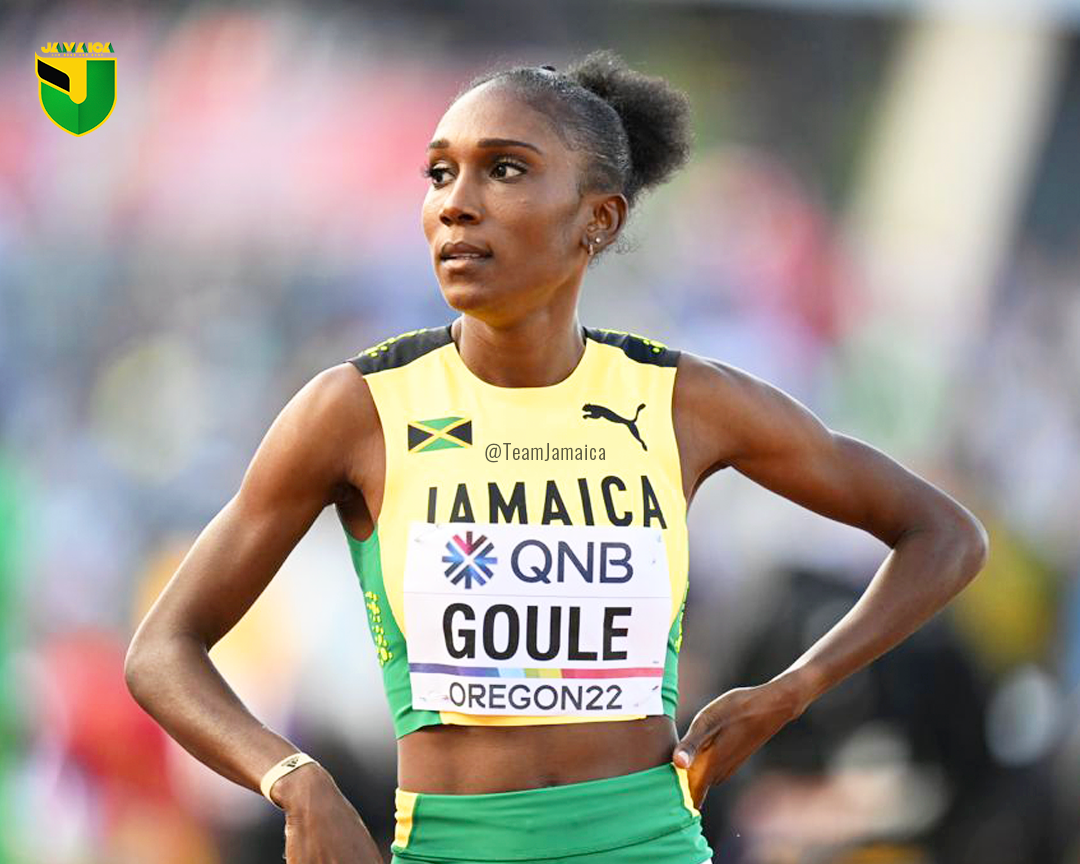 “I just wanted to go out there and stay in control of how I know Natoya can go,” said Goule. “Normally when we go out there and run other people’s races, we don’t run to our potential. “Right before the Penn Relays, I was sick, I thought I had a cold, but it might have been Covid, and I was not finishing my races properly. I am glad that I’m stronger now and feeling like myself again.”

Jamaica’s third entrant, Chrisann Gordon-Powell finished fifth in her heat in 2:01.91 and failed to advance.