Taylor made for the record books 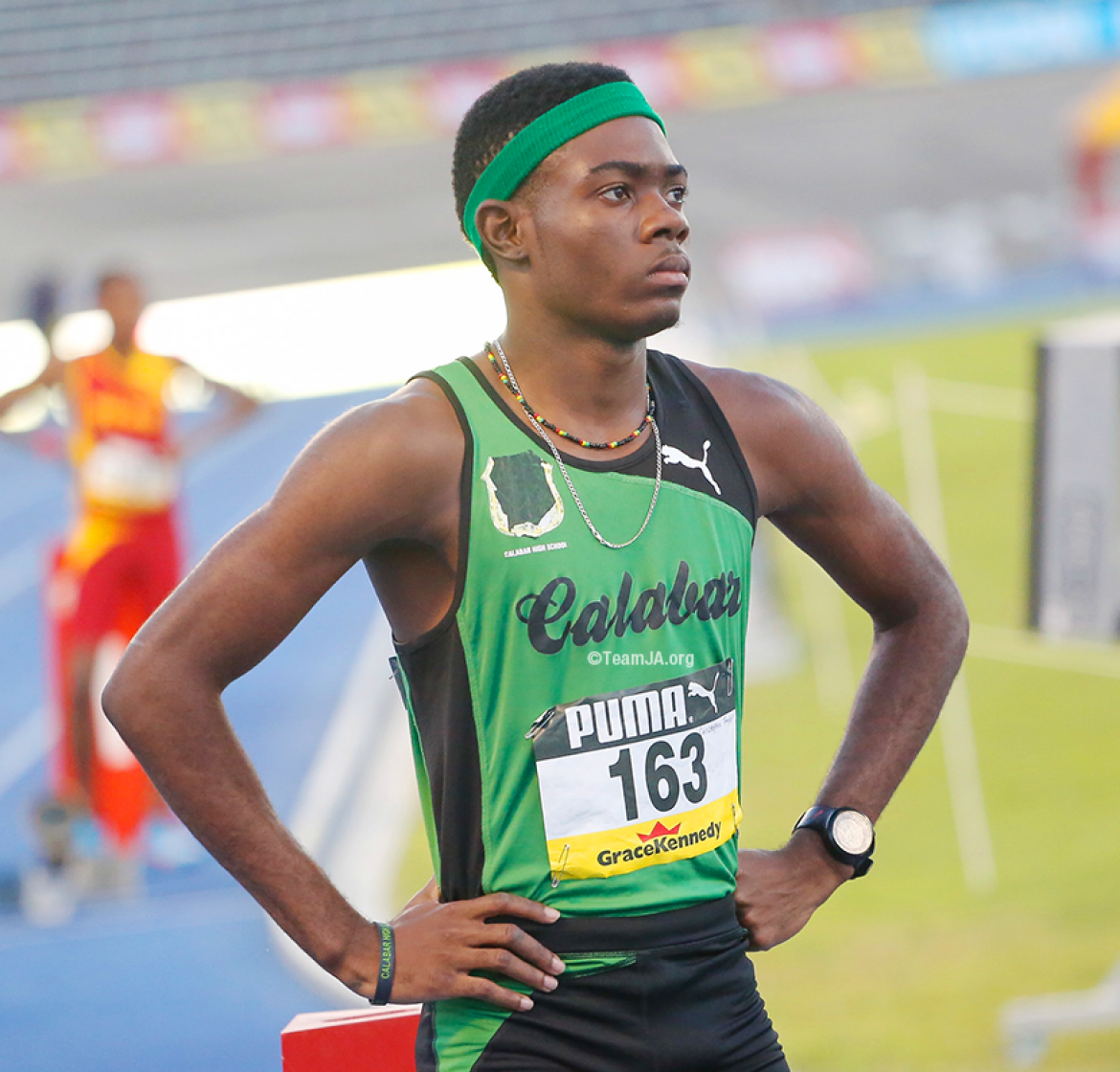 Day One of Champs 2016 can be summed up in two words – Christopher Taylor. The 2015 IAAF World Youth Champion did what many expected on the opening day of the 2016 ISSA/Grace Kennedy Boys and Girls Championships as he scorched the track on his way to decimating Devaughn Baker’s 3 year old Class Two 400m record of 46.64.

The exciting Calabar High phenom launched his assault in much the same way he did the Class Three record in 2014 clipping over three tenths of a second off the old mark to etch his name in the history books yet again. With the new mark of 46.33, Taylor now holds the Class Two and Class Three records for the one lap event. He is the first athlete to capitalize on the $25,000.00 scholarship on offer from the sponsors to an individual or a team breaking a record at Champs 106.

No one would bet against him lowering that mark in the finals or semi-finals. The real battle seems to be for the other medals. Taylor’s team-mate Brandon Heath looked good in qualifying. Anthony Cox of St. Jago, Romel Plummer of Munro College, Dashinelle Dyer of STETHS and Colby Jennings of Jamaica College were the other leading contenders to advance.

Another marquee name on display on Day One was the National Junior record holder Akeem Bloomfield of Kingston College who looked ridiculously easy in winning his heat 48.36 to advance to the semi-finals as the 4th fastest qualifier. Rogay Granston of Holmwood Technical, who is more known for his exploits over 800m was the fastest qualifier with 47.51. The St. Jago pair of Collin Sewell and Sean Bailey along with Shemar Chambers of St. George’s College also recorded comfortable wins in the Class One Boys preliminaries.

Fans also got a glimpse of the ‘big’ names likely to make it through to the much hyped Class One Girls 400m finals. Junelle Bromfield looked like she was out for an afternoon stroll in winning her heat in 53.63, the fastest time of the preliminary round. Main rival Ashley ‘Felix’ Williams (55.07) was very relaxed while cruising in for an easy win in the 4th fastest time going into the semi-finals. Shannon Kalawan of Edwin Allen as well as the Hydel High duo of Semoya Hemmings and last year’s Class Two champion Taquece Duggan also advanced without breaking much of a sweat.

Pre-race favourite Stacey-Ann Williams of STETHS, Sanique Walker of Vere, Moisha Barnes of Edwin Allen and Anna-Kay Allen of St. Catherine High were among the fancied athletes to make it through to the Class Two semi-finals.

Class One Long Jump favourite Obrien ‘Jumps Squad’ Wasome signalled his intentions from early, cutting the sand at an impressive 7.74m (3.2 m/s) to advance to the finals. The Jamaica College team leader referred to by many as ‘Mr. Awesome’ has Leon Gordon’s 23 year old mark of 7.87M on his radar as he looks to close out his much decorated ‘Champs’ career in glorious ‘True Blue’ fashion.

Delarno Beckford of Happy Grove High was the top qualifier in the Boys Javelin Open with 56.94M. Kevin Nedrick of Petersfield High, Tyrick Sewell and Calabar’s Adrian Mitchell were the only other athletes advancing to the finals who registered marks over 52m. Favourite and last year’s Bronze medalist Thaleetio Green of St. Jago easily advanced to the finals of the Boys 2000m Open Steeplechase.