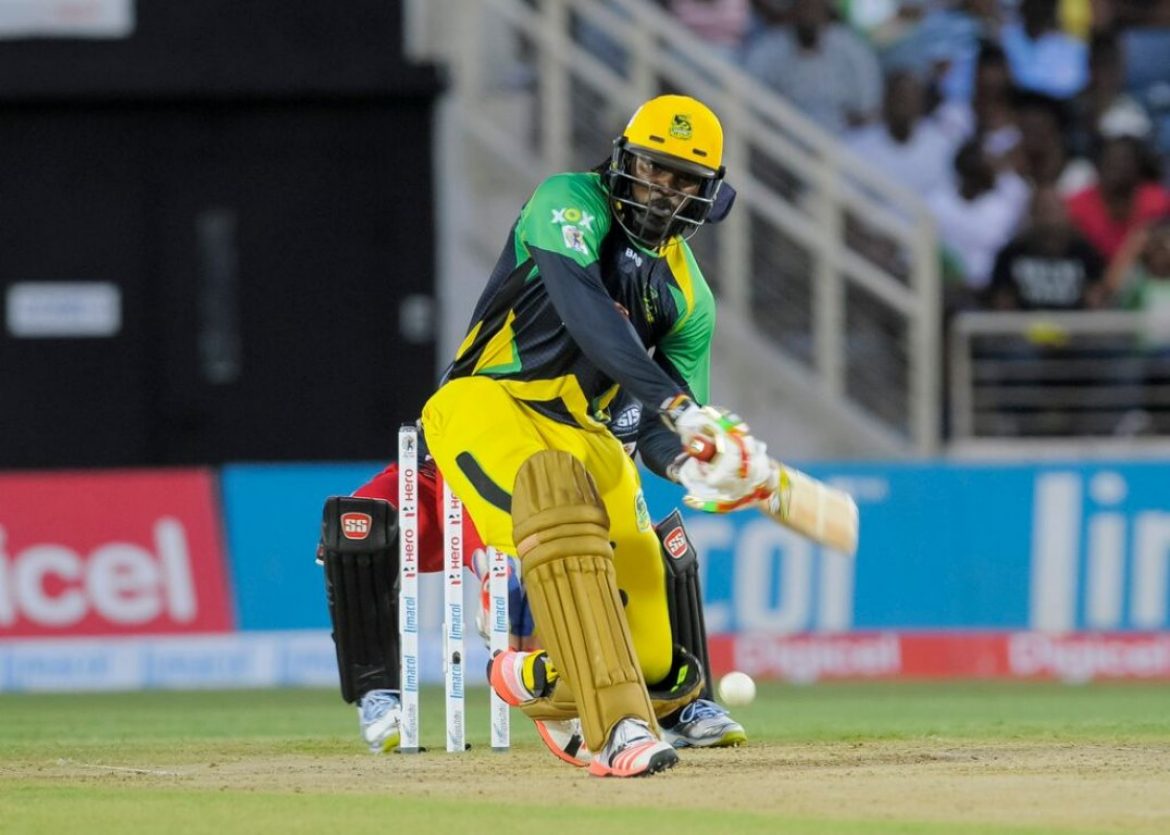 Jamaica’s Christopher Henry Gayle further confirmed his legendary status in cricket’s shortest format Twenty/Twenty (T20). The self-styled ‘Universe Boss’ crossed yet another frontier in a career decorated with T20 firsts when he became the first cricketer to score 10,000 or more runs in the fast-paced made for television format of the ‘gentleman’s game’.

The swash-buckling Jamaican who has endeared himself to millions worldwide as well as flirted with controversy (think don’t blush baby) has been enduring a lean spell with the bat for sometime. He was however at his belligerent best today (April 18) in scoring 77 runs to lead his struggling Royal Challengers Bangalore (RCB) team to only its 2nd win in the 2017 edition of the world’s largest T20 franchise tournament, the Indian Premier League (IPL).

The Jamaican who started the game three shy of 10,000 runs, reached the milestone with a less than convincing shot before gradually opening his broad bat and equally broad shoulders to add a further 74 runs to his landmark achievement. He has some 2,478 more than the next best aggregate performer, New Zealand’s Brendan McCallum who has played a mere 18 matches fewer.

Gayle also has the most T-20 centuries with 18 and has the most sixes in the format (743 – next best 459), a brilliant strike rate of 149.51 and an average of 40.62. He has played 290 matches to date for 18 different teams including international matches for two time ICC T20 World Champions West Indies, regional matches for Jamaica and as captain of the Jamaica Tallawah Franchise team, two time champions of the fast growing Caribbean Premier League (CPL).