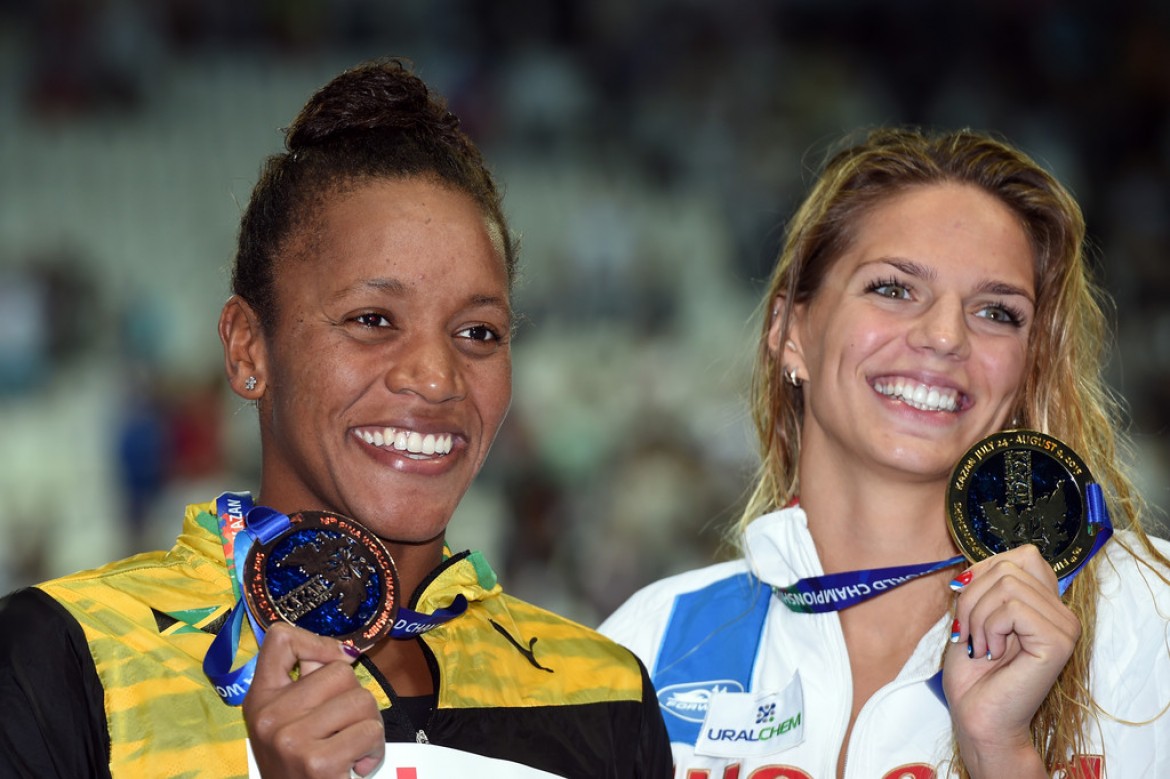 Atkinson put up a time of 1:06.42, just six one-hundredths of a second behind Meuilutyte. With her time, Atkinson was also just shy of the Jamaican national record she set in the semifinals.

Atkinson came in strong on the back-half in that race in Doha in order to win the gold and tie the world record in the event. At long course worlds she tried a different strategy, going out hard with the leaders and trying to hold on.