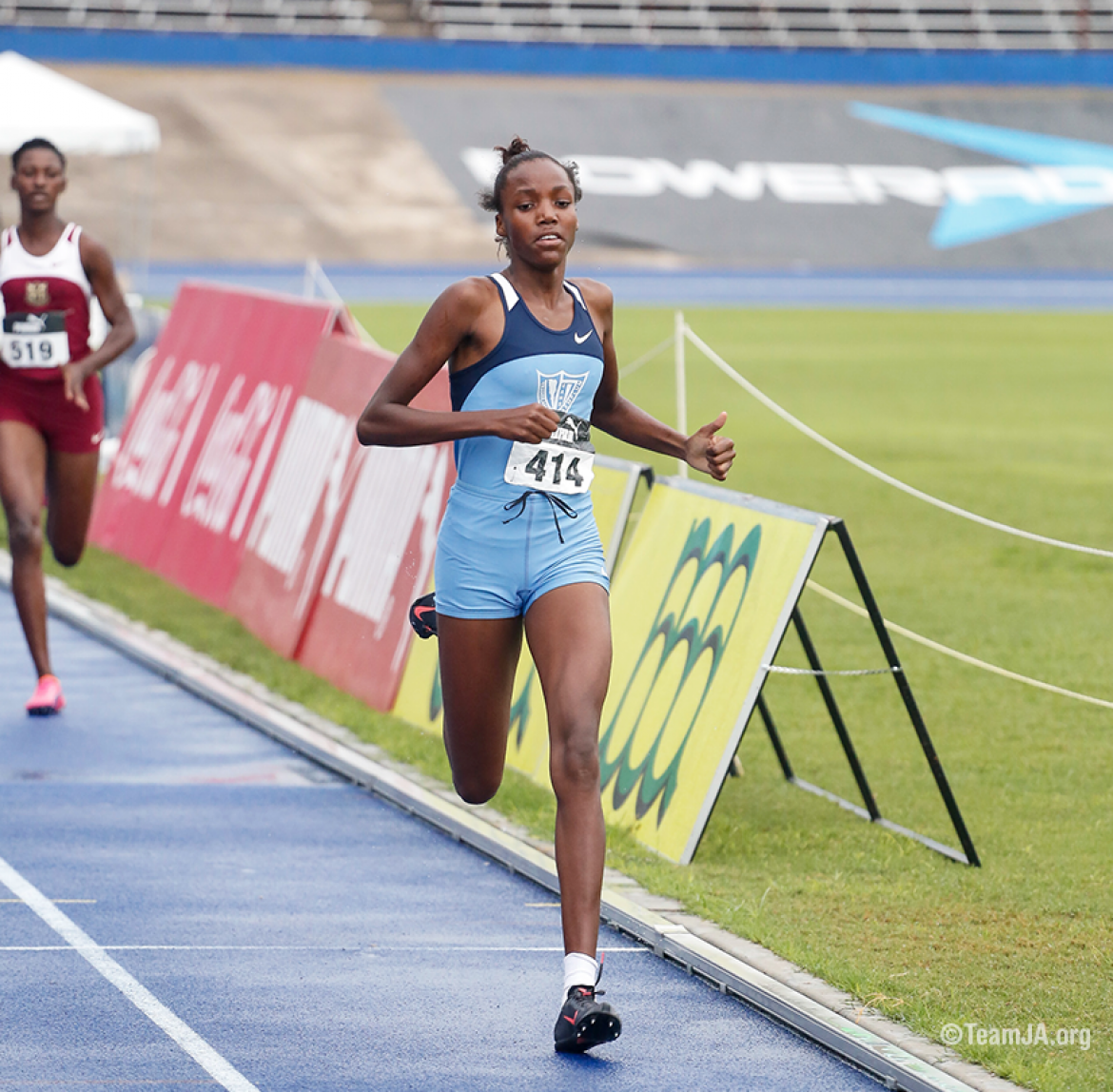 Cemore Donald reigns supreme as the queen of middle distance among her peers and is perhaps second only to STETH’s super 1st year Class One athlete Junelle Bromfield among local schoolgirls. Donald, the defending champion for the Girls Class Three 800m should be racing the clock from a long way out in her quest for back to back titles.

The easy striding Edwin Allen High School athlete should erase Natoya Goule’s decade old meet record of 2.09.60. In her last race before ‘Champs’, Donald ran a superb 2.08.85, almost a full second faster than Goule’s mark set in 2006, to easily dismiss the talented Chrissani May, a 2nd year Class Two athlete at the CARIFTA Trials. She later returned to beat a quality field in the 1500M, accounting for the scalp of another top Class Two athlete, Britnie Dixon of Vere Technical High School.

Donald has been untouchable all season and looks a safe bet for 18 points in her two main events, the 1500m and the 800m. The Girls 3000m Open could also be hers for the taking if Coach Michael Dyke sees the need. She forms part of a strong Class Three contingent for the defending champions Edwin Allen High School who will be seeking a third straight title and their fourth in five years.