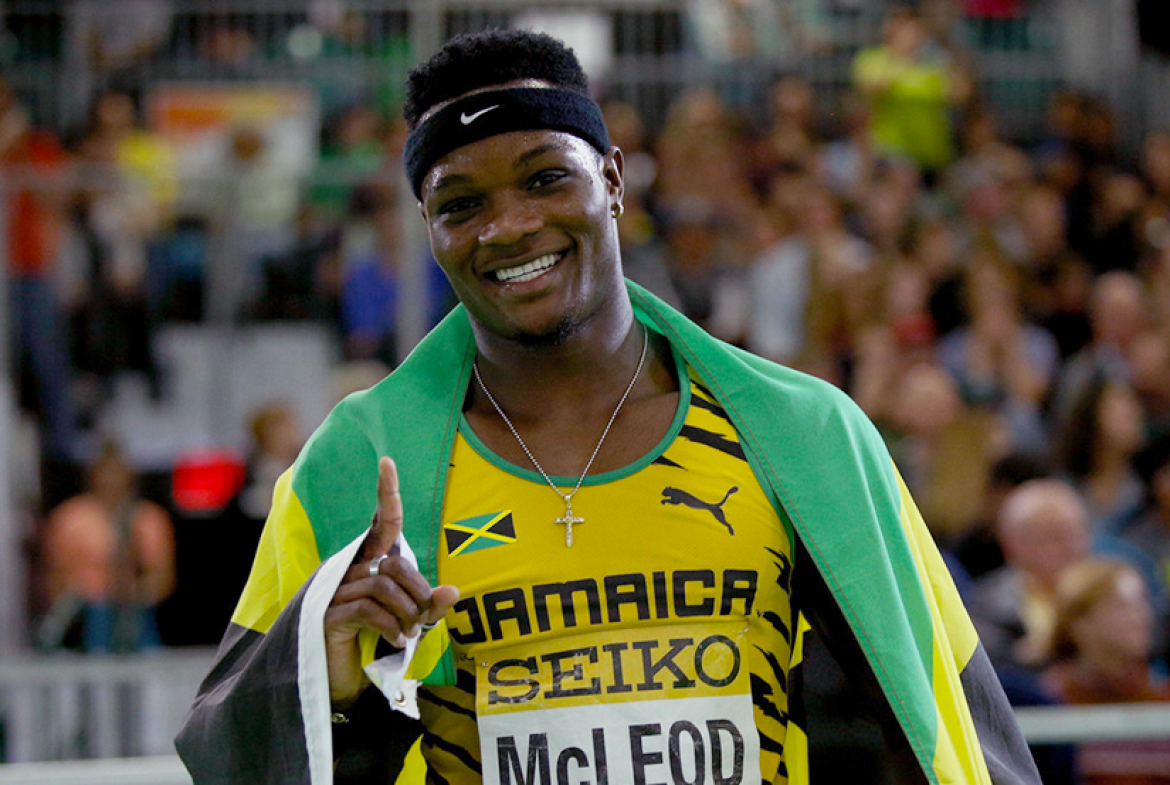 The three-time US NCAA Division One Indoor Champion was one of the favourites going into the final after winning his semi-final heat in 7.52 despite a stumble shortly after the start. McLeod had previously made the finals of the 110m Hurdles in his first time as a senior representative at the 2015 IAAF World Championships in Beijing China.

It was a mixed final day for Jamaica at the 16th edition of the world’s premier indoor championships. The Jamaican women’s mile relay team whichwas fancied to replicate or even better its 2014 Silver medal performance experienced ill fortune on the opening leg. Patricia Hall, a member of the Silver medal winning team from the last championships was travelling comfortably in third when disaster struck. The far striding Hall appeared to be clipped from behind and fell to the ground.

The other members of the team were Chrisann Gordon, Anniesha McLaughlin-Whilby and Stephenie Ann McPherson. Ironically, it was the second time at the championships that the Jamaica’s medal prospects were derailed by an incident affecting a quarter-miler. Chrisann Gordon, a strong contender for a place in the 400m women’s final was also tripped in her heat when jostling for a better position in the race. She did not fall to the track but was forced off on the inside, ending all hope of a place in the final.

The men’s 4x400m team of Ricardo Chambers, Dane Hyatt, Demish Gaye and Fitzroy Dunkley ran a decent race but was no match for the top three, finishing the event in 3.06.02. The dominant USA Team was never challenged, running out easy winners in 3.02.45 ahead of the Bahamas (3.04.75) and Trinidad & Tobago (3.05.51). The women’s equivalent was won by the USA.

Team Jamaica finished the championships with three medals, two less than the five won at the 2014 edition. In addition to McLeod’s brilliant run to capture Gold, the Jamaica won Silver medal courtesy of Asafa Powell in the 60m on day two and a Bronze in the women’s equivalent from Elaine Thompson on the penultimate day.