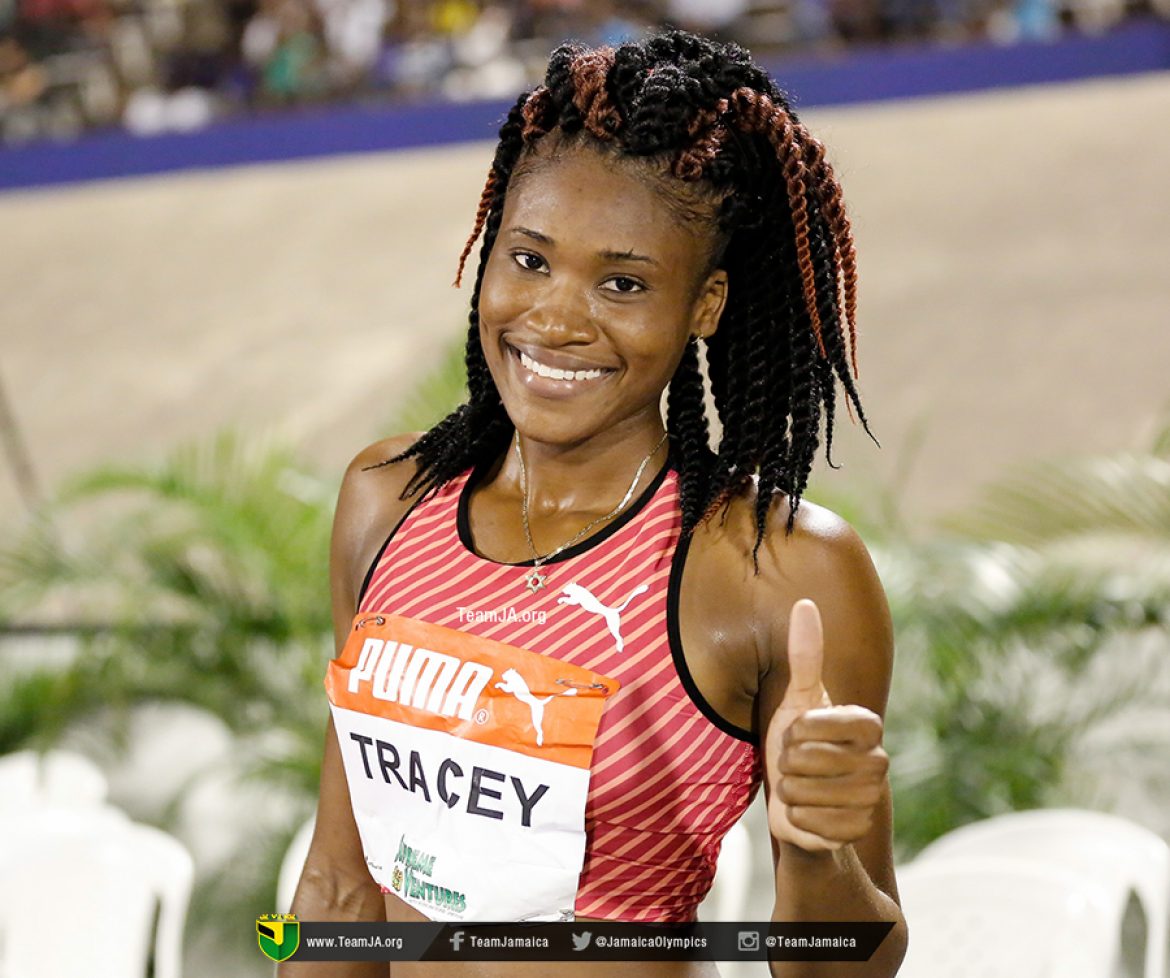 Defending champion Annsert Whyte ran his fastest time in two years to hold off the challenge of the young turk Jaheel Hyde and retain his 400m hurdles title at the JAAA/Supreme Ventures National Senior Track and Field Championships. Whyte, a semi-finalist at the 2015 IAAF World Championships in Beijing won his second consecutive national crown in 48.66, his fastest time since running a personal best 48.58 at the 2014 edition of the Jamaican ‘Trials’. Hyde, the 2014 World Junior champion stopped the clock at 48.86 to break his own national junior record of 49.01 set two years ago.

The 29 year old Whyte has vaulted up the rankings to number two on the 2016 world list behind American Johnny Dutch who has the two fastest times including the world leading 48.10 set at the Racers Grand Prix on June 11. He went out hard, taking the race by the scruff of the neck as he opened up on his main rivals Roxroy Cato on his inside in lane 3 and an outpaced Hyde on the outside in lane 6. Whyte turned for home in the lead, repelling a sustained challenge from Cato and a charging Hyde who came with a storming run in the last 30m to overhaul Cato for second within shades of the finish line.

Hyde who had been displaying somewhat indifferent form this season made up for 2015 when he missed the final due to an injury. The 19 year old who is expected to defend his title at the 2016 IAAF U20 Championships in Poland later this month found extra where it mattered to comfortably secure his spot on the Jamaican team to the Rio Olympics. He has the two fastest times in the world for U20 athletes and has moved up the overall world rankings to number 7. Cato was third in a season best 48.96 as the top three finished under 49 seconds.

The women’s 400m hurdles finals was bittersweet for fans in an event where the red hot favourite Janieve Russell had withdrawn because of injury concerns. Former champion and the 2nd fastest junior ever Ristananna Tracey produced a brilliant display as she reminded all and sundry why she was seen a few years ago as one of Jamaica’s brightest prospects over the one lap obstacle event.

‘Rista’ as she is affectionately called established an early lead putting pressure on her main rivals Leah Nugent (lane 4) and Kaliese Spencer (Lane 3) down the back stretch. Nugent gained on Tracey and came off the 9th hurdle with a marginal advantage forcing the former Edwin Allen star to dig deep into her reserves to stage a tremendous rally. Tracey found another gear to retake the lead before streaking off for an impressive win in 54.75 her fastest time since 2013 when she ran a personal best 54.52 at the national championships.

The 24 year old endured a disappointing 2 years before taking the bold decision to switch from the Racers Track Club to Maurice Wilson’s GC Foster College based Sprint Tec unit. That decision has paid near instant dividends as Tracey who has been looking well all season improved to number 11 on the world list.

Nugent whose father is Jamaican took the decision to contest the Olympic trials in Kingston and looks set to be one of the three ladies who will be donning the famous black, green and gold at the Rio Olympics. The 23 year old finished 2nd in a personal best 55.44.

Spencer who finished 4th at the 2012 London Olympics has looked well below her best in 2016 and her dismal form continued as she plodded home 3rd in a disappointing 55.83. Her chances of making the team for a 2nd consecutive Olympic Games hangs in the balance with the JAAA Selections Committee having granted Russell a medical exemption. Russell, the number two ranked in the world has been given until the July 22 to prove form and fitness.