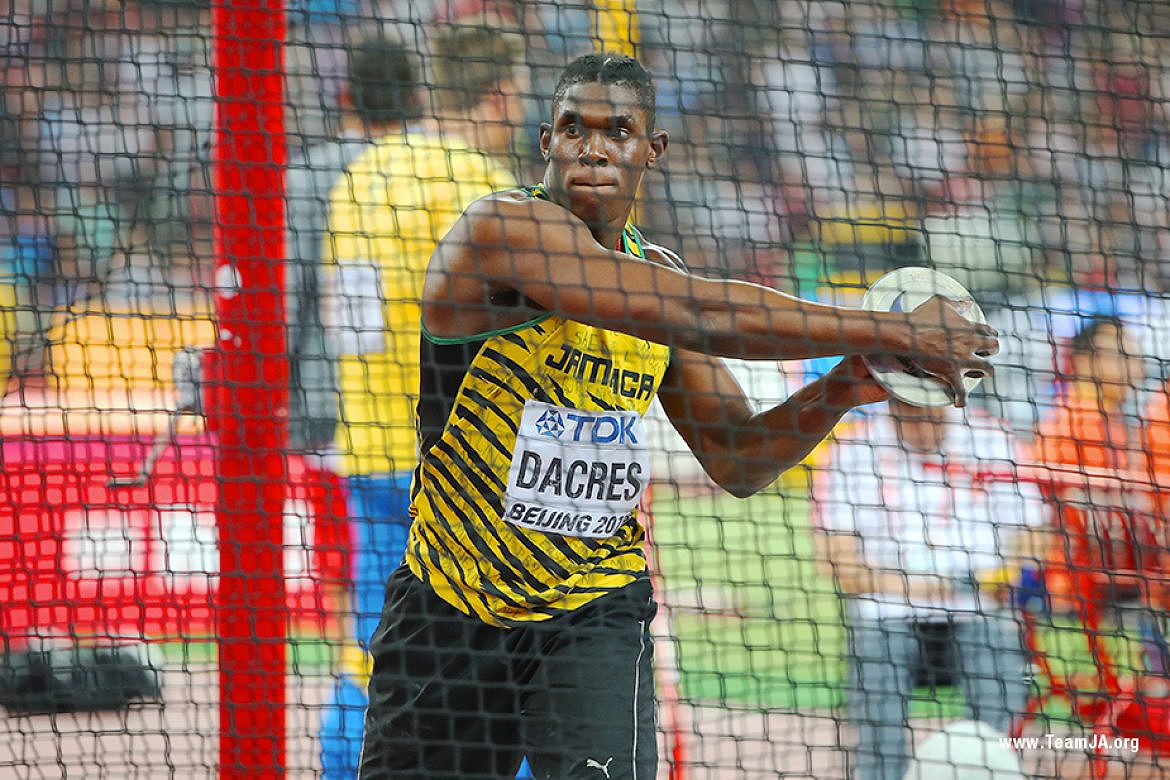 For much of the 2017 season Fedrick Dacres was the number one Discus thrower in the world. The 23 year old Jamaican has had his best season since making the transition to the senior ranks and is tipped by many to be on the medal podium at the London World Championships.

Unlike previous seasons, Dacres has competed with the best throwers in the world in the build up to the championships and has comfortably maintained the consistency to merit consideration as a medal favorite. He held the number one ranking from early February to June 29 when he was surpassed by main rival and favorite for the Gold, Daniel Stahl of Sweden, the only man to throw over 70m.

Stahl has a best of 71.29m and has recorded five other throws over 68m. The Jamaican on the other hand has a personal and season best of 68.88m and has breached the 68m mark on two other occasions.

A third thrower Andrius Gudzius of Lithuania is also a major contender and has matched Dacres in consistency. He holds a win over the top two and has three marks over 68m with a best of 68.61m. Defending champion Piotr Malachowski of Poland (67.68m) is a big meet performer and should not be taken lightly.

"This year has been a good year for me"

Dacres made the finals in Beijing in 2015 where he finished a disappointing 7th after having the best mark in the qualifying stage. A cut to his throwing hand impeded his progress at the Rio Olympics where he was considered by many as a dark horse for a medal.

For Dacres, the Discus Throw finals could be a date with destiny in more ways than one. The former Calabar High standout who now attends the
University of the West Indies will be looking to become the first Jamaican thrower to win a global title at a senior championships.

Dacres also has his sights set on a unique triple in the event having won the IAAF World Youth Title in Lille, France in 2011 before returning a year
later to claim a 2nd major age group crown when he won the Gold medal at the 2012 IAAF World Junior Championships in Barcelona, Spain. No Discus thrower in history has won titles at all three levels.

He might well need to enter the 70m realm if he is to leave London as the senior IAAF World Champion.