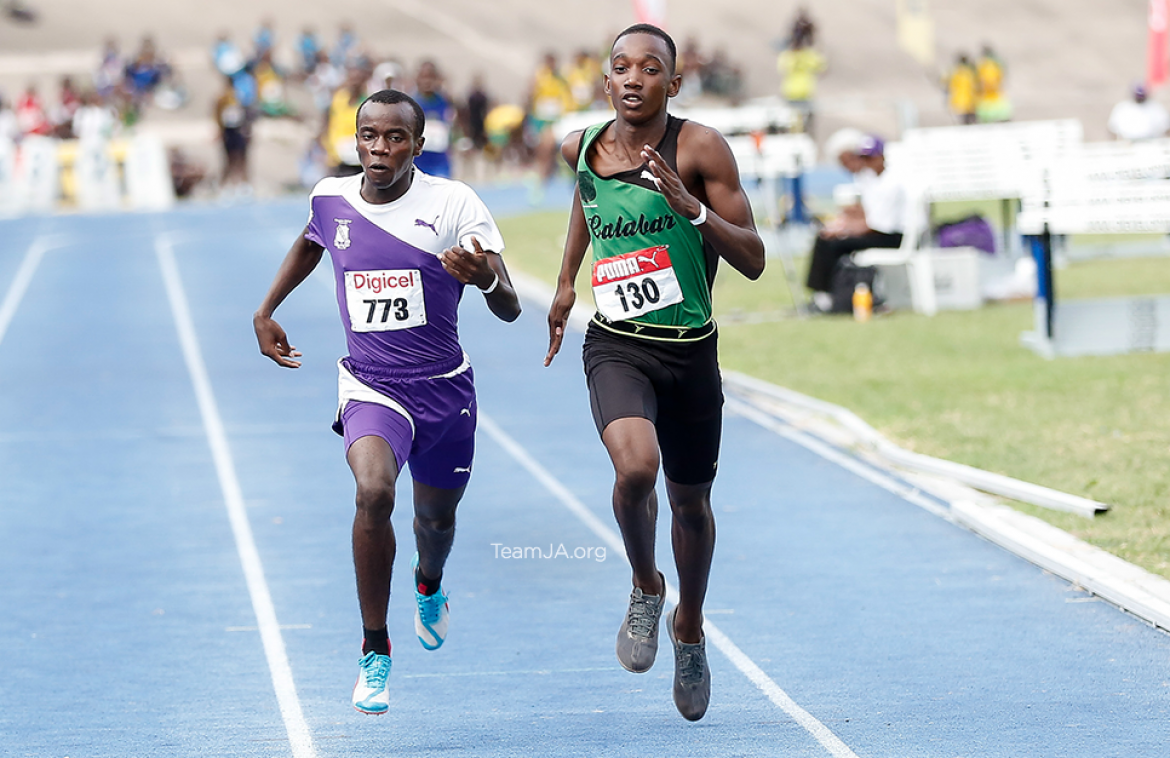 The 2017 ISSA/Grace Kennedy Boys and Girls Track and Field Championships got underway at the National Stadium in Kingston, Jamaica with some outstanding performances on Day 1. There were no finals on the opening day of ‘Champs’ 107 but that did not stop records from falling. Several big names expected to be involved in marquee clashes all advanced with little fuss.

Four records fell on the opening day including two within a minute of each other in the much anticipated Class Two Girls 100m hurdles. The red hot favourite Britany Anderson of Vere Technical lowered Peta-Gaye Williams’ mark of 13.38 in Heat 1 when she clocked 13.37 after a stutter at the start.

In the very next heat the silky smooth Shannette Allison of Holmwood Technical underlined her credentials as a bona fide threat to Anderson by erasing the newly minted mark with a spanking 13.30. Also advancing was the dangerous defending champion Daszay Freeman of Manchester High (13.65).

In the Boys Class Two 800m, the howling favorite Kimar Farquharson destroyed Aldwyn Sappleton’s 20 year old mark of 1.52.27 with a majestic run to take his heat in 1.51.26. The manner of Farquharson’s win suggests that he could lower the mark in the semi-finals or finals if he so desires.

Petersfield High School’s Kevin Nedrick also served notice of what is to come with a mammoth throw of 63.73m to supplant Orlando Thomas as the National Junior Record holder in the Javelin Open. Nedrick looks on course to supercede Devon Spencer’s championship record of 64.08m set in 2014.

Star attractions Christopher Taylor of Calabar High and Kingston College’s Jhevaughn Matherson took another step closer to their blockbuster 200m clash by easily winning their heats. Taylor cruised to 21.04 in Heat one while Matherson looked just as impressive in winning his heat in 21.12.