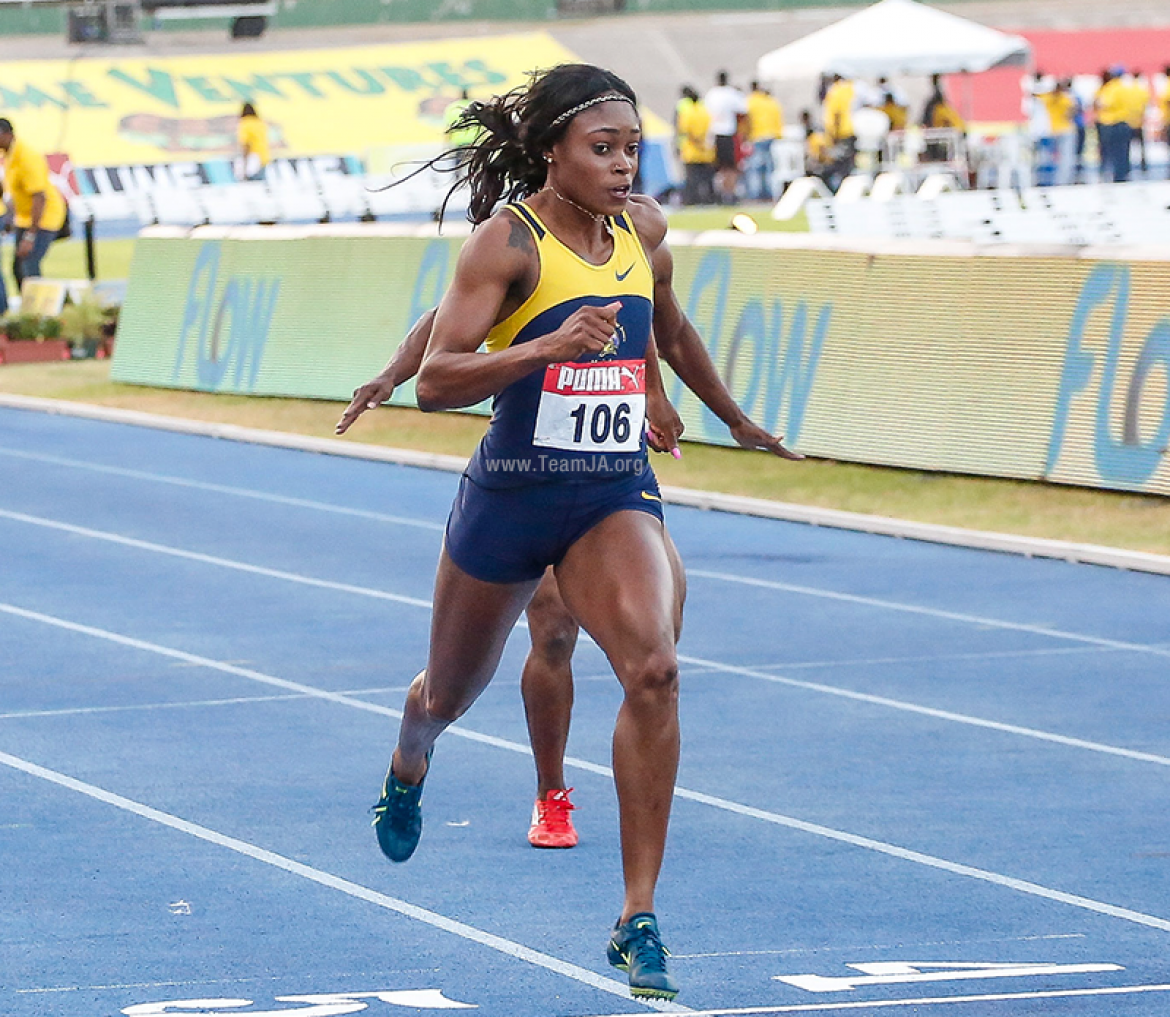 Elaine ‘Slimmaz’ Thompson is now a household name in Jamaican track and field. The Banana Ground, Manchester native crowned herself in glory with a facile win in the women’s 200m finals to claim her first national senior title. What made it even more special was the fact that the win came on her 23rd birthday.

Not many were surprised by either the win or the margin of victory. In fact many had anticipated a super fast time given her rather easy display in the semi-finals the day before. That was not to be as the race was run into a -2.4 m/s wind. Not much chance for a fast time for Thompson who came around the curve with her two main rivals, Sherone Simpson and 2011 World Champion Veronica-Campbell Brown along with Kerron Stewart in close quarters.

The issue was never in doubt soon after however as the smooth stepping UTech athlete impressively streaked away from rivals to win in 22.51. Sherone Simpson who on Friday night claimed one of three available spots in the 100m, turned in another quality performance to finish a comfortable 2nd in 22.77.

Campbell-Brown failed to keep pace with the top two but had enough to stave off the fast finishing Simone Facey. The 33 year old who finished third in the 100m on Friday night again occupied that spot with a time of 23.04 edging 2009 World championship finalist Simone Facey (23.05).


[/column2_last]
Kerron Stewart faded badly into 5th and missed out on a spot on the team in an individual event for the first time since her senior global championships debut in 2007 when she made the finals of the 100m at the Osaka World Championships.
Facebook   Pinterest   Twitter   Google+