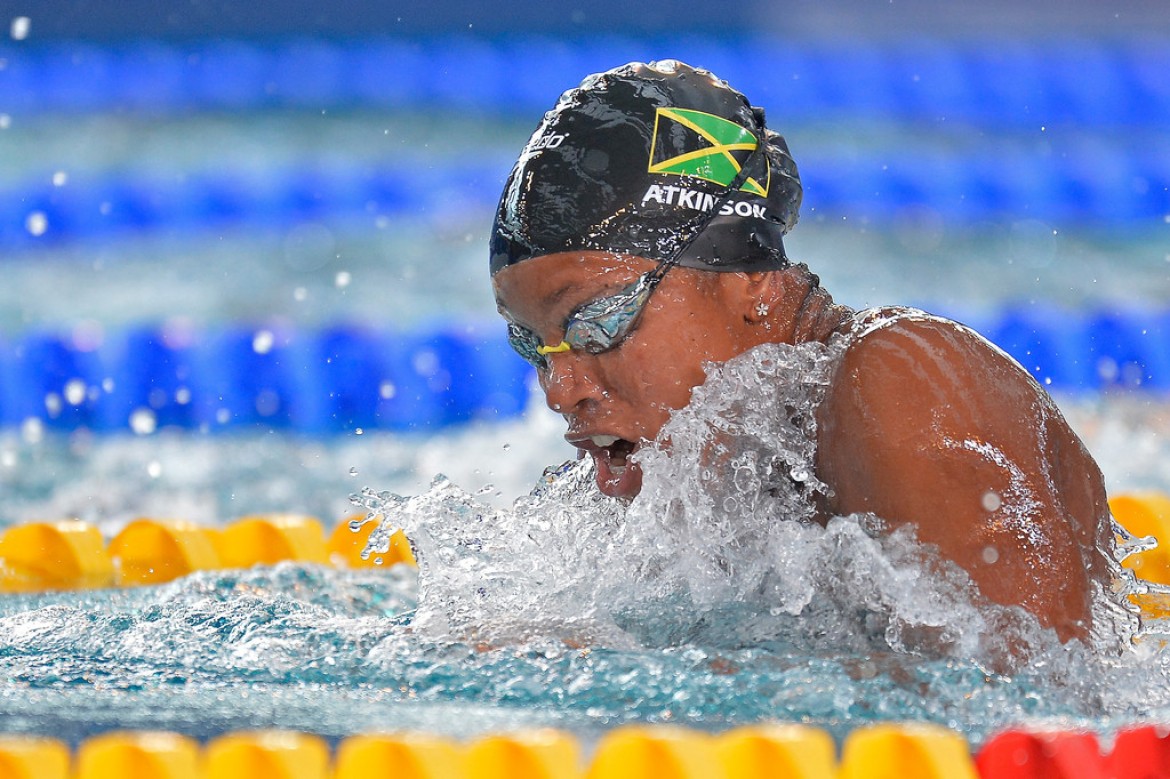 Atkinson clocked a time of 30.85 for the win, well off her third-ranked season best of 30.11 from Worlds.

That’s Atkinson’s 11th gold medal ever in the women’s 50-meter breast on the FINA World Cup circuit. She last lost this event in 2014 when Ruta Meilutyte won in Tokyo.