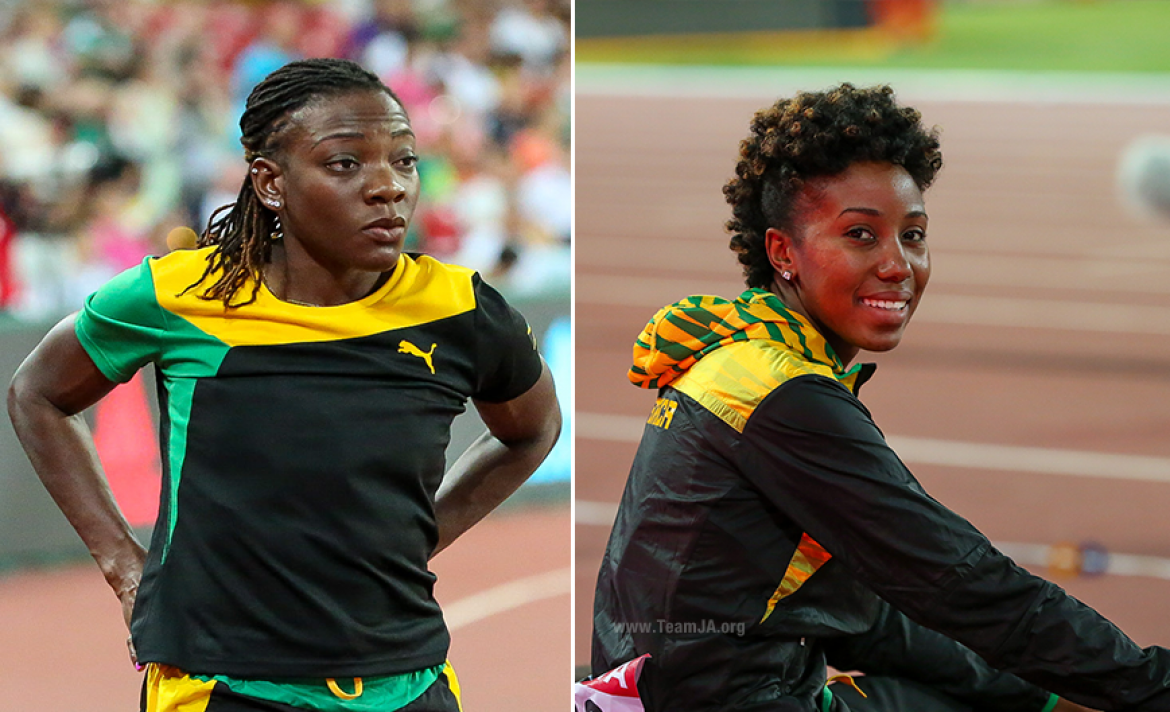 Kimberly Williams and Shanieka Thomas have already created history at the 2015 IAAF World Championships in Beijing, China. Williams and Thomas carried Team Jamaica into uncharted waters after qualifying for the finals of the Triple Jump. Jamaica has never had more than one representative in the finals of the Triple Jump at the World Championships. The former Vere Technical High School standouts hopped, skipped and jumped their way into the Jamaican Track and Field history books during qualifying on Day 1 of the Championships.

By qualifying for the finals, Williams the 2014 Commonwealth Games Champion, gave herself the opportunity to challenge for a medal after a 4th place finish in Moscow two years ago. She will be looking to join 2005 World Champion Trecia Kaye Smith as the only Jamaicans to medal in the event. Williams qualified 6th best overall and 3rd in Group A with a mark of 14.23M on her 2nd attempt.

For the 2015 Jamaican Intercollegiate Champion Thomas, today’s qualification was the continuation of what has been somewhat of a fairy-tale last fortnight or so. Thomas who finished 4th at the 2014 Commonwealth Games has been plagued by injuries all season and only gained automatic qualification for the Beijing Games after triumphing in the event at the NACAC Championships, some two days before the cut-off point for entries. Thomas’ 14.05M saw her taking her place in the final with the 8th best mark overall and 4th in Group B. The Triple Jump Final is scheduled to get underway on Day 3.