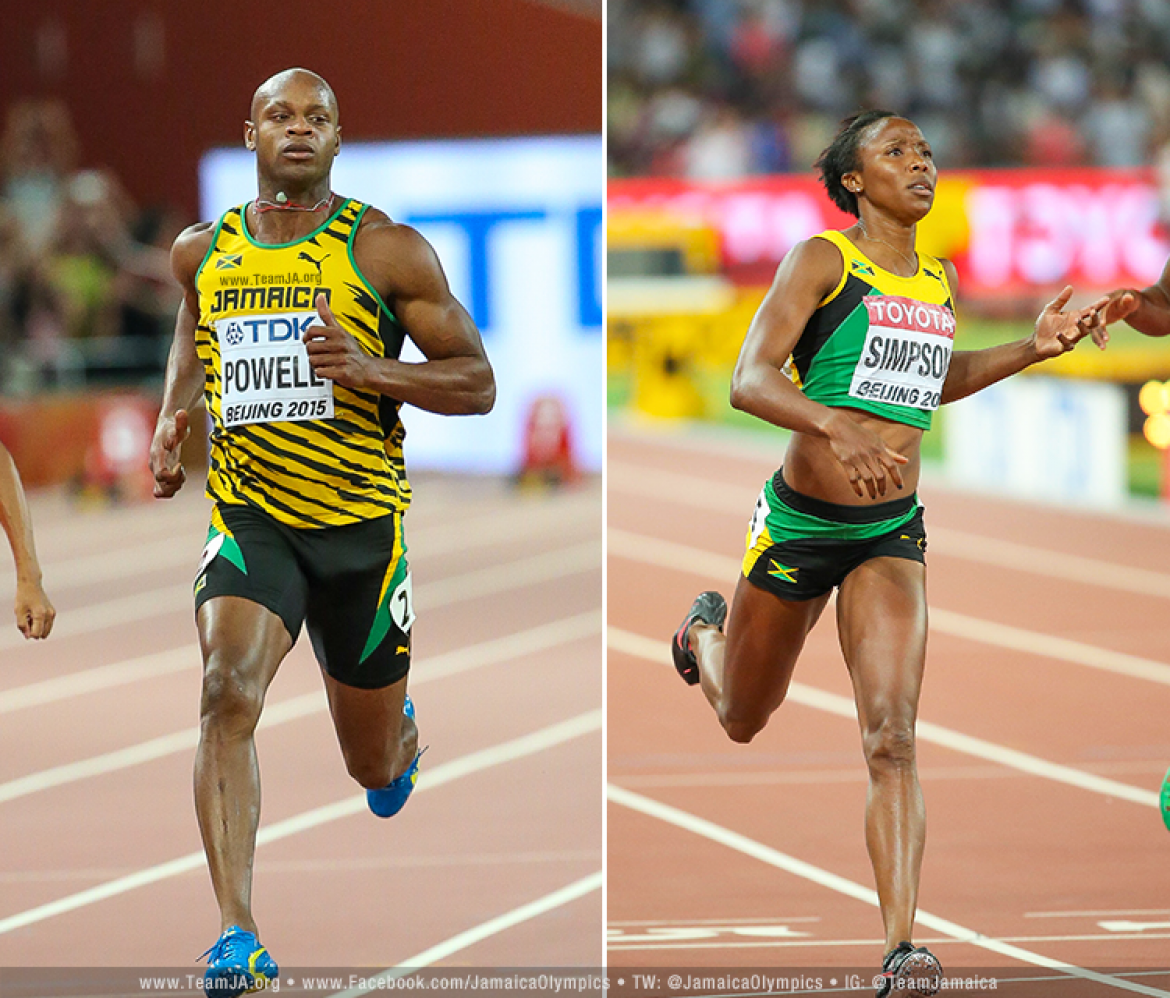 Kingston, JAMAICA– The world’s fourth fastest man and former world 100M record-holder Asafa Powell and Olympic and World Championship silver medalist Sherone Simpson have reached an out-of-court settlement with Dynamic Life Nutrition LLC, the company that sold the supplement Epiphany D1. Powell and Simpson sued the company earlier this year after discovering that they included ingredients in the product that were not listed on the label.

The sprinters took Epiphany D1 as part of their training regimen, but later found out that the supplement contained oxilofrine, a stimulant which the company failed to let consumers know. As a result, the two Jamaican nationals were suspended from the sport for 6 months after the Court of Arbitration of Sport (CAS) found that they did not know the stimulant was present in Epiphany D1.

“There is no way to really explain the kind of damage a ban has on an athlete’s reputation. For us it was especially painful, because we really let down our countrymen. There’s no doubt that we’re going to continue fight to repair it and regain the trust of my fans and fans of the sport,” Powell said.

Powell and Simpson’s management team Powell had Epiphany D1 tested by three independent labs, two of which were the World Anti-Doping Administration (WADA) and the US Federal Anti-Doping Agency (USADA) which both proved that oxilofrine was present in the supplement. It has since been placed on the USADA’s high risk supplement list, warning athletes to avoid the product. Epiphany D1 was also independently tested by Italian law enforcement, who also found the supplement to contain oxilofrine. In addition to an undisclosed amount, Dynamic Life Nutrition has also stopped selling the product.

“Both Asafa and I are happy that we were able to settle this out of court. The legal process is tedious, but we don’t think about it when we are on the track. We have a very capable team, and both of us are now extra careful about our diets and supplement regimen,” Simpson said

Asafa Powell has run the most sub-10 100M times in the recorded history of track and field. The Commonwealth, World Championship and Olympic medalist has dipped below the 10-second mark 92 times and is also the first Jamaican to win the IAAF Sportsman of the Year. Powell, who clocked the first sub-10 time of the 2015 track season, was the first Jamaican to ever hold the world record for the 100M event, with times of 9.77 and 9.74 respectively.