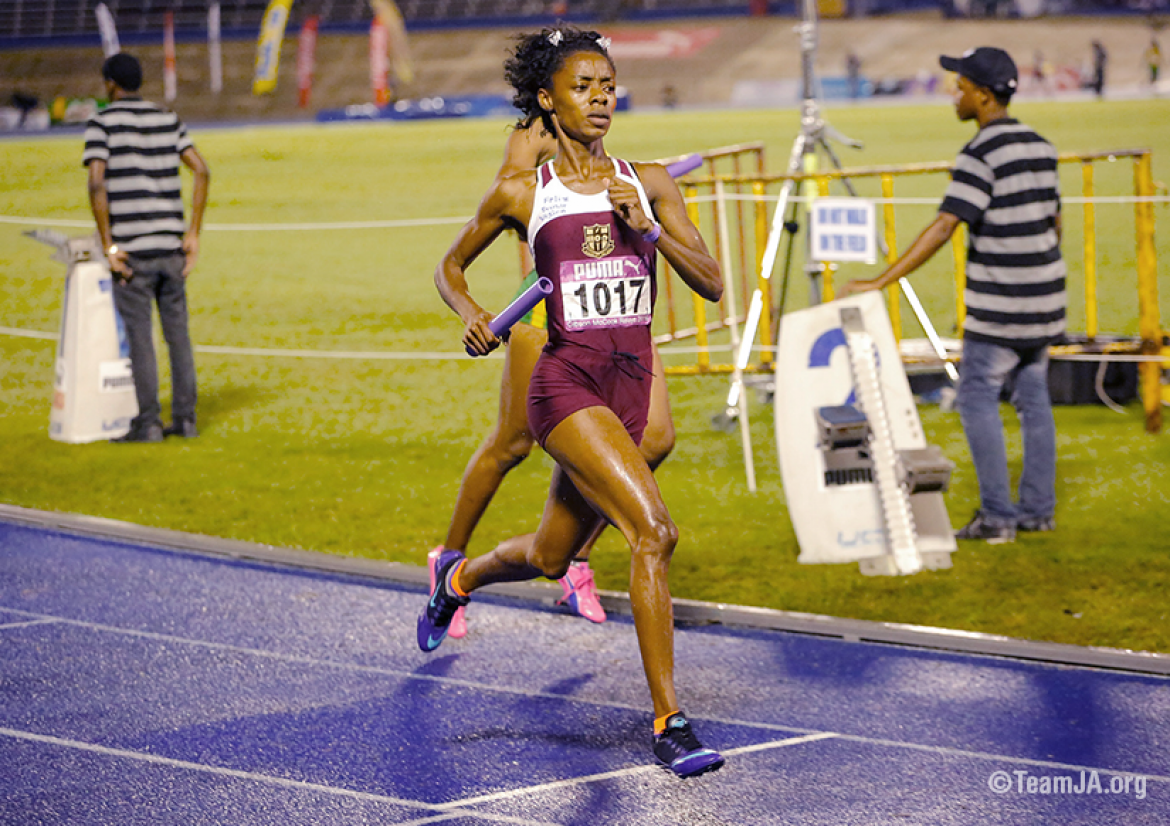 Ashley “Felix” Williams has one mission when ‘Champs’ gets underway on March 15 and culminates on March 19 – four Gold Medals. The Holmwood Technical High star with the intense focus is aiming for wins in the 200m, 400m, 4x100m relay and the 4x400m relay. Judging by her performances this season, such a feat would hardly surprise.

Her idol is said to be Allyson Felix, the super versatile American who has won multiple gold medals over all four events at the Olympics and World Championships. Some say her running style, grit and determination bears some resemblance to that of the American, hence her taking on the moniker ‘Felix’. Williams is seen as the biggest threat to STETHS star Junelle Bromfield over 400m having run a personal best 52.72 to win the event at Central Champs.

Only Bromfield has gone faster among the potential field for the finals and Williams may go into that mouth-watering match-up with the psychological advantage having out-gunned the Commonwealth Youth Champion on anchor in a 4x400m relay several weeks ago. Williams knows that Bromfield will be hard to beat but has the confidence and ability to stop her once again. Shannon Kalawan of Edwin Allen is a potential spoiler in the race.

Williams, who loves to speak of herself in the ‘third person’ is confident she can join the elite list of Shericka Jackson, Chrisann Gordon and Class One record holder Sonita Sutherland as the only schoolgirls to run below 52 seconds. The 2015 ‘Champs’ bronze medalist has the tools to so do.

With the fitness of defending champion Natalliah Whyte a major concern, Williams could well start favourite for the 200m. Her early season 23.82 run at Central Champs puts her in good stead to win the first of a possible four gold medals on the final day.

Her school’s sprint relay team has been dominant all season with their only blemish coming at the Gibson McCook Relays with a botched baton exchange involving Williams. The mile relay team inflicted STETHS’s only defeat of the season and the Holmwood quartet will be going into the penultimate event of the 2016 ‘Champs’ supremely confident of once again stopping Bromfield’s powerhouse team and all the other contenders.