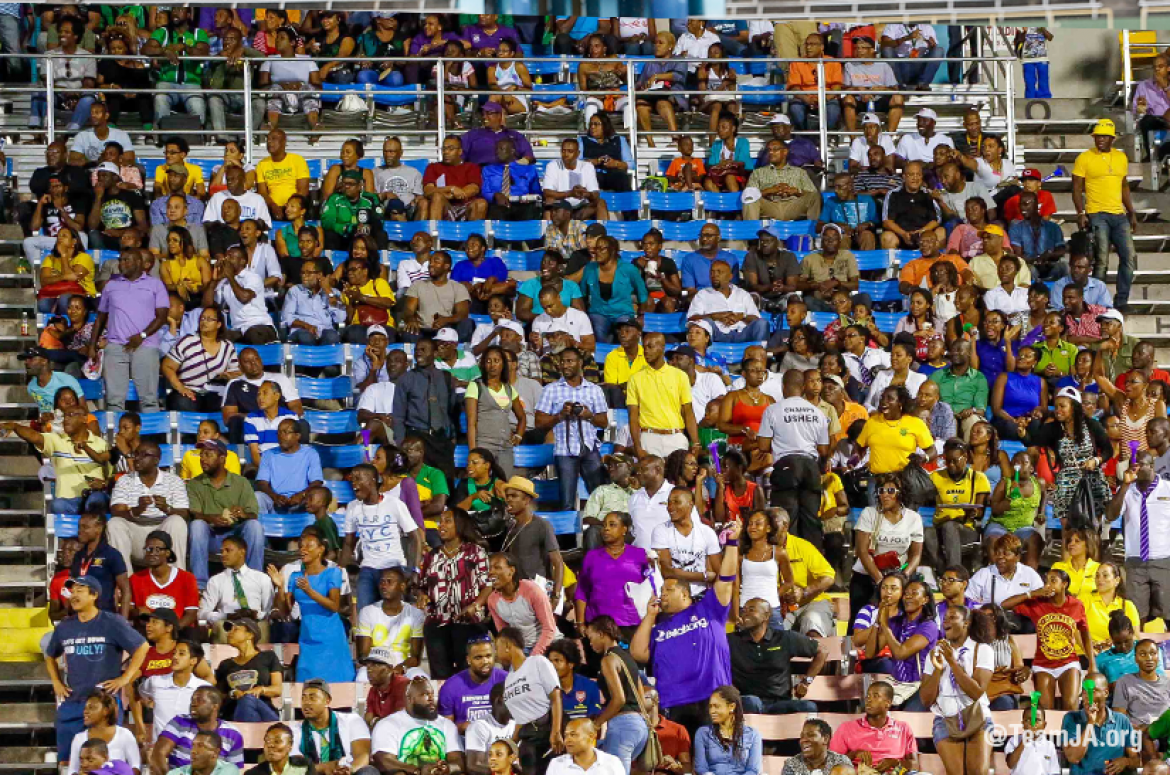 New year but the same old problems apparently persist. It was the usual hassle for potential ‘Champs’ patrons as tickets went on sale for the 2016 edition of the ISSA/Grace Kennedy Boys and Girls Championships scheduled for the National Stadium in Kingston, Jamaica. Fans gathered from early as 4 a.m. hoping to get the much sought after but very limited Grand Stand tickets for Saturday’s closing day, when thousands are expected to pack into the venue, home to arguably the world’s premier high school track and field championships.

The ticket office opened at 8 a.m and if one were to go by the initial traffic, the assumption could be made that things would flow smoothly. That was short-lived however and later in the day, angry individuals who were unable to acquire Grand Stand tickets for Saturday vented their frustration. The discontent grew when it became obvious that those tickets had quickly become unavailable. The anger was directed at the ISSA officials present including Albert Corcho, executive member and Principal of Calabar High School.

“Jamaica must be the only country in the world where scalpers can purchase an unlimited amount of tickets for an event such as champs n negotiate the sale of said tickets for twice the price right there at the ticket window n nobody says sh*t.” says disgruntled Facebook user.

As in previous years, the general feeling among those present was that ISSA had ‘sold out’ to its sponsors with more than half the premium tickets going to these sponsors and high profile officials. It is estimated that some 3000 of the approximately 5000 Grand Stand tickets are distributed to these sponsors. Tickets for Saturday’s final day cost $4,500.00 for the Grand Stand and $1,500.00 for Bleachers with concessions given to students who purchase Bleachers tickets through their high schools. Grand Stand Tickets for Friday cost $3,500.00 while the tickets for the Bleachers can be purchased for $500.00.

There have been accusations of corruption in ticket distribution with ISSA mounting the usual defence that the problem is not with the tickets available but with the demand. The ISSA officials have consistently rubbished the claims of corruption arguing that there is little they can do given the fact that the seats available in the Grand Stand area remain the same.

Another problem that reportedly reared its ugly head was the presence of ‘scalpers’ at the ticket venue despite ISSA’s promise to put in place measures to counter that including a strong police/security presence. One very upset fan with a strong sporting background and ties to defending boys’ Champions Calabar High School, took to social media to express disgust, posting the following comment and hash tags.