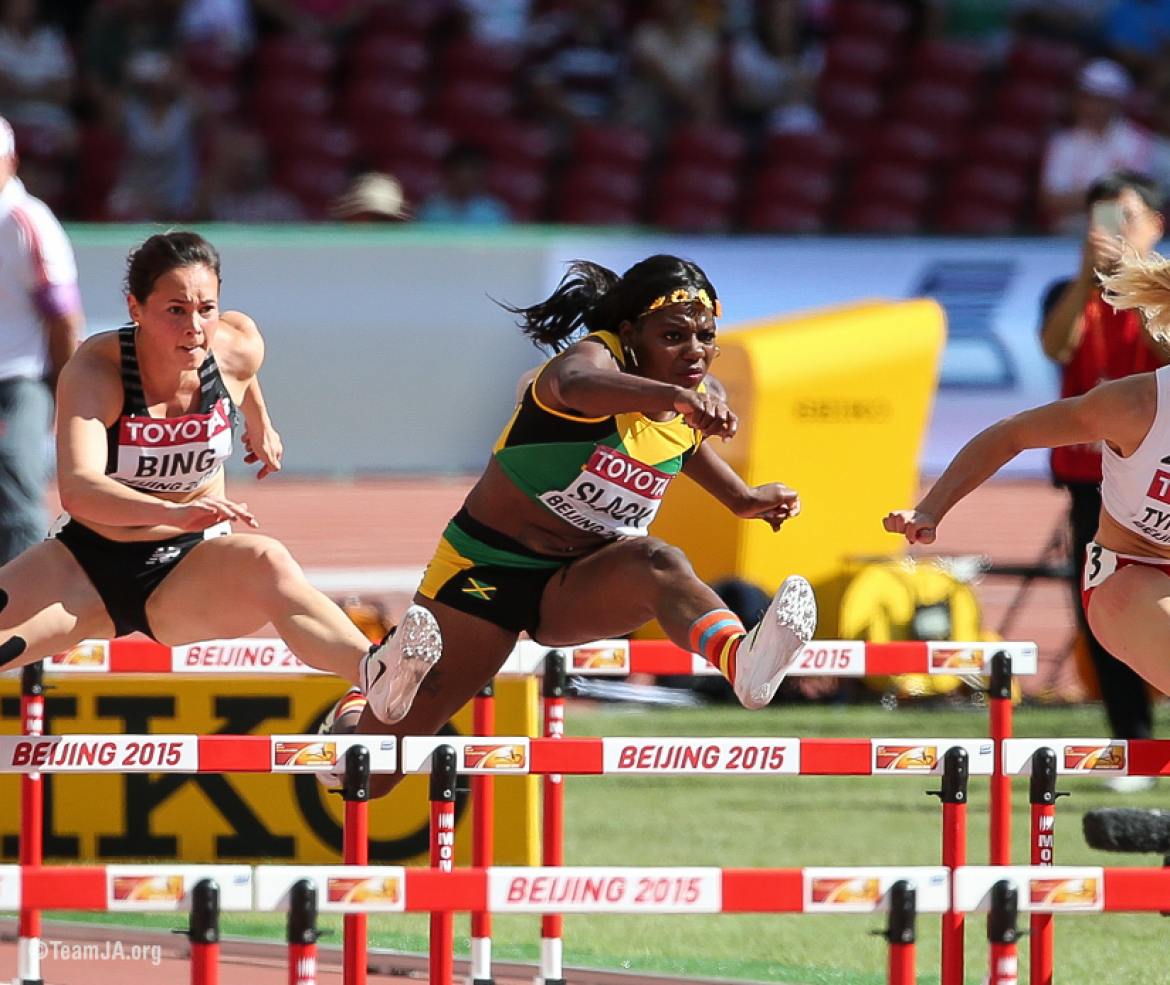 Team Jamaica takes this opportunity to wish national representative Salcia Slack a speedy recovery following news that the versatile and determined competitor suffered an injury at a meet in the USA yesterday.

The 26 year old who represented Jamaica at the IAAF World Championship in Beijing last year and who was just a few days ago named in a 24 member team to take part at the 16th IAAF World Indoor Championships in Portland,
Oregon suffered the injury at a NCAA Division II meet. Slack who represents New Mexico Highland’s University was competing in the women’s Triple Jump and actually won the title with a best effort of 12.88m which came in the 5th round.

That win came at a cost as the much-decorated Division II athlete injured herself and needed immediate medical attention. The incident delayed the start of the final round of jumps by over 20 minutes. Slack was taken via
ambulance to a nearby medical facility. Team Jamaica was unable to ascertain the extent of her injuries which has cast doubt over her participation at the World Indoor Championships.

Slack is no stranger to serious injuries especially given her participation in the multi event pentathlon and heptathlon, competed at the Beijing World championship with a suspected broken elbow.

The former Holmwood Technical High School star was thankful for the expressions of concern in a post on her Facebook page…..