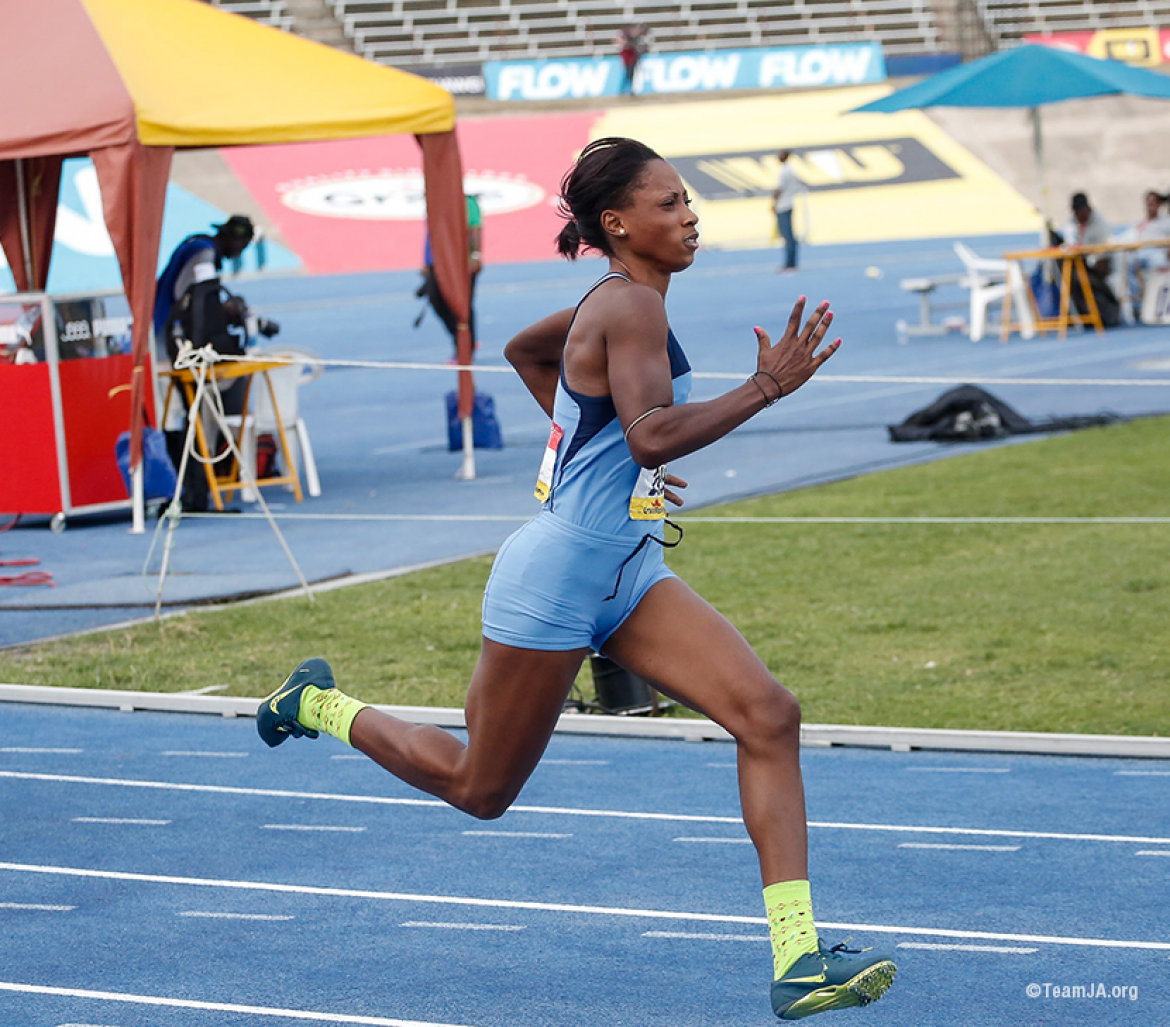 Top Edwin Allen High School sprinter Patrice Moody was reportedly disqualified after winning her semi-final of the Class One Girls 200m. Moody was one of the favourites to win the event especially after defeating top contenders Ashley Williams of Holmwood Technical High and defending champion Natalliah Whyte of St. Jago High in a very tough semi-final.

The much improved Edwin Allen sprinter clocked a decent season leading23.56 ahead of Williams 23.72 and a resolute Whyte 23.86 after a prolonged stretch duel. She was disqualified after being deemed to have breached IAAF Rule 163.3 which speaks to ‘Lane Infringement’. Not ascertained whether the management of the Edwin Allen team had lodged an appeal.

This was the second major misfortune to hit the defending champions in the past two days. The school’s Class Four sprint relay team which was highly fancied to win the gold medal missed out on the finals scheduled for Saturday after disaster struck on the 3rd exchange.

(a) in all races run in lanes, each athlete shall keep within his allocated lane from start to finish. this shall also apply to any portion of a race run in lanes.