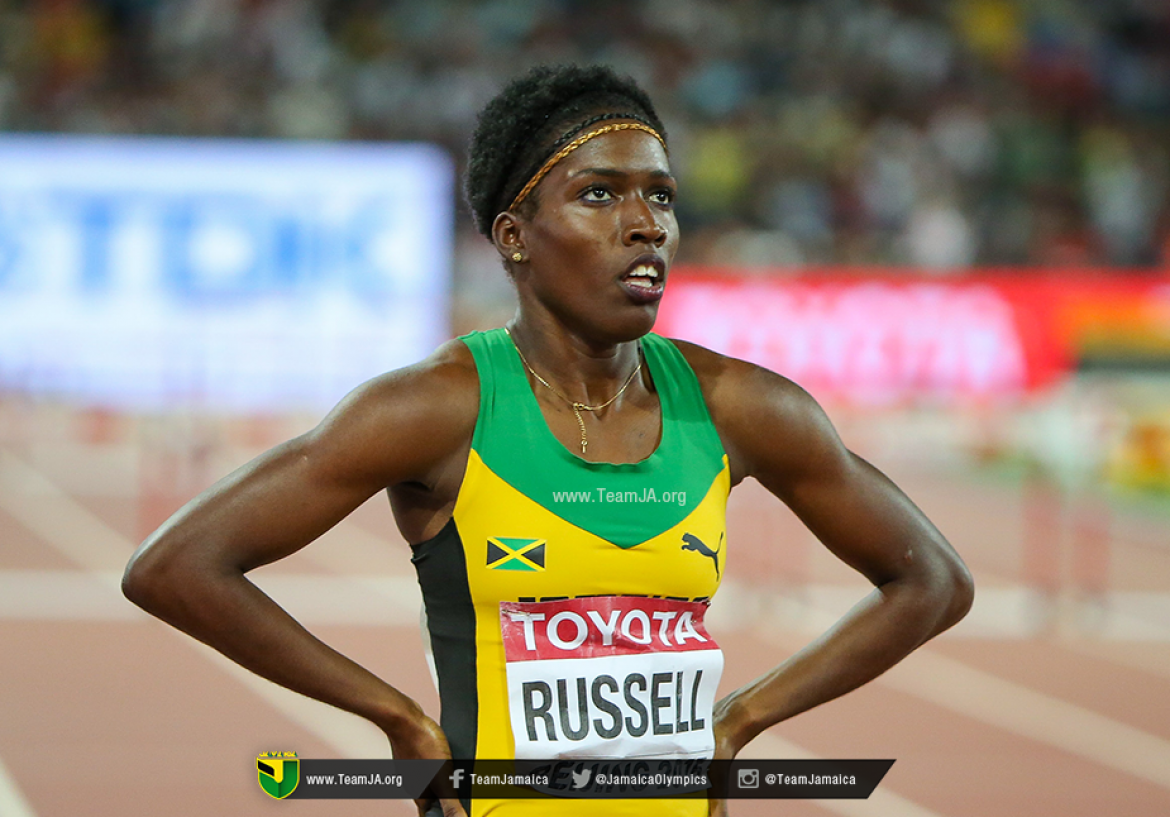 Janieve Russell provided the only real shock of the opening day of the 2016 JAAA/ Supreme Ventures National Senior Track and Field Championships at the National Stadium. The 22 year old who established herself as the big favourite to win a second straight national title after a few eye-catching performances in the 2016 Diamond league series was a no show for the semi-final heats of the 400m hurdles.

The University of Technology (UTech) student who is regarded in many circles as a bona fide medal contender for the Rio Olympics reportedly picked up a slight injury and her medical team opted to err on the side of caution by pulling her from the meet. Bruce James, Manager of the MVP Club which has its base at UTech confirmed on national television that the current world number two with a season/personal best 53.96 had requested a Medical Exemption which would make her eligible for selection should she prove fitness and form ahead of deadline for the naming of the team.

The JAAA selection policy outlines how such cases are to be treated: