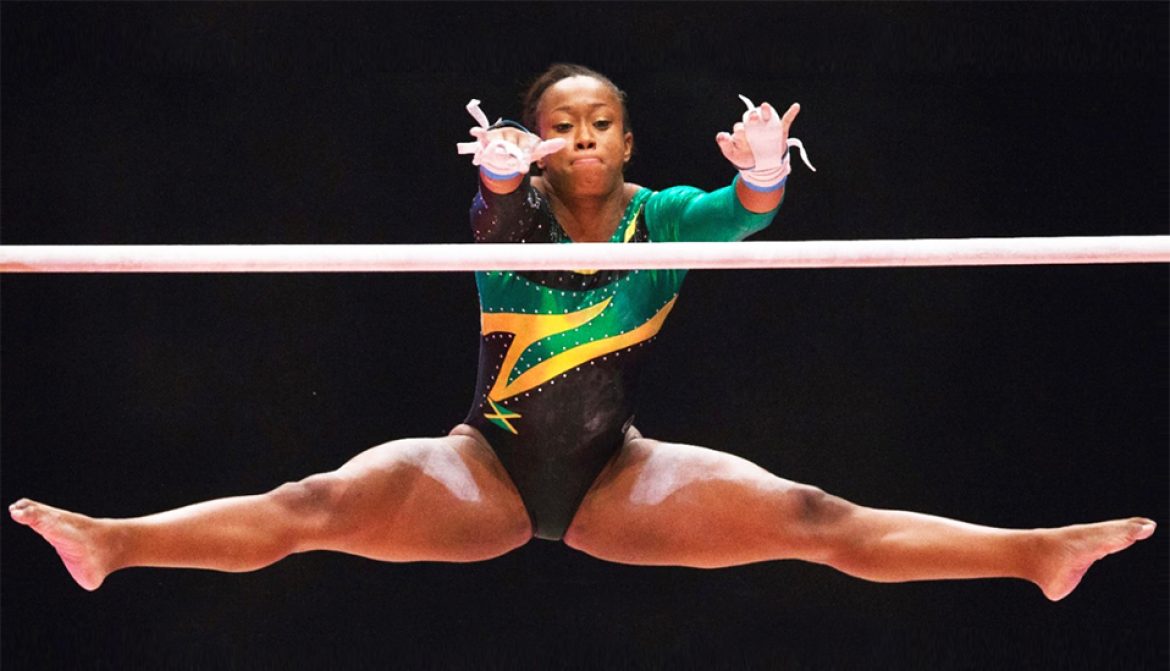 The self styled ‘King of the Dancehall’ and Grammy award winning artiste Beenie Man is no stranger to philanthropic endeavours so it came as little surprise when the entertainer chose to offer much needed financial support to history-making gymnast, Toni-Ann Williams. The 20 year old University of California sophomore will be the first female gymnast to represent Jamaica at the Olympic Games. Williams qualified for the 2016 Olympic Games after a strong showing at the Rio Olympic Test Event in April.

United States-based Williams was in Jamaica for a week during which time she staged a clinic at the Wolmer’s Boys’ School Auditorium and was feted by the Jamaica Amateur Gymnastics Association (JAGO) at a special awards banquet . It was at the function that the veteran dancehall entertainer made public his support.

To get an opportunity to step in….to be a sponsor, to do anything this kind is always a great opportunity to help the youths especially gymnastics which starts from they are very young. I have youths, it’s like helping a godson or daughter who you want to get better. That is really my motivation to get involved,” said the internationally acclaimed dancehall superstar.

Williams was touched by the gesture and was very gracious in thanking Beenie Man for his well-needed support on her historic journey to Rio.

I am really honoured to have someone like Beenie Man support me on this journey. I am glad he heard my story, the story of Jamaica and gymnastics and is inspired by what we are doing….I am really excited and glad that what we are doing here is going to help the kids and me on my journey to Rio,” a beaming Williams told reporters.

Beenie Man’s benevolence was not limited to Williams however. The ‘King of the Dancehall’ also pledged support for 12 year old gymnast Asasia Malcolm.

Once she decides to go into that…I have the means to help her to becomea champion gymnast. For the next four years I will be her sponsor with everything…plane ticket, room, boarding…everything,” declared Beenie Man.

An elated Asasia and her mother Sharrian Vaz thanked the entertainer for coming onboard with timely support for what Vaz described as an ‘expensive’ sport.