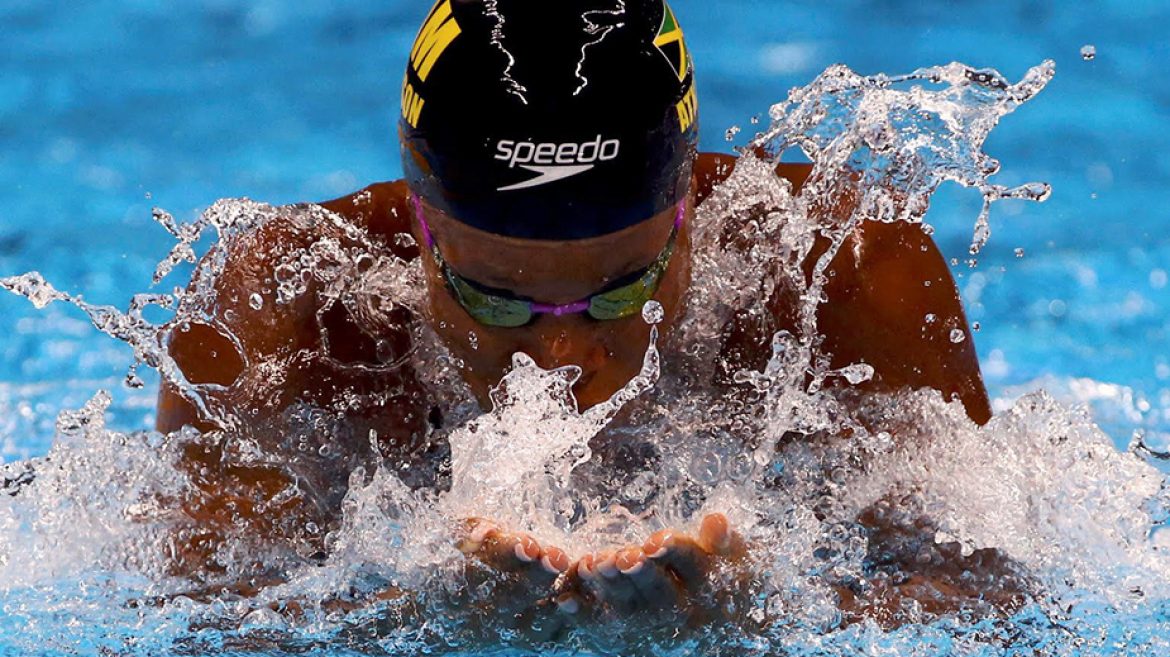 Alia Atkinson of Team Jamaica 🇯🇲 finished 8th in Women’s 100M Breaststroke FINAL in 1:08.10. A disappointed Alia declined to comment after the race.

Alia Atkinson captured hearts and world attention in 2012, winning a memorable 100m Breaststroke swim-off to make the finals before producing a gallant effort which saw her finishing just outside the medals in 4th. She is the first black woman in history to win a world title (Doha 2014), the first black woman to hold a record (1:02.36 Short Course Meters 25M Pool) in swimming, the first Jamaican to win a world title and the first to win a medal at a long course world championships (Silver and Bronze in 2015).