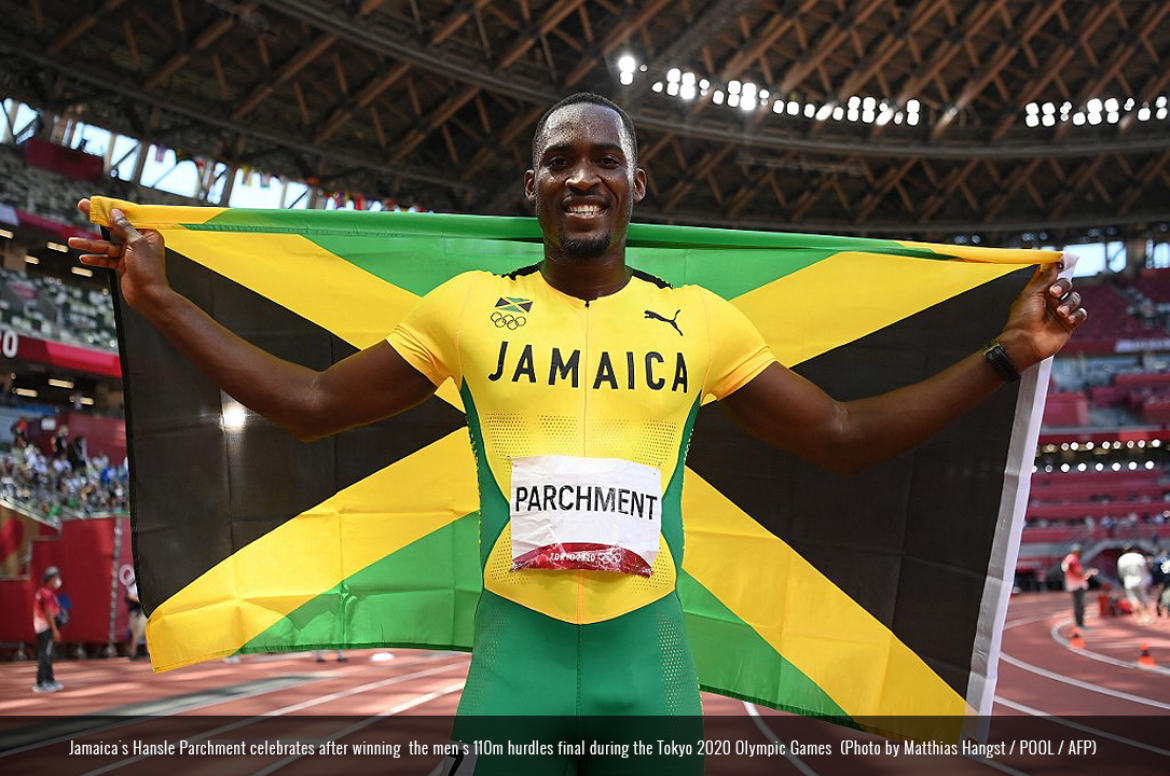 Jamaica enjoyed a splendiferous morning session on the seventh day of athletics at the Tokyo Olympic Games.

The country collected two more medals to go with the five won by the females in the sprints and sprint hurdles. Whereas the women were bossing the show in Tokyo, many persons wondered when the men would get jealous and join the party. 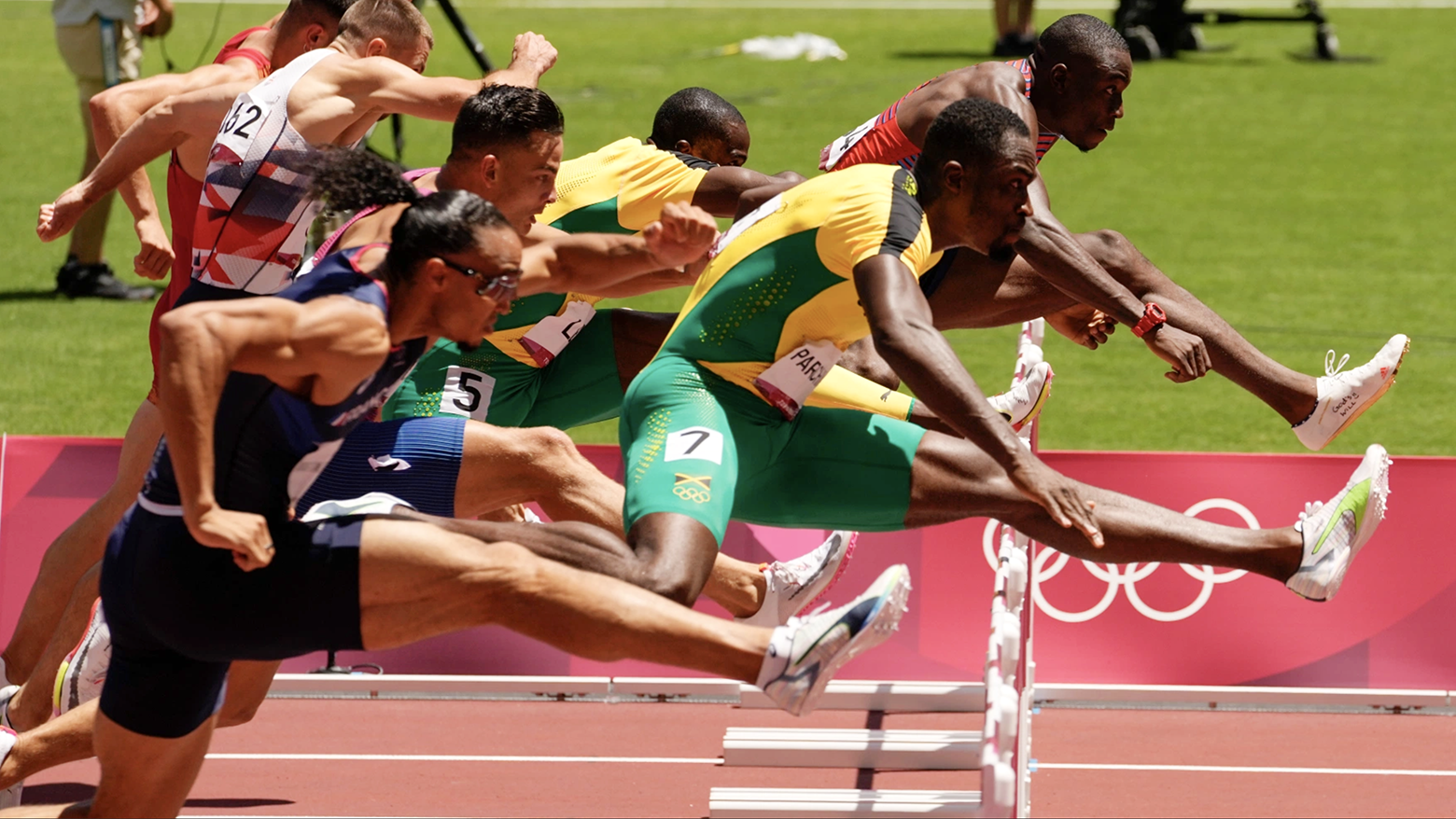 Parchment, who finished third at the Jamaican National Senior Championships pulled off perhaps the biggest shock of the Games as far as athletics is concerned defeating overwhelming favourite Grant Holloway of the USA.

Parchment, not known for a fast start, had to work hard clawing his way back into contention and reeling in Holloway, who had disappeared from the pack with his bullet-like start.

It so happened, perhaps coincidentally, that immediately as Parchment came upon Holloway’s shoulder at the ninth hurdle he panicked and buckled under the pressure. 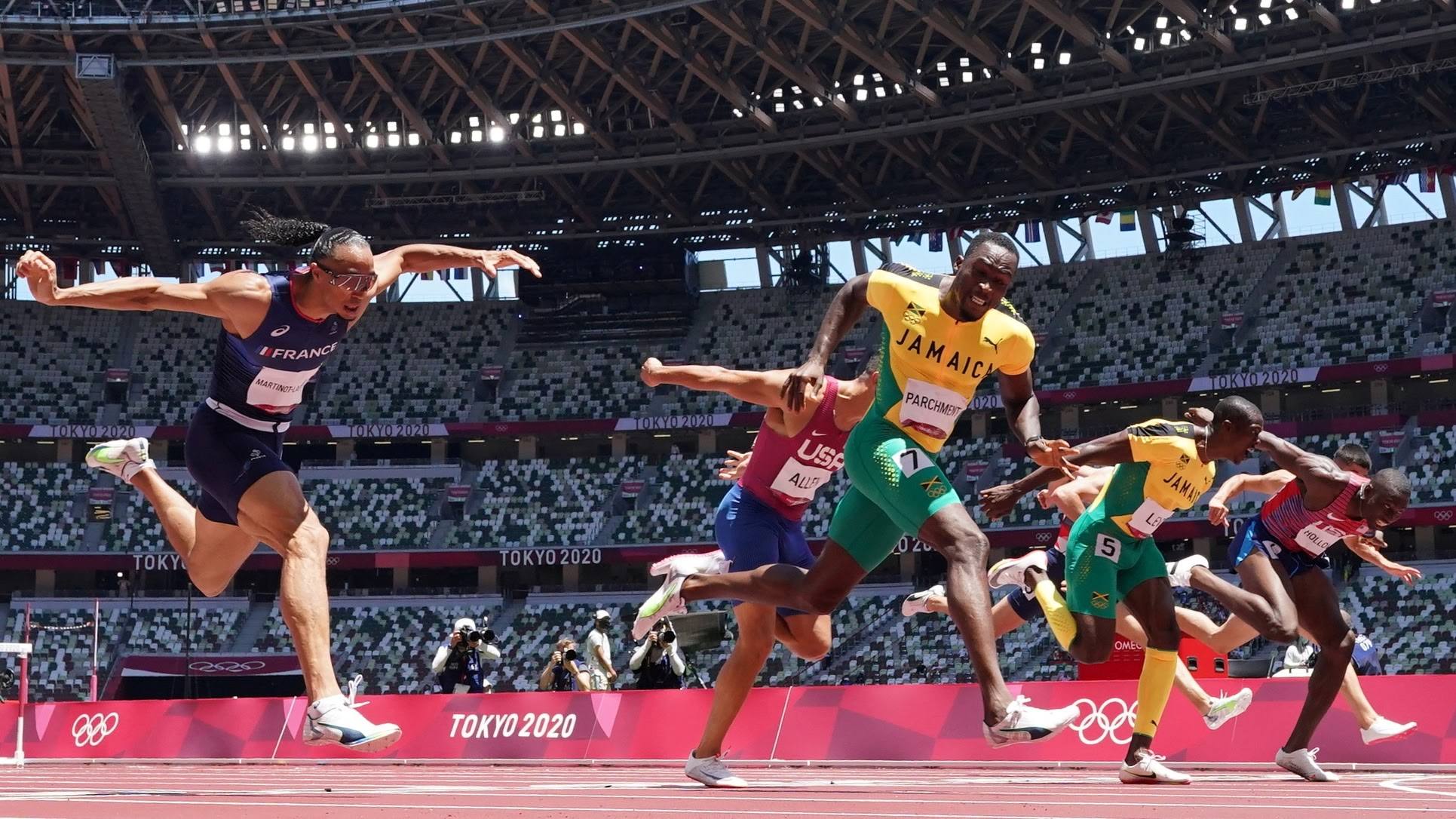 It was a massive accomplishment for Parchment, considering he suffered a stress fracture in his foot that interrupted his season. The injury forced him off the track and into the swimming pool and weight room to maintain his fitness for several weeks. 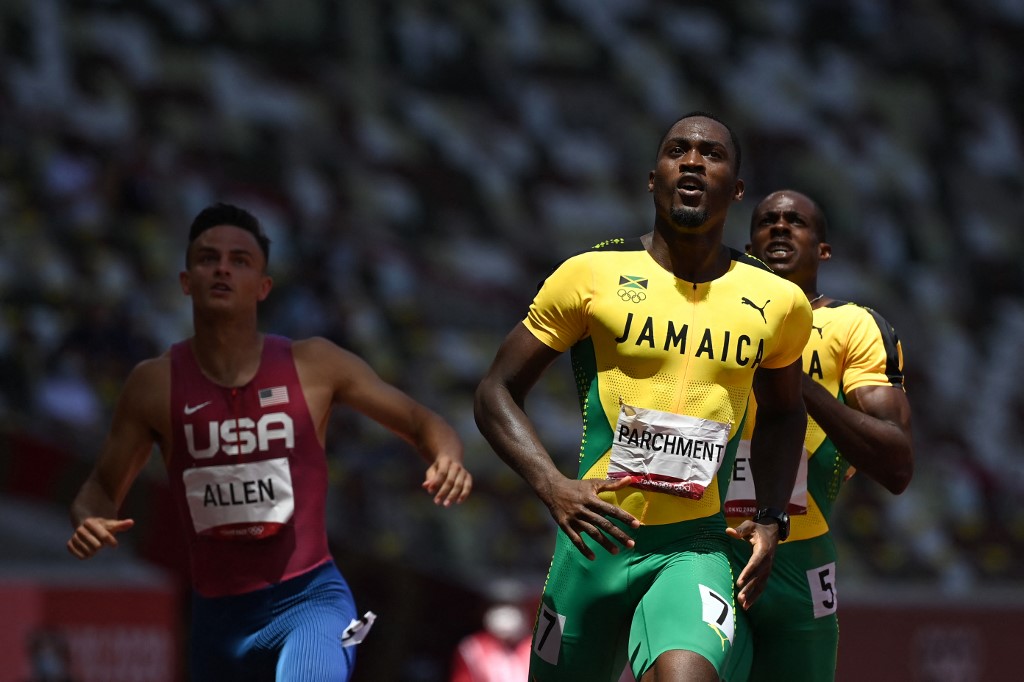 Jamaica’s Hansle Parchment reacts after winning the men’s 110m hurdles final during the Tokyo 2020 Olympic Games at the Olympic stadium in Tokyo on August 5, 2021. (Photo by Jonathan NACKSTRAND / AFP)

“It was not a surprise to me,” said Parchment, who had raced against Holloway in every round and had a good look at him. “I had this victory in my mind, I knew what I wanted and just kept my composure.” 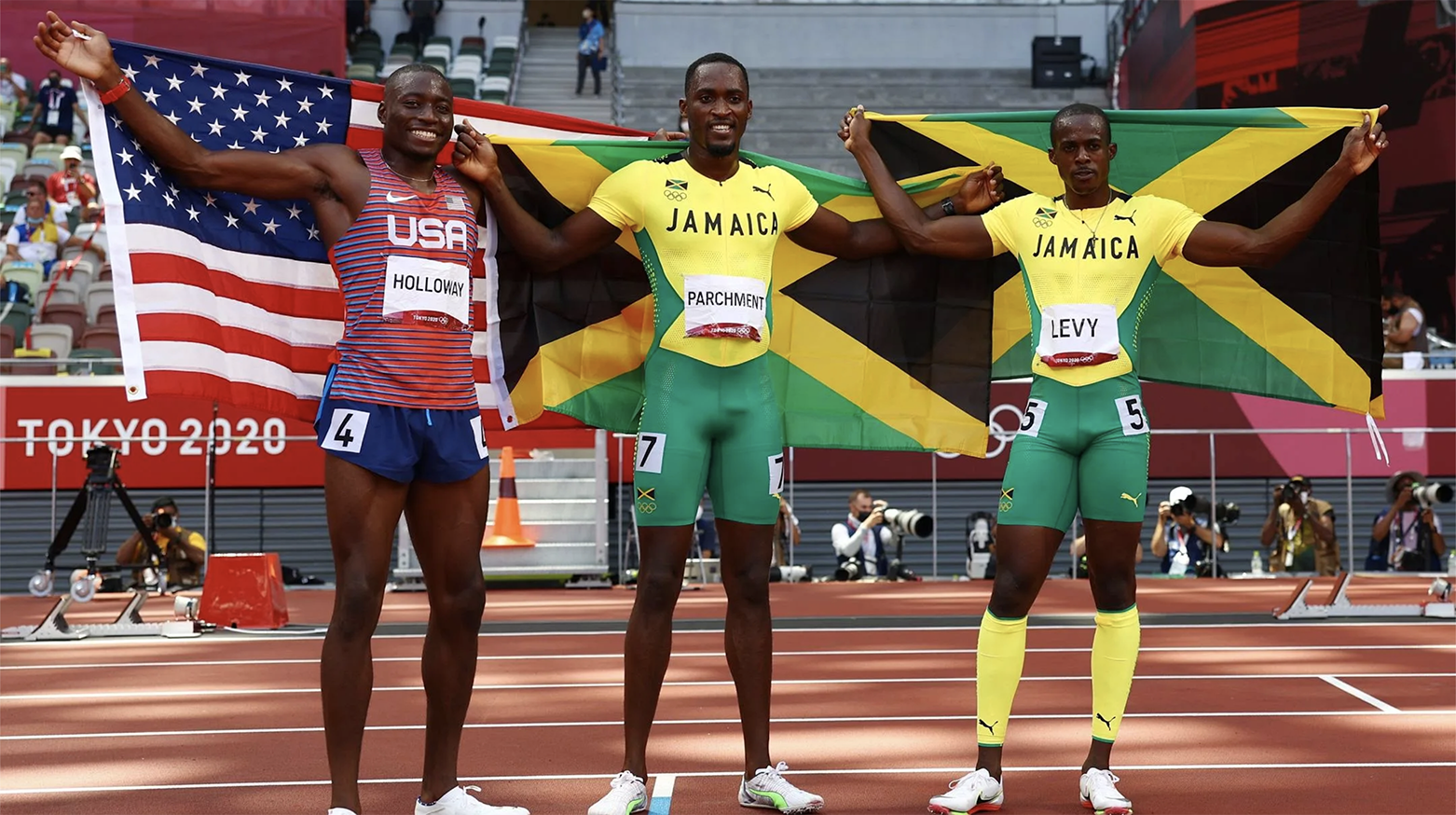 The Olympic champion added, “I had a decent start and just ran straight through the line. In my peripheral vision, I could see that I got Holloway and once I’m in front of Holloway, I’m winning.”

It was the second consecutive gold medal in the 110m hurdles for Jamaica. Omar McLeod won the event at the 2016 Rio Olympics.