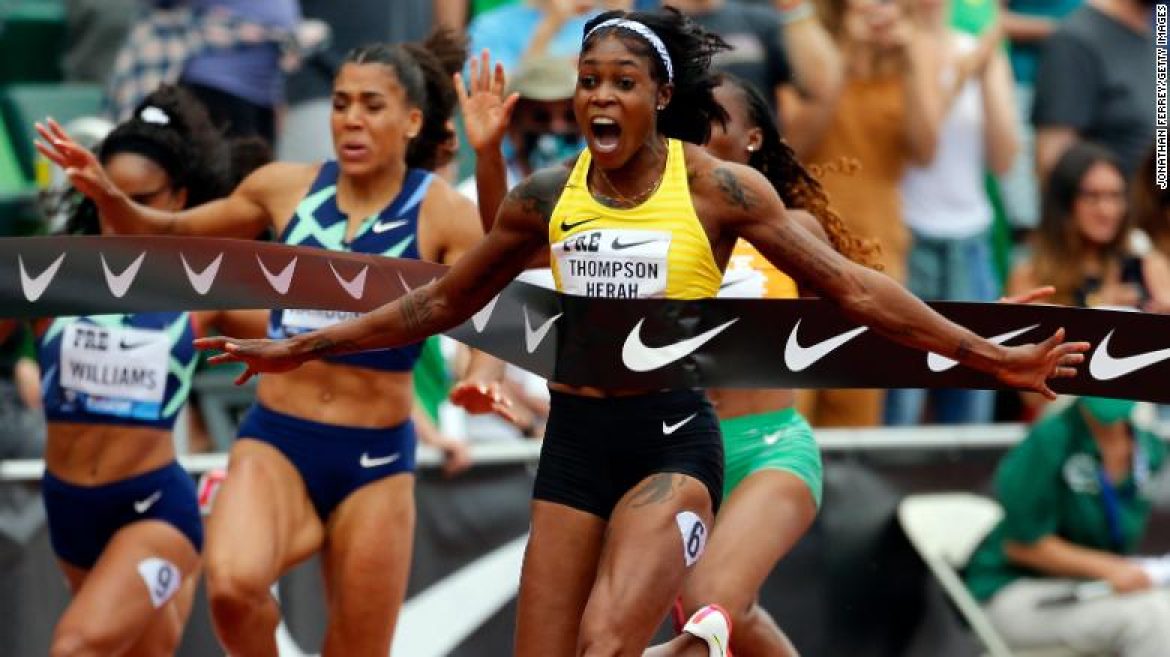 A week after the explosive women’s 100m in Eugene, Oregon, athletics fans get another chance to witness the undisputed top three female sprinters in the world slugging it out once again, this time in Lausanne, Switzerland on Thursday, August 26, 2021.

The meeting popularly called the Athletissima is the ninth in the series of Wanda Diamond League meetings this season. It is also the first of two meetings in Switzerland, the other being the grand finale in Zurich, September 8-9, 2021.

Elaine Thompson-Herah, the newly crowned Olympic champion, who has been keeping statisticians busy in recent weeks, will fancy her chances going after the world record (10.49), which has stood since 1988.

Thompson-Herah is undoubtedly in the best form of her life and making dreams a reality. She started the year as the fifth-fastest woman on the all-time list with her then 10.70 PB, now she is the second fastest (10.54) and five-hundredths of a second off one of the most unthinkable marks in athletics.

If she is to achieve that historic feat on Thursday, she will have some incredible athletes, two of them familiar faces, pushing her all the way.

Multiple world and Olympic champion Shelly-Ann Fraser-Pryce, the third-fastest woman ever and second fastest alive in the 100m has been having a prolific season. She has been a model of consistency so far with ten (10) sub-11 second clocking, and is on course to equal her 2019 season, where she registered eleven (11) sub-11 times.

Shericka Jackson completes Jamaica’s iconic trio in this event. Jackson, who is enjoying her breakout season in the 100m, will be hoping to shave off a few digits and continue her climb on the all-time list, where she currently sits at joint 11th with 10.76 seconds.

Other Jamaicans in action include the Olympic champion in the men’s 110m hurdles – Hansle Parchment. Bronze medallist Ronald Levy and rising star Rasheed Broadbell will join Parchment in a competitive line-up. This will be Parchment’s first Diamond League race since 2018.

Another cracking showdown is on the cards in the women’s 400m hurdles. Jamaica’s Janieve Russell and Leah Nugent will face a stern test when they match strides with Olympic medallists Dalilah Muhammad and Femke Bol.

The tenacious Candice McLeod, a finalist in Tokyo, will make her Diamond League debut in the women’s 400m. McLeod has revised her personal best several times this season and has a great opportunity to stamp her class and secure future assignments.