Triple the Fun in the Triple Jump 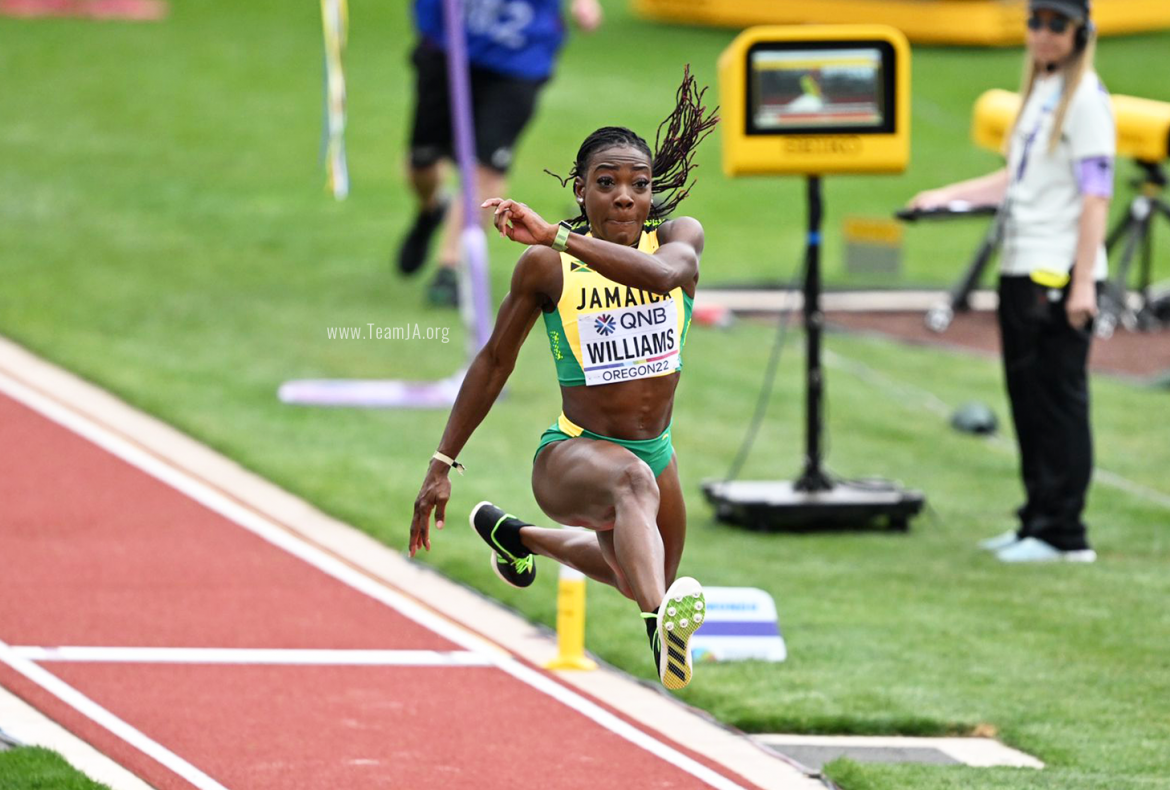 Ackelia Smith, a 20-year-old freshman from the University of Texas, was on the verge of making an early exit from Group A qualification after registering modest returns from two of her three attempts. However, on her final attempt and against all odds, Smith produced a lifetime best to leapfrog into the finals.

The achievement brought tears to the eyes of Shanieka Ricketts, Jamaica’s leading triple jumper, who had just provided Smith with encouraging words before exiting the competition having qualified on her first attempt. 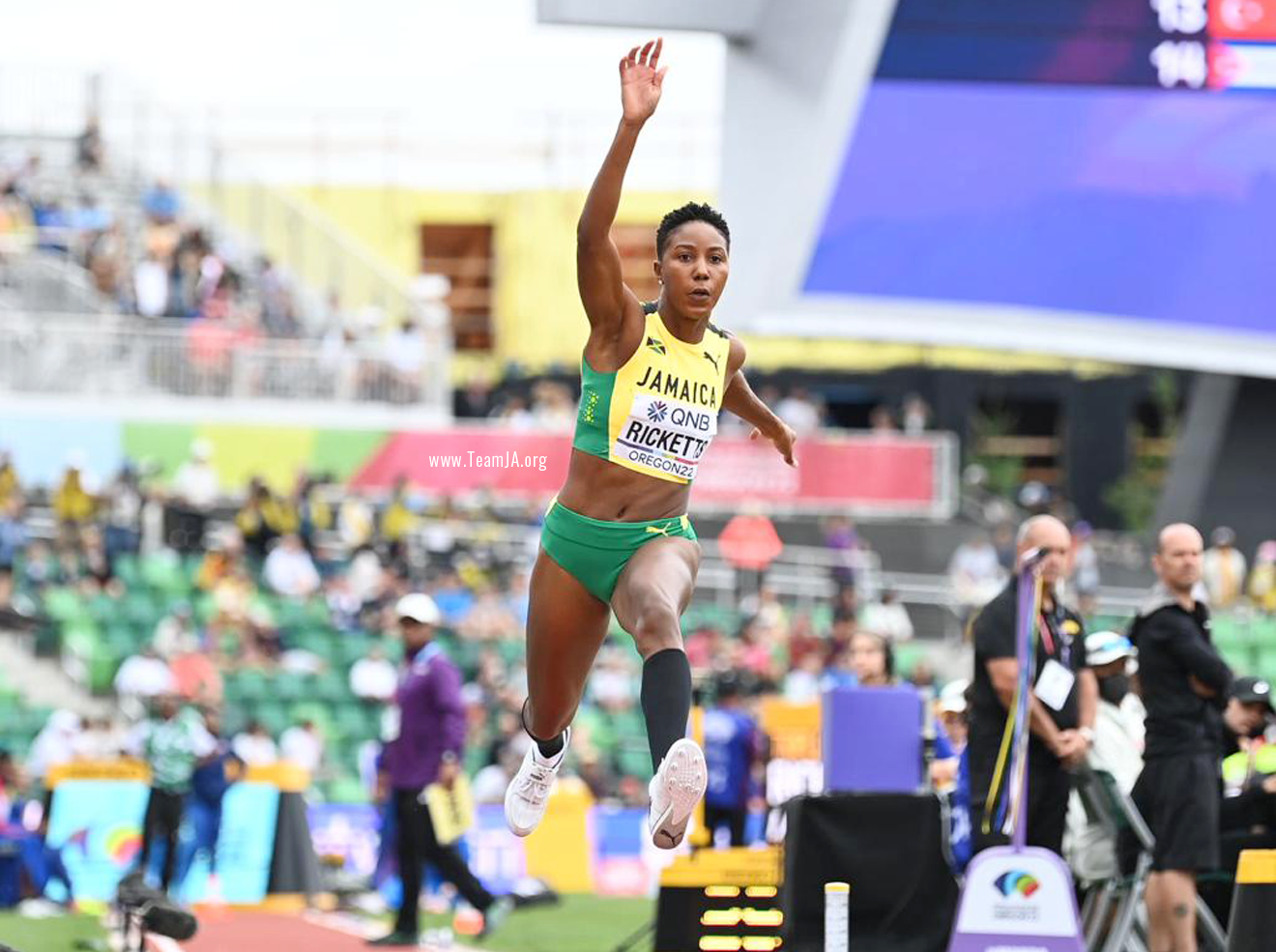 An ecstatic Smith could contain her delight. “I’m really happy. I came out here with one goal to get a new PB. I left it late, but I got my PB and made it to the final,” Smith said.

Veteran Kimberly Williams claimed the final non-automatic spot, after her best effort of 14.27m allowed her to squeeze into the top twelve (12) finalists.

This was the first time Jamaica renowned for its prowess on the track was presenting three finalists in the women’s triple jump.

Meanwhile, Ricketts, who surprisingly failed to medal at the Tokyo2020 Olympics, is hoping to make amends. “Expect me to bring my A game in the finals.”