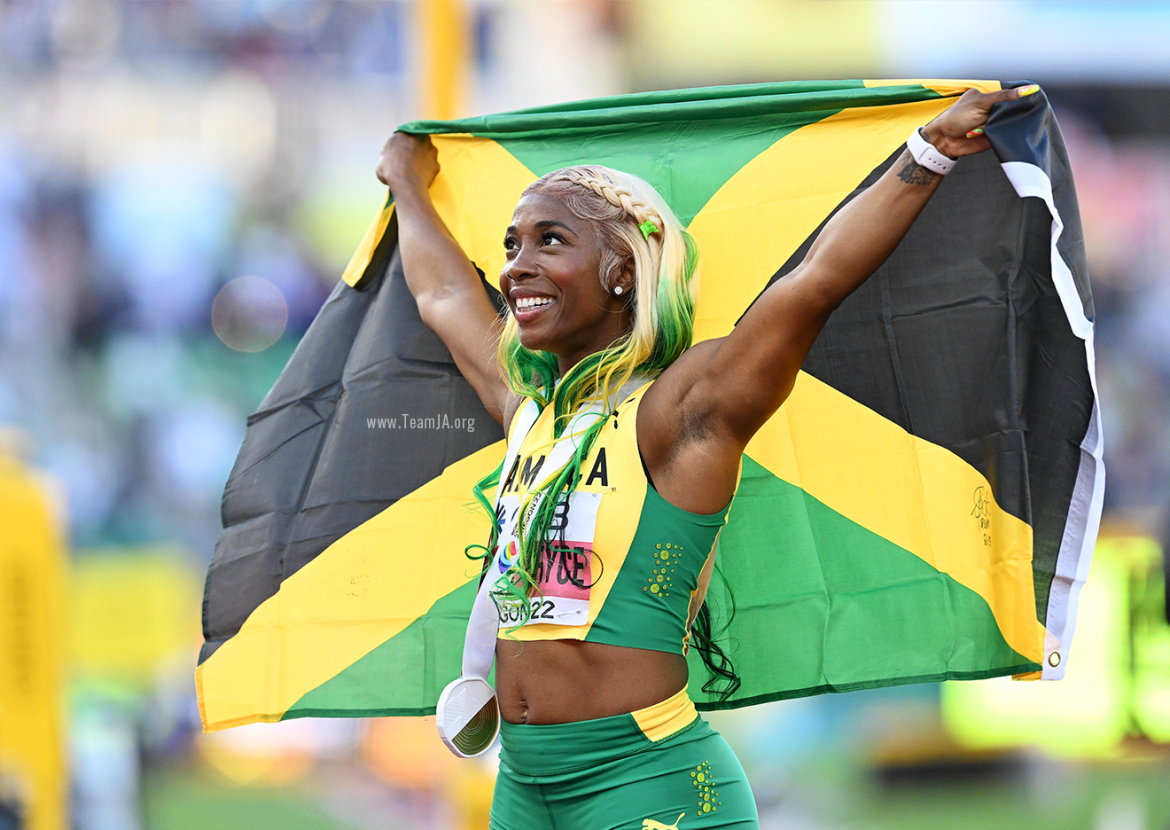 It was a night Jamaicans, who witnessed it, will remember forever. Was there any doubt of a sweep? No. Except for the order in which Shelly-Ann Fraser-Pryce, Shericka Jackson and Elaine Thompson-Herah would finish.

Everyone had their own predictions, but eagerly awaited the outcome. The deal was sealed earlier when the Jamaican trio showed their class by winning their semi-finals comfortably.

The event took on extra significance for Jamaica following the disappointment a few minutes earlier by team captain Hansle Parchment in the men’s 110 m hurdles final.

Fraser-Pryce’s bullet start comes so naturally, that spectators might think that she practices it in her sleep. She was out in the blink of an eye and kept motoring away from the field. Her compatriots having witnessed Team USA’s sweep the previous night knew they had to ensure the completion of the script as planned. 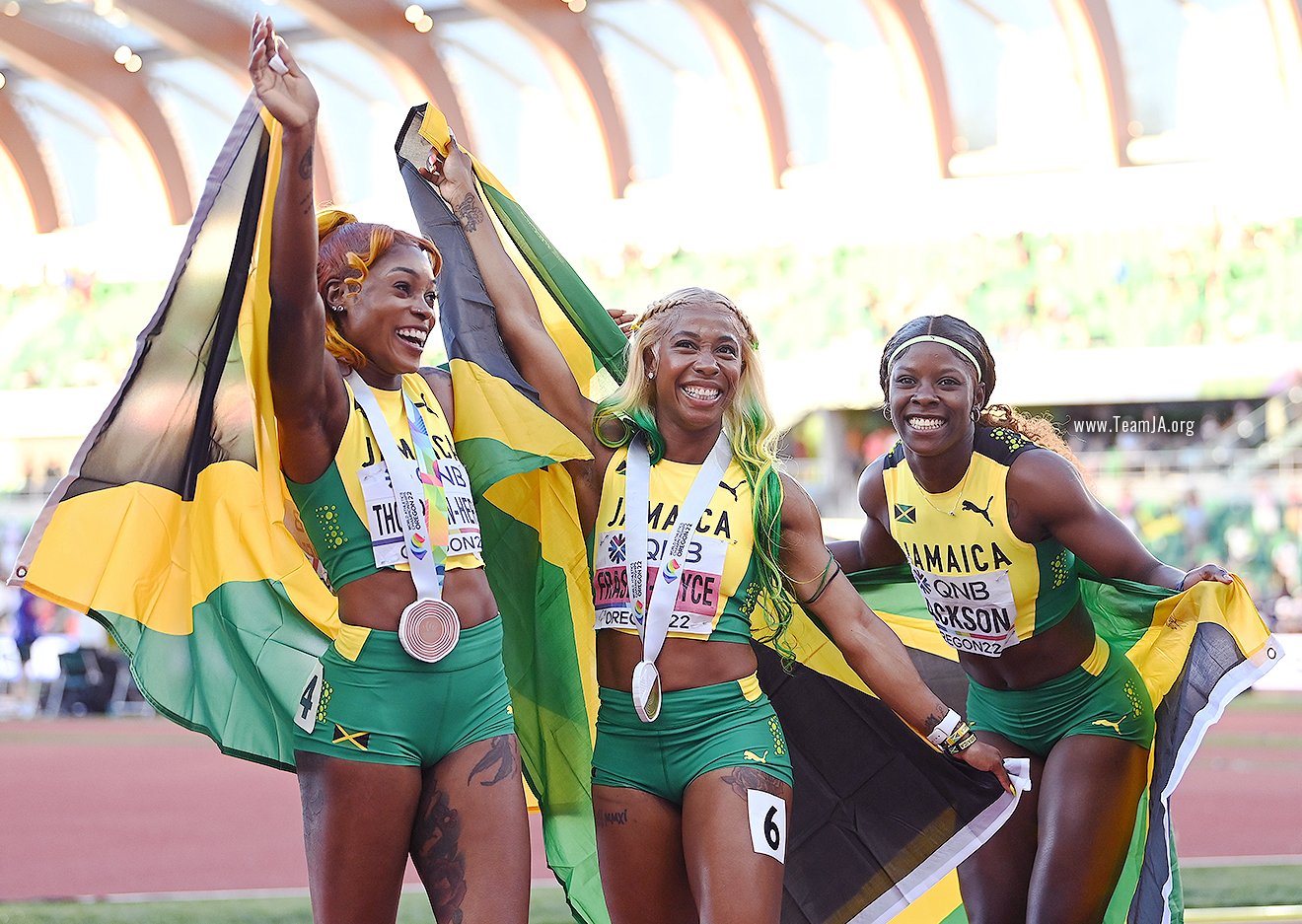 Jackson started closing like a freight train whilst Elaine Thompson-Herah, the Olympic champion, in search of her first medal in this event, became locked in a keen battle with Great Britain’s Dina Asher-Smith.
Fraser-Pryce burst the tape in a sizzling championship record of 10.67 (0.8 m/s). Fraser-Pryce became the first person to win five world titles in an individual running event dating back to 2009 and, at 35 years breaks Justin Gatlin’s record as the oldest world champion in an individual event on the track.

This is the first-ever sweep in the women’s 100 at the World Championships, and the first sweep for Jamaica at the Worlds Championships. Fraser-Pryce broke Justin Gatlin’s record as the oldest world champion in an individual event on the track.

“I am glad that I’m the one who finished first in the sweep,” Fraser-Pryce said gleefully. “And I’m glad the other ladies were able to come through and we’re able to celebrate the 1-2-3.”

Jackson expressed satisfaction with her performance. “I am grateful. Today I came to run one of my best races and I got a personal best and a silver medal, I cannot complain.”