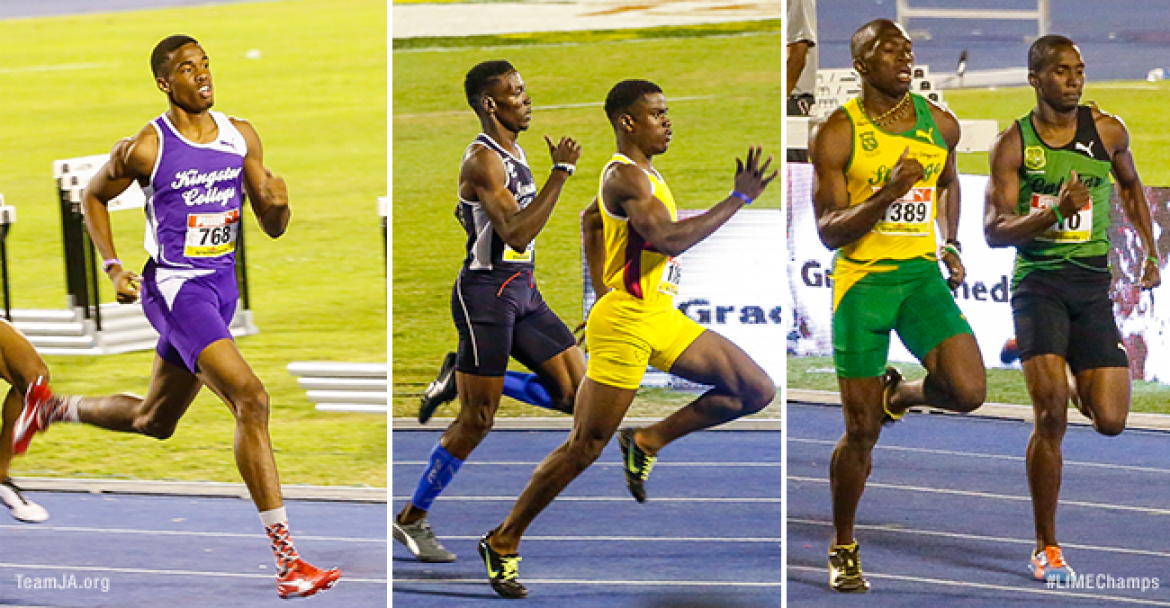 Many were expecting Calabar’s 400m phenom Christopher Taylor to attack the Class Two 400m record in much the same way he did the Class Three record in 2014 and the gifted Taylor did his utmost to oblige but fell short. Nevertheless, the 15 year old excited the larger than usual 1st day crowd with a swift 47.23 to win his heat. Some say the real battle outside of Taylor racing the clock, will be the rush for the other medals and crucial points. Anthony Carpenter of Calabar was the next fastest qualifier with 49.34 second with Leonardo Ledgister of STETHS (49.67) and his impressive team-mate Jauvaney James (49.83) also looking very good. Kingston College’s Tyreke Bryan and Acebe Thompson of Excelsior also progressed.

The Class One 400m enhanced its growing status as one of the races of Champs 2015 as the heats showcased some impressive qualifying runs with all the main contenders and potential spoilers easily progressing. Kingston College’s red hot duo of Akeem Bloomfield (48.16) and Twayne Crooks (47.23) cruising to easy wins. Also looking very easy in qualifying were Robin Black of STETHS and the St. Jago pair of Nathon Allen and Martin Manley. Class Two record holder Devaughn Baker and his team-mate Shawndail McClaren looked the part in progressing as did Romario Williams of Muschette and the Petersfield High twin pronged challenge of Devaugh Ellington and Jordan Scott. Calabar also served notice of their intentions with two qualifiers for the semifinals.

Calabar’s depth in the field events was on display in the Javelin Open with Adrian Mitchell leading all qualifiers with 55.71m and his team-mate Najair Jackson (53.45) recording the 4th best throw. Petersfield’s Kevin Nedrick (53.64m), Jevaud Pringle of Bellefield High (53.52m) and Ronque Taylor of STETHS (49.79m) rounded out the top five.