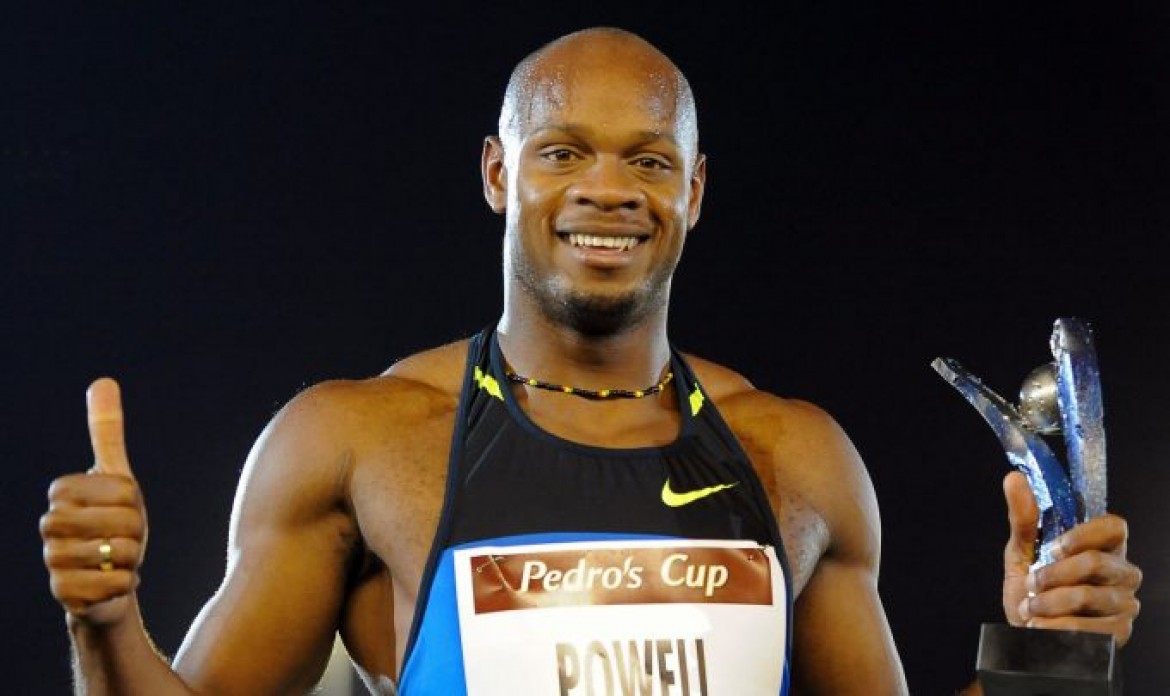 Double 100m World Championship Bronze Medalist and former world record holder Asafa Powell was a winner at the International Meeting Region Guadeloupe at the Stade De Bate-Mahault in Guadeloupe on Saturday (May 2). Powell who is expected to face the starter at the Jamaica International Invitational World Challenge Meet at the National Stadium in Kingston, Jamaica on May 9, was not the best out of the blocks but pulled away in the closing stages to win in a very good 10.08 (-2.4 m/s).

Powell known to his many fans as the ‘Sub10 King’ failed in his bid to add to his sub 10 collection but was pleased with his performance given the strong headwind. Diondre Batson of the USA was second in 10.21 while Powell’s training partner Winston Barnes, also of Jamaica was third in 10.35. The ageless veteran Kim Collins of St. Kitts and Nevis finished 4th in 10.42.

Damar Forbes won the Long Jump with a best mark of 8.15m (1.5 m/s). Forbes in the process attained the World Championship qualifying mark of 8.10m.

Jamaica’s Tracey sisters, Nikita (57.94) and Ristanana (58.21) were 5th and 6th respectively in the 400m hurdles. In the men’s equivalent former National Champion Leford Green was 6th in 50.74 and Intercollegiate Champion Andre Clarke of GC Foster College 7th in 51.39.