Look Out, Greatness is Coming 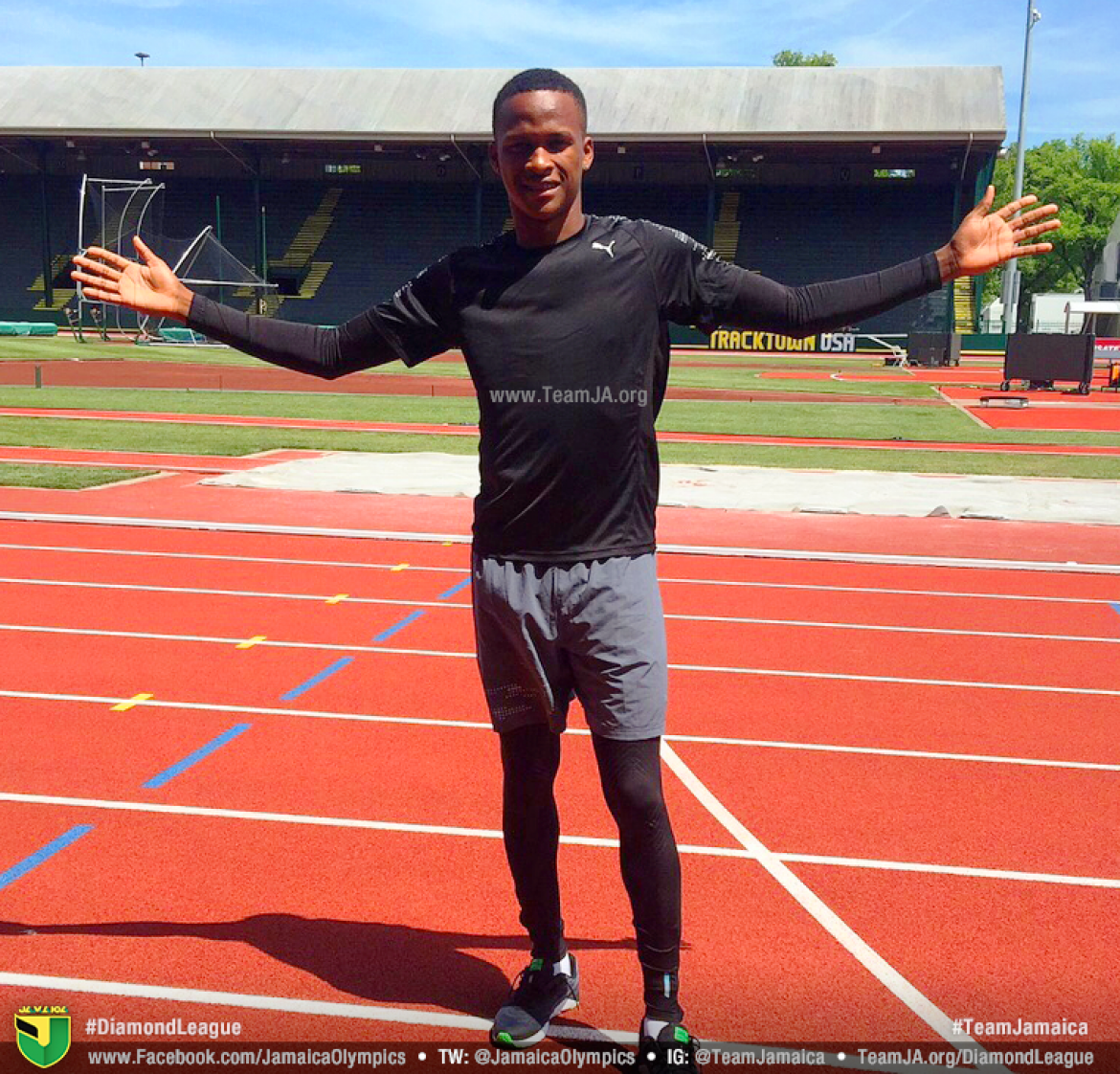 Prior to the start of the 2014 athletics season, the outstanding and gifted athlete Jaheel Hyde posted a picture on Instagram with the words ‘look out, greatness is coming’. His exploits during the 2014 season indicated that greatness was coming. Just over a year later, the world could see yet another chapter unfolding in what many hope will be a great career for this ultra-talented hurdles prodigy.

On Saturday afternoon May 30th, Hyde’s credentials as a bona fide contender for a place in Team Jamaica’s contingent to the IAAF World Championships in Beijing takes on a new dimension, as the 18 year old will face the acid test in his fledgling career in the senior ranks. Hyde will return to the scene of his greatest triumph as a junior when he lines up for the 400m hurdles at the Prefontaine Classics in Eugene, Oregon, the 3rd stop in the popular Diamond League Athletics series.

The National Junior record holder admitted to being nervous but was psyching himself up for the challenge. The always confident Hyde in an interview with TeamJA.org said ‘It feels good just to know I have been invited to compete among the best athletes in the world in my event’. He is right.

When he lines up to contest the event on Saturday afternoon, it will be a baptism of fire against the world’s best. He will face the likes of 2013 World Champion Jehue Gordon, double World Championship Silver medalist Javier Culson and former World Champion Bershawn Jackson who is undefeated in 2015 with the world leading time of 48.09.

Also in the field will be the very experienced American duo of Johnny Dutch and Michael Tinsley who both have sub 48 personal bests. Hyde is as fearless as they come and will not be overly intimidated. He will also know that going into the race only Jackson, Dutch and Culson have run faster than his 49.01 personal best in 2015.

Jaheel Hyde is under no illusions regarding the hurdles he has to overcome as part of a successful transition to the senior ranks. His journey didn’t start in Eugene, neither will it end there. Mission Beijing was conceptualized over two years ago and his Diamond League debut at the Prefontaine Classics is another stepping stone in his path to greatness. The odds are against him out dueling all of his more experienced rivals but he is prepared to lose the battle as this experience is geared towards getting him ready to win the war.

The former U17 Reggae Boys footballer announced himself to the athletics world at the 2013 World Youth Championships in Donetsk, Ukraine where he won the 110m Hurdles in a blistering 13.13 just outside the World Youth Best. After excelling throughout the 2013 football season the versatile son of former Jamaica national footballer Lenworth Hyde turned his attention back to athletics at the start of 2014 with an eye on not just the sprint hurdles but was also convinced by his high school coach Christopher Harley to target the 400m Hurdlles at the IAAF World Junior Championships scheduled for Eugene, Oregon later that year.

The Wolmer’s Boys’ School standout had business to take care of first at ‘Champs’ 2014. A year before Omar McLeod had set tongues wagging when he became the first Jamaican junior to go sub 50 seconds in the 400m Hurdles. That mark lasted just one year as Hyde obliterated the record running 49.49 on his way to securing the hurdles double. His super exploits on the track were matched by an impressive showing in the classroom where he was successful in the Caribbean Secondary Examinations Council (CSEC) 2014 sitting attaining distinctions and passes in 8 subjects.


[/column2_last]
He went into the world juniors as the big favourite and duly obliged taking .20 seconds off his own National Junior Record (NJR) to set a new mark of 49.29. Hyde did not stop there as he went to the Youth Olympic Games in China where he etched his name in the record books with a phenomenal run of 12.96 over the 110m Hurdles to smash the previous World Youth Best of 13.12 held by Wilhem Belocian of France.

After a somewhat disappointing 2014 football season, Hyde once again turned his attention to athletics with his ultimate goal in 2015 being the IAAF World Championships in Beijing, China in August. Again, there was business to take care of and Hyde was once again unstoppable at ‘Champs’ 2015 lowering his own NJR in the 400m hurdles to 49.01. He lost his title in the 110m Hurdles after an epic battle with long time nemesis, Michael O’Hara.

Before all that however, Hyde grabbed more media attention when he was officially unveiled as the youngest brand ambassador for telecom providers LIME Jamaica. The deal was brokered by the management company GCMC, the brainchild of track and field aficionado, Garfield Coke, who negotiated what was described as a fairly lucrative and development friendly multi year deal for the now Wolmer’s Sixth Former.

Coke indicated that the deal covered technical areas including nutrition, physiotherapy, grooming and mental coaching. GCMC like it has done (and is doing) with Hyde mentors other top juniors who have demonstrated world class potential in their respective disciplines and are awaiting the right time to make the transition to the professional ranks. As competition agents for a growing cadre of world class prospects, the management company places emphasis on securing the best opportunities for its athletes as they launch into what is often a complex and cutthroat environment.

Hyde’s time of 49.01 set at ‘Champs’ is still the fastest time in 2015 by a Jamaican leading many to believe that barring the unforseen, he will be a member of team Jamaica’s contingent to the 2015 world Championships in Beijing. Having taken the decision to join the professional ranks, Hyde was barred from competing at the Penn Relays as a high school athlete.

His next outing was at the Cayman Invitational on May 16 where he made his senior debut finishing 3rd in 50.30, a few hours after arriving in Cayman. the event went to Eric Cray of the Philippines in 49.12 ahead of Ansert Whyte who ran 49.20. Whyte who is seen in many quarters as one of Hyde’s main threat to the national title at the Senior Championships (Trials) in just over a month will be among the many Jamaicans eagerly watching how he acquits himself among the big boys