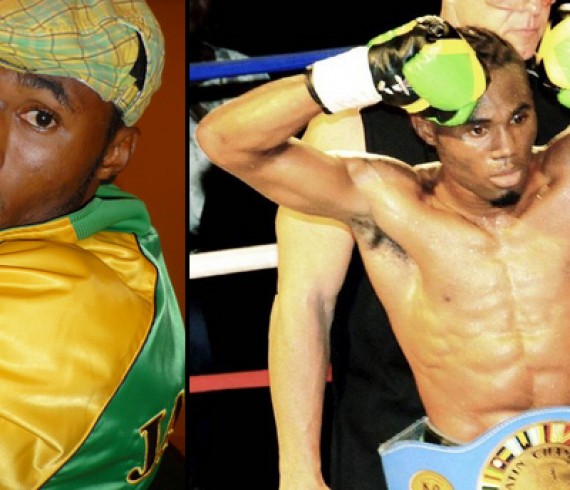 by admin· September 25, 2012· in News, Sourced· 703 comments tags: Boxing, Jamaica, Jamaica boxing, Jamaica sports, Sports
A world title fight in Jamaica for the World Boxing Association (WBA) featherweight title came closer to being a reality when Mexican promoting company, Canelo Promotions, won the purse bid that was held in Panama last Thursday, for the WBA title fight between champion Celestino Caballero and Jamaica’s Nicholas Walters. They were the only promoters to present a bid and the amount they put on the table was the minimum of US$120,000, allowed by the WBA. They presented Kingston and Montego Bay, Jamaica, as the likely venues and the suggested dates are December 1 or 8, 2012. Stephen Jones, president of the Jamaica Boxing Board, was present at the opening of the bid. The promoters will now present contracts to both fighters, with Caballero offered 75 per cent of the bid, which is US$90,000 and Walters US$25,000. The promoters will give both boxers 15 days to reply to the offers, as they in turn have to send the completed contracts to the WBA in 20 days. If Caballero does not accept the offer, he could be stripped of the title, which would then be declared vacant and the WBA would then name another contender to fight Walters for the vacant […] Read More