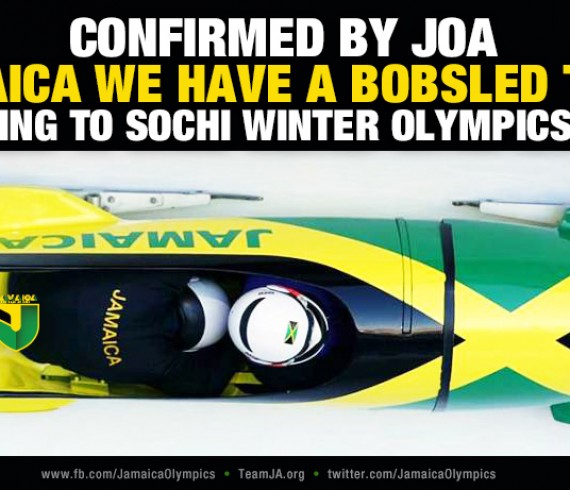 by admin· January 20, 2014· in Bobsled, Bobsleigh, News· 0 comments tags: #LuckyEgg, Cool Runnings, Jamaica Boblsiegh Team, Jamaica Boblsled Team, Lucky Eggs
The Jamaica Olympic Association (JOA) a short while ago announced that it had received confirmation that Jamaica has qualified to compete in the 2-man bobsled at next month’s Winter Olympic Games in Sochi, Russia. The JOA also noted that it will be covering all cost associated with getting the team from its Wyoming, USA training base to the Russian city, while all local expenses will be covered by the Sochi 2014 Local Organising Committee. Jamaica first competed in bobsled at the 1988 Calgary Winter Olympics – a feat that was later lionized by the Disney film ‘Cool Runnings’. The tropical island nation also competed in the event in 1992, 1994, 1998 and 2002, but missed the last two Winter Olympics. Veteran team captain and driver Winston Watts told The Gleaner in an earlier interview that the team needed significant funding if it was to make the trip, a call that has been answered by the JOA. “The JOA, through its solidarity programme, has given significant financial assistance to the Jamaica Bobsleigh Federation which has been used to enable the team to qualify for the Sochi 2014 Winter Olympic Games. All travel costs of the team from Salt Lake City […] Read More