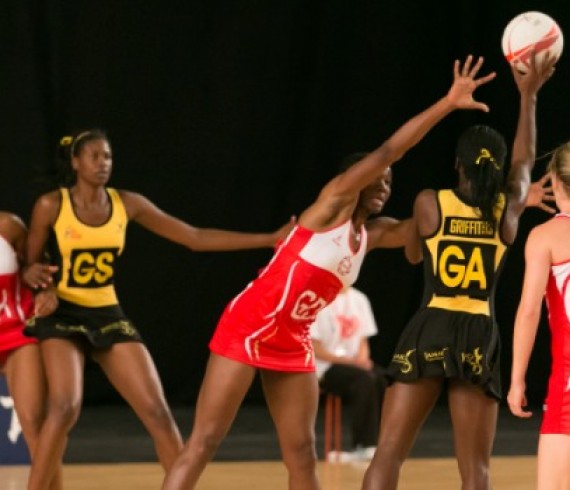 Jamaica bulldoze through England to level the Series

by admin· September 25, 2012· in Netball, News, Sourced· 1 comments tags: Jamaica, Jamaica sports, netball
Jamaica bulldoze through England to level the Series and force decider in Sheffield Jamaica bounced back from an opening defeat to secure a hard fought win over England in Liverpool this evening and level the International Netball Series heading into the final game on Wednesday. The hosts failed to take the lead in the whole contest and will rue a number of missed chances to get a foot back into the game while the Sunshine Girls showed a renewed passion and physicality to nullify their opponents. It was a lightning start from the Caribbean side as patient work around the circle allowed Jhanielle Fowler to open the scoring. Fowler preferred to start at GS in place of Romelda Aiken who had to settle for a place on the bench. Within a couple of minutes the lead had stretched to 4-0 as Rosie Allison showed some early nerves and rattled the ring. The youngster was starting in place of Joanne Harten and was certainly feeling the pressure early on. The opening goal for the hosts came from Pamela Cookey as Serena Guthrie interlinked with Sasha Corbin to provide the chance for their captain, it was a reversion back to the excellent […] Read More