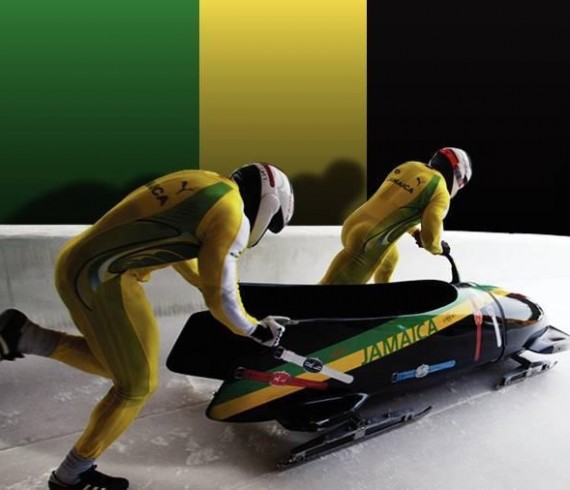 by admin· January 12, 2014· in News· 0 comments tags: Cool Runnings, Jamaica Bobsled, Jamaica Bobsled Team, Jamaica Bobsleigh Team, Sochi 2014, Winter Olympics
[hr] It’s not unusual to see Jamaican athletes at the Olympics these days. Whether it’s Usain Bolt or Shelly-Ann Fraser Pryce, Jamaican excellence in international athletics has become commonplace. Long before Jamaica was sweeping gold medals left and right, though, an upstart team shocked the world in the 1988 Olympics, qualifying not for the 100M sprint, but for bobsleigh. The film based on their exploits, “Cool Runnings,” turned the Jamaican bobsleigh team into an international icon. In the last two decades, things haven’t been quite the same. The team qualified for the 1992 and 1994 Winter Olympics and then the 2002 Games in Utah, but it then faded, failing to qualify for the next two Games. [hr] [column2] [/column2] [column2_last] [/column2_last] [hr] This year, though, things could be different. Winston Watt, who represented Jamaica in the Salt Lake City Games in 2002, is trying to make Jamaican bobsleigh relevant again. And right now, the team still has a shot at qualifying for Sochi next month. “We’re in a good position for the Olympics,” Watt from Lake Placid, N.Y., where he and the new Jamaican bobsleigh team just completed two days of qualifying, finishing fifth overall. If the qualifications were announced today, […] Read More