Jamaican U-16 Ice Hockey Team defeated PS101 Prospects from Bradford, ON CANADA in first game of the Weekend Hockey Tournament. Final score was 3-2. 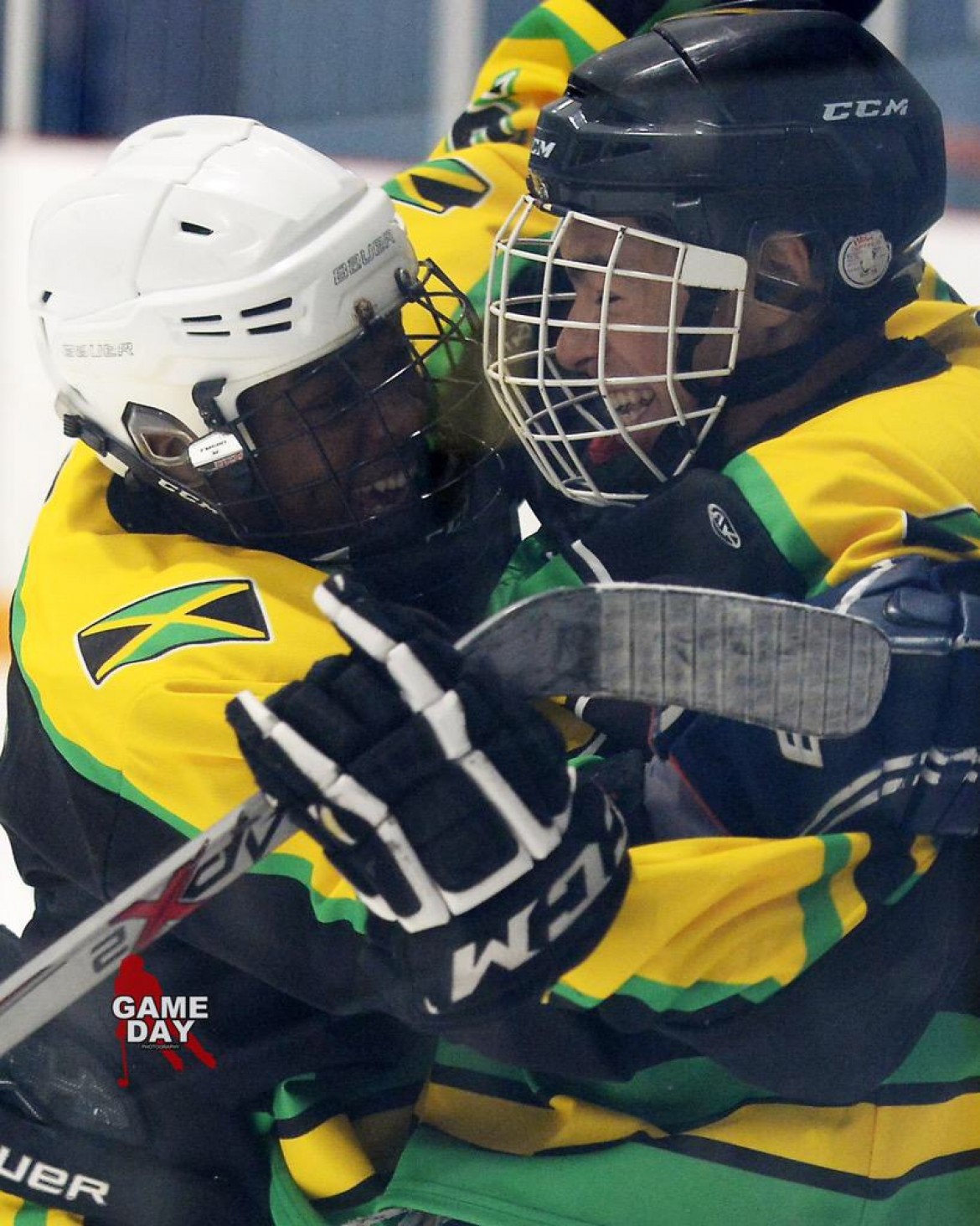 During Fourth of July Weekend, the Jamaican Olympic Ice Hockey Federation (JOIHF) hosts its first open competition tournament for youth athletes ages 16 and under from July 3-5, at Nottawasaga Resort (Allison), in Toronto, Canada. Team Jamaica consists of hand-picked players, many of whom are players that participated in the JOIHF’s evaluation and tryouts camp during August 2014.

A hockey arena, in a small town, in front of a tiny crowd, a step was taken…sharing the vision #JOIHF #TeamJamaica – Jason Tom

“This is history being made once more in the hockey sports world,” said Jeff Brubaker, JOIHF’s new General Manager of Team Jamaica. “In our outreach, we have come to realize that globally most sports fans – let alone hockey fans – are not aware of such a hub existing and an upsurge of quality young players, in addition to professional National Hockey League players, being represented around the planet.”

“As early as January, we had a player registered from England. What he and other players will experience is a coaching staff and agenda that is second to none in industry,” said Don Anderson, JOIHF chief liaison and consultant and former 1st vice president of Jamaica Olympic Association.

“His heartfelt story serves as an outstanding example to a new generation,” Anderson said, “like JOIHF’s very own CEO, Edmond ‘EJ’ Phillipps, Jr., who has been playing ice hockey for 19 of his 26 years and coaching for eight of those years.”

Arguably the youngest coach of color to obtain his Olympic Level coaching credentials, Phillipps has accomplished much success since his certification. Having put together a select team comprised of two rival high schools, he garnered a 2014 ice hockey championship in his hometown of Colorado.

“It is my passion to have Jamaica represented in the Winter Olympics,” Phillipps said. “Like the Jamaica Bobsled Team, which garnered overwhelming global enthusiasm and support at the 1988 Olympics, JOIHF will definitely bring a refreshing, much-needed dimension of diversity to the sport, while providing another outlet for the talents of the youth of Jamaica on the international stage.

A hockey arena, in a small town, in front of a tiny crowd, a step was taken…sharing the vision #JOIHF #TeamJamaica – Jason Thom

“JOIHF is living proof of vision turned reality. We have overcome many hurdles and accomplished much since our inception in 2011. Now we are excited about the possibilities of the future. The support we have received confirms the concept of JOIHF resonates across cultural and socioeconomic lines, and demonstrates the mass appeal of the project.”

For more information about the organization and its events, please visit JOIHT.org.