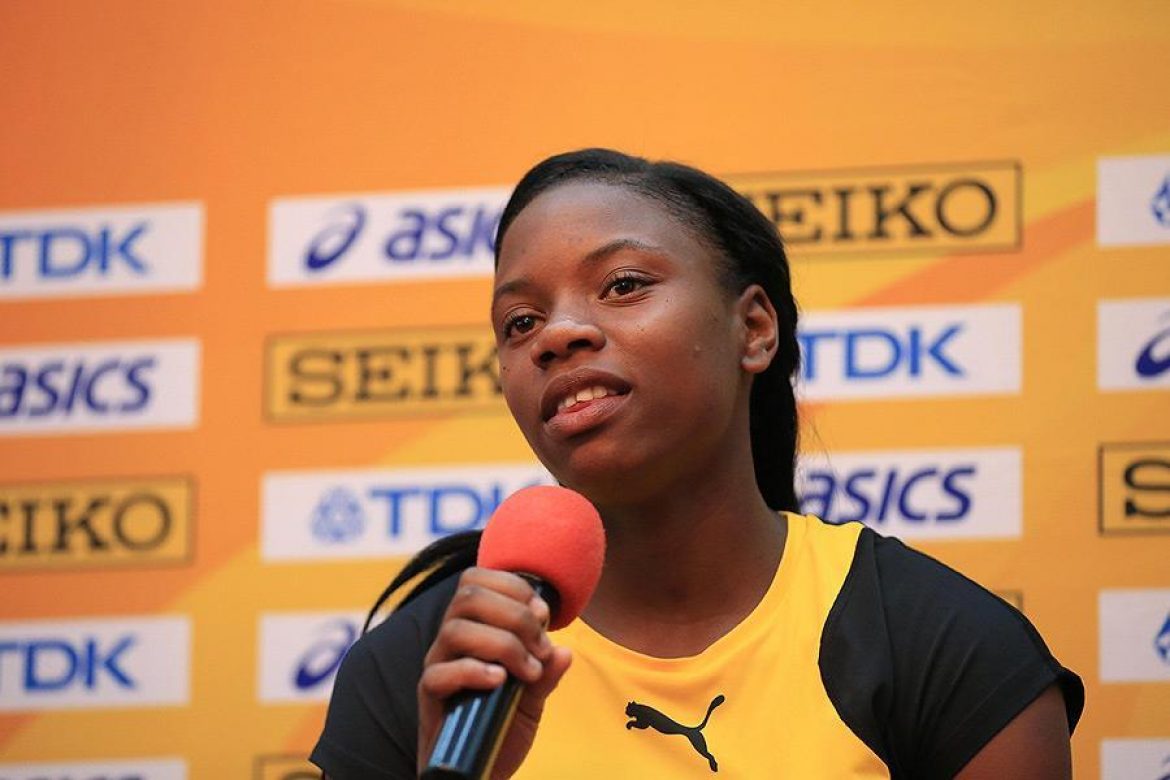 Jamaica has unearthed another rare sprinting gem in the form of Kevona Davis, the 15-year-old Edwin Allen High School standout is overwhelming favourite for gold in both the girls’ 100m and 200m at IAAF World U18 Championships Nairobi 2017.

On a visit to the 60,000-seater Kasarani Stadium on Tuesday (11), the teenager was calmness personified ahead of what should prove the biggest week in her fledgling career.

“I’m not nervous,” she said. “When we compete at Champs, it’s a lot of people, a lot of noise, a lot of supporters. When you compete anywhere else, you’re ready for it.”

Last year she lowered her best to 11.63, taking her first title at the event in the U15 100m, then returned the following day to streak to victory over 200m in 23.91, proudly carrying the colours of Edwin Allen High School to gold.