Jamaica vs Canada U-17 recap 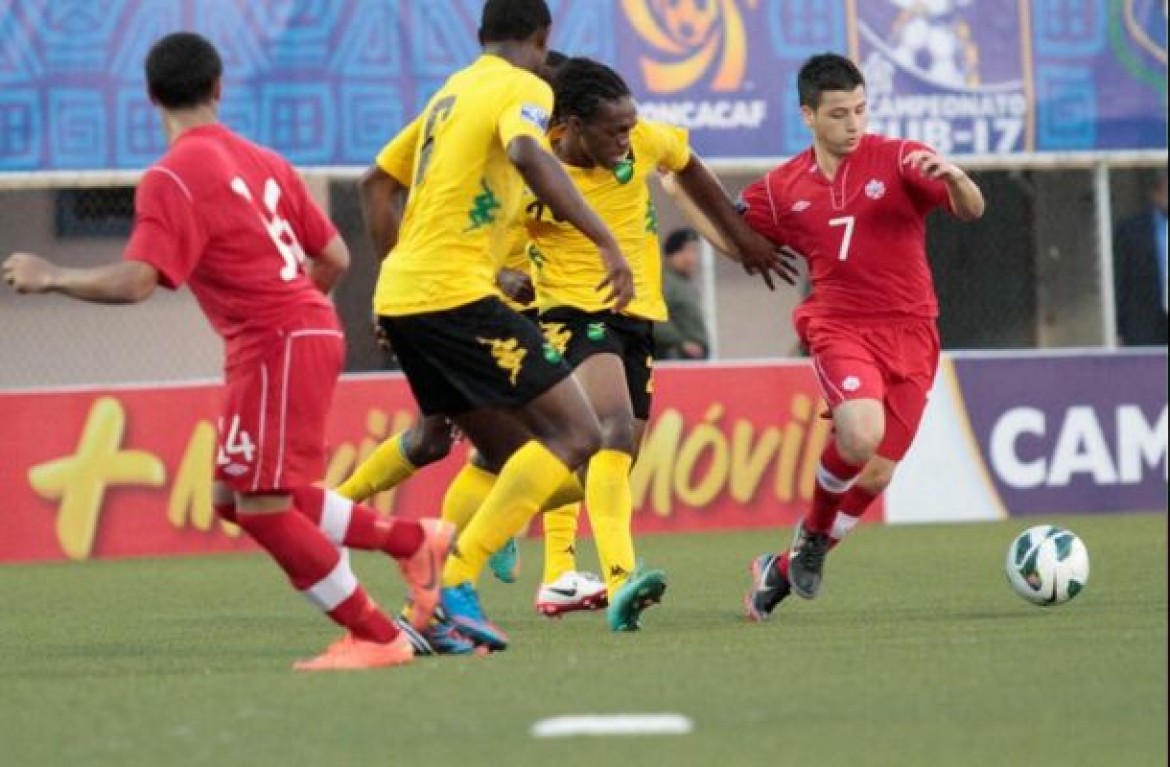 Jamaica’s Under-17 footballers drops out of the CONCACAF FIFA Under-17 Championship after they were beaten 4-2 by Canada in the quarter-finals in Panama yesterday.

The young Reggae Boyz were aiming for a semi-final place which would have given them automatic qualification to the FIFA Under-17 World Cup later this year in the United Arab Emirates.

Jamaica went ahead twice in the game, as they led 2-1 at half-time but the confident Canadians dominated the second half and in the process scored three times.

Khallil Stewart, who had an outstanding game for Jamaica, netted both goals for the junior Reggae Boyz in the fifth and 44th minutes.

Andrew Gordon, led the way for Canada, with a double in the 38th and 75th minutes. Hanson Boakai (61st) and Jordan Hamilton (79th) were the other scorers for the the Canadians.

The speedy and skilful Stewart gave the Wendell Downswell-coached Jamaicans a dream start when he burst inside the 18 yards box to fire home from close range.

However, the Jamaican defenders were caught napping in the 38th minute, as Gordon arrived at the back post to head home from inside the six-yard box.

Stewart restored the young Reggae Boyz’s slim advantage six minutes later when his powerful 25-yard drive deflected off a Canadian defender and into the back of the net.

The Canadians dominated the second half, as they had the Jamaicans on the back foot for most of the period.

Hanson Boakai netted the equaliser after he arrived at the near post to calmly slot the ball home between two Jamaican defenders.

The Jamaicans, who looked shell-shocked after conceding a third goal, found themselves in further trouble as Jordon Hamilton sealed the victory for the Canadians in the 79th minute with a fine header.