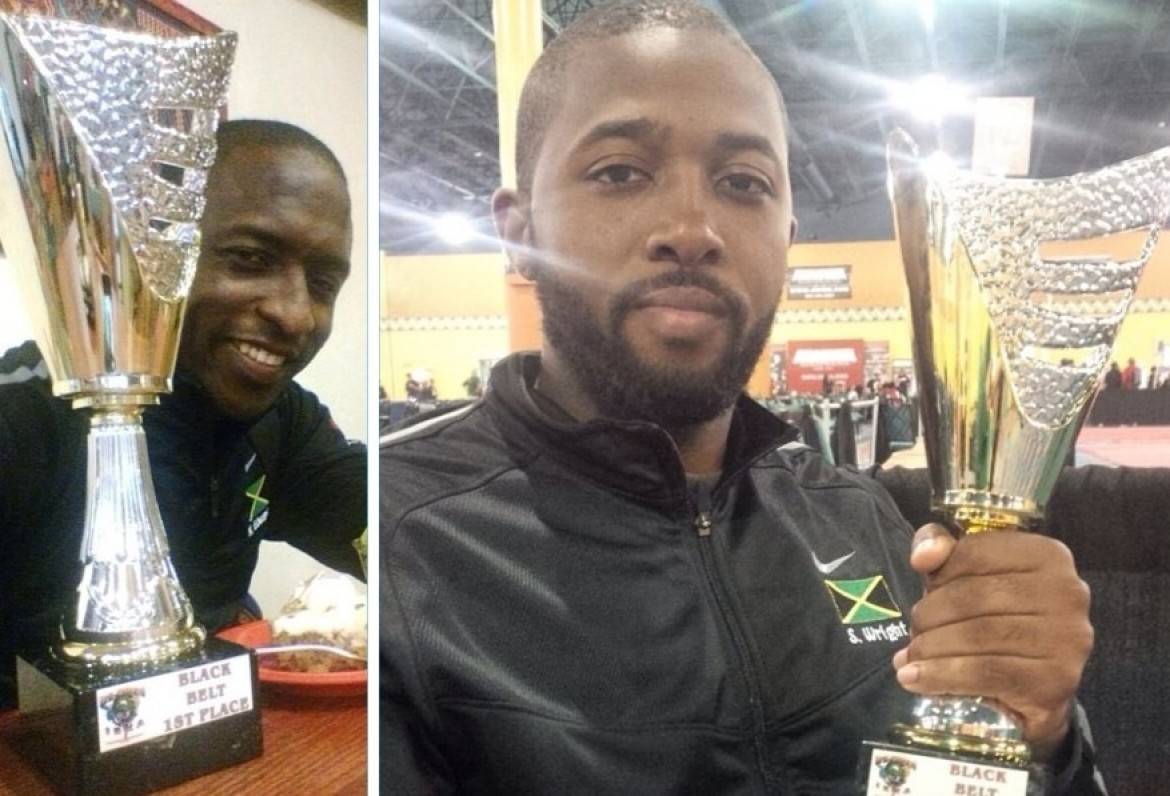 Edwards had the crowd at ringside in awe of his flashy moves as he bobbed, weaved and high-kicked his way to gold, beating teammate Phillip McDowell in the final.

Ackeem Lawrence of Jamaica Taekwondo added the 141-149lb continuous sparring title to the 139-and- under clash sparring crown he won at last year’s Open, a title he is set to defend this afternoon.

Henry is among 10 fighters at the US Open from various Jamaican high schools which participate in the Jamaica Taekwondo McKay Security High School League.

Meanwhile, Jamaica’s 18-and-upwards three-man black belt team, captained by Jason McKay, was yet to take the mat as the Open was behind schedule and set to continue late into the evening with the female black belts also awaiting their turn to fight.

Photo via A. Wright