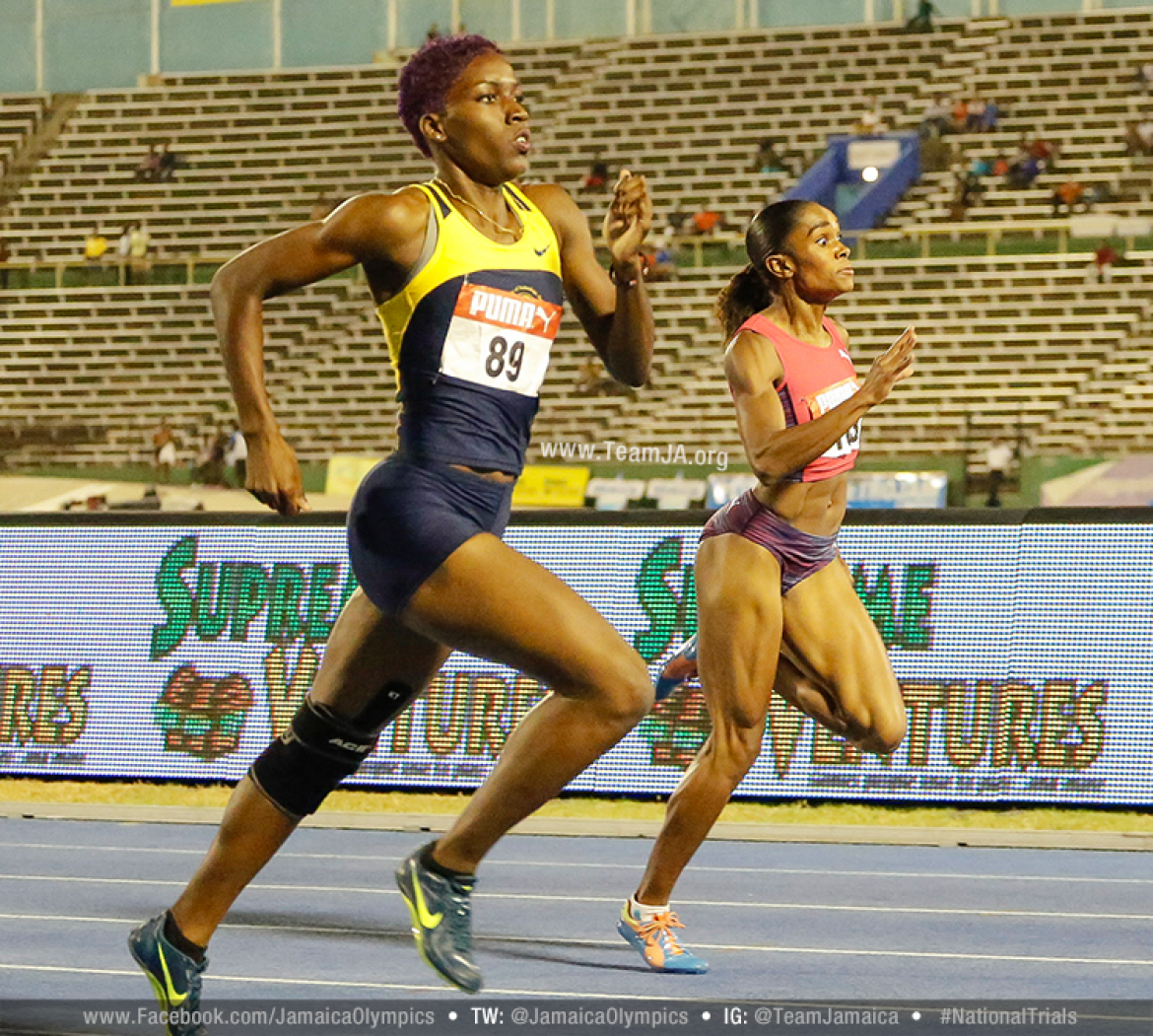 Janieve Russell was the overwhelming favourite to win her first National Senior 400m hurdles title and the 21 year old did not disappoint, even if she had to work a little harder than many anticipated. The 2014 Commonwealth Games Bronze Medalist is the only Jamaican other than Kaliese Spencer to go sub 55 so far this year and her season best 54.83 made her a cinch in the minds of many to win. Russell completed the event in 55.10, her 2nd fastest time of the season.

Shevon Stoddart showed in the semi-finals that she was in good form and was coming to run.The 32 year old part-time model/singer entered the ‘Trials’ as the 4th ranked Jamaican on the year with a best of 56.27 and clipped almost a full second off that time running 55.29 as she ensured that Russell was fully extended. Stoddart, a two time Olympian having represented Jamaica at the 2004 and 2008 Games was qualifying for her 2nd World Championships and a return to the Bird’s Nest Stadium in Beijing.

Ristanana Tracey came to life in the finals to secure 3rd place in 55.46. Tracey was qualifying for her 3rd straight IAAF World Championship team. Samantha Elliott finished fast for 4th in 55.51.

The men’s equivalent had promised before the start of ‘Trials’ to be a 4-way battle between defending champion Roxroy Cato, many time champion Leford Green, National Junior Record holder Jaheel Hyde and Annsert Whyte, the man who had occupied the runner position for the last two years.

News broke ahead of the finals that Hyde injured himself in warm-up and had withdrawn. The race went according to script with Whyte running his fastest race of the year to win in 48.90 to make up for narrow misses the two previous years. Cato ran an untidy race to finish 2nd in 49.09 while Green faltered a bit but managed to hang on for 3rd in 49.41.