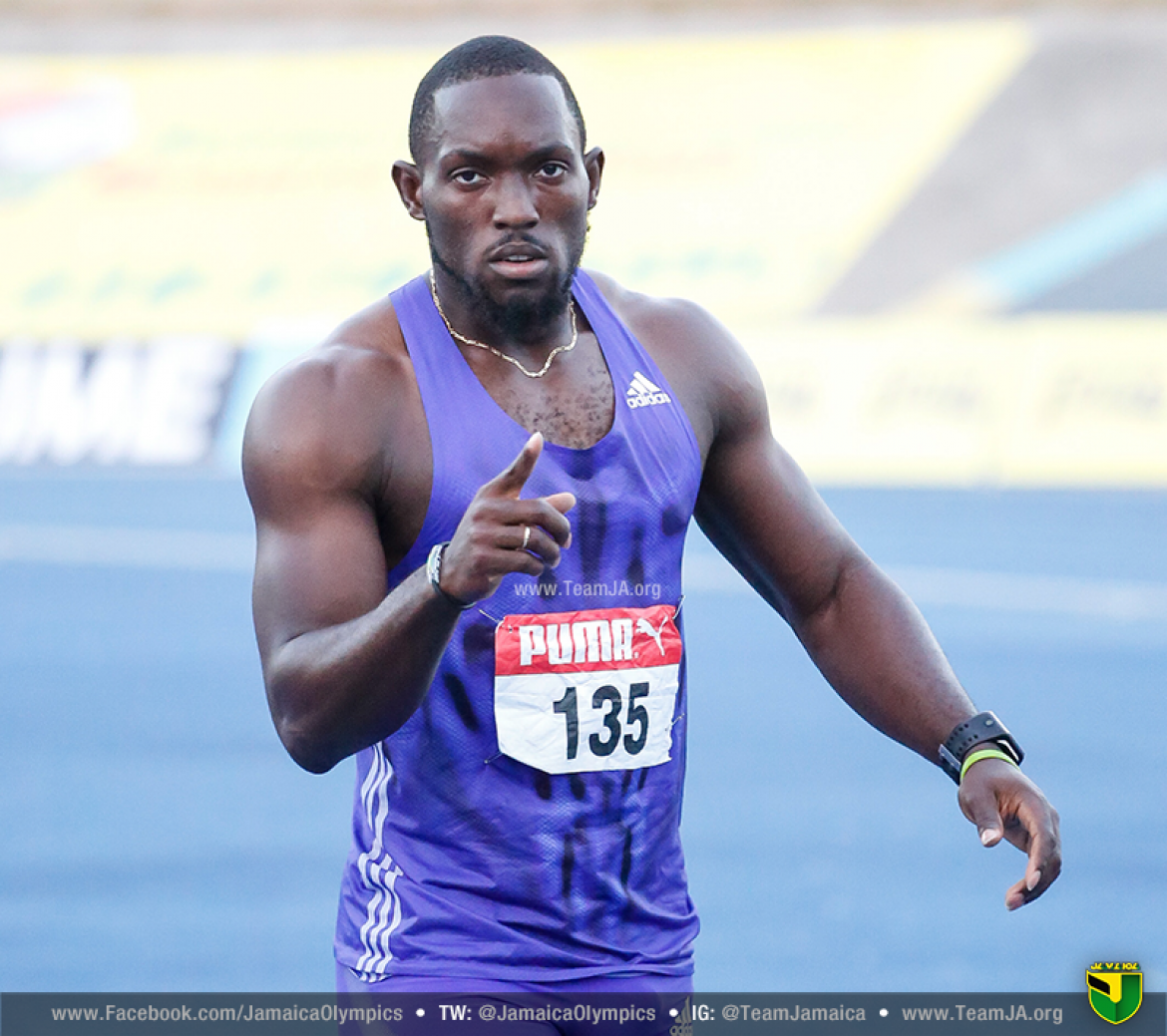 The men’s 200m finals pitted perennial rivals Nickel Ashmeade and Warren Weir against each other. Julian Forte who ran 20.04 in the semi-finals and defending champion Rasheed Dwyer were the other top contenders. Forte ran a brilliant first half of the race and appeared to have a bit in reserve coming off the curve with Ashmeade, Dwyer and Weir in close contention.

Forte, the fastest Jamaican over the distance in 2015, seemingly lost his composure as Ashmeade and then Weir bore down on him and his shoulders tightened noticeably. It was left to the 2013 World Championships Silver Medalist Weir to take the fight to Ashmeade as they have done so often over the past 3 years. This time around, the 25 year old Ashmeade who finished just outside the medals at the 2013 Moscow Games, dug deep into his reserves to thwart the persistent late challenge of Weir.

The time of 20.36 was nothing to write home about but this was due to a strong headwind. Weir whose form has been very spotty this season, showed glimpses of the fighting spirit that has brought him medals at the last two global athletics event, finishing a close 2nd in 20.41.


[/column2_last]
Forte who many expected to win, faded into 3rd in 20.51 but managed to secure the final spot on the team to Beijing. The much improved Tyquendo Tracey closed well for 4th ahead of 2014 Commonwealth Champion Rasheed Dwyer who had clearly not recovered from injury setbacks that had cast doubts on his appearance at the ‘Trials’. 99 notifications.
Facebook   Pinterest   Twitter   Google+