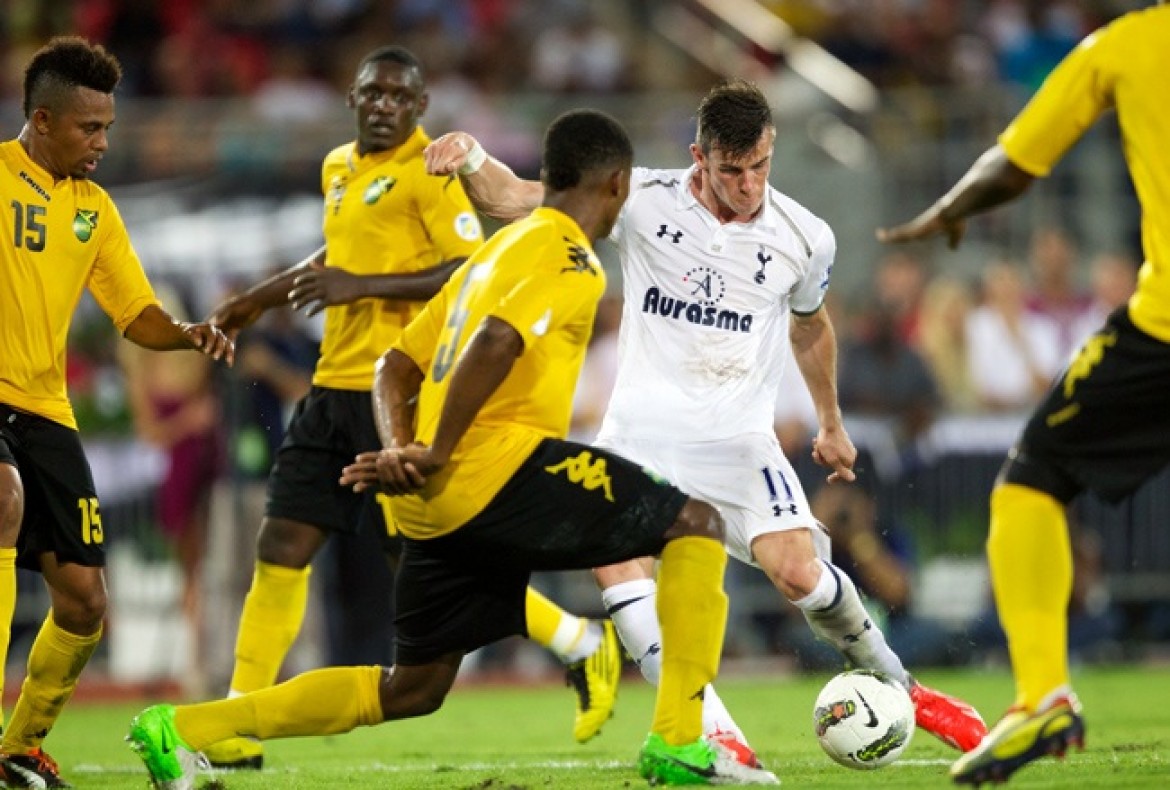 [hr]
Tottenham Hotspur played out an entertaining 0-0 draw with the Jamaican national team as part of their post-season trip to the Bahamas.

But a 39th-minute injury to Kyle Walker soured the stalemate between Spurs and Theodore Whitmore’s side, as the defender hobbled off following a strong challenge by Evan Taylor.

Andre Villas-Boas left Gareth Bale on the bench for the clash in the Bahamas, but named a strong side including Walker, Mousa Dembele, Gylfi Sigurdsson and Jermain Defoe.

The Portuguese’s impressive lineup was matched by his side’s laudable intent from the off, and Spurs took only seven minutes to direct a shot at goal, with Defoe narrowly hitting it over after a Lewis Holtby corner

Their pressure nearly told shortly after the half hour mark as Keammar Daly bent a superb effort onto the American’s far post, with Tottenham’s early intensity having dissipated in front of a noisy, atmospheric crowd at the Thomas A. Robinson National Stadium.

Spurs were then dealt a concerning blow shortly after, as Walker was replaced by Benoit Assou-Ekotto on the 39th minute following a strong tackle by Taylor which left the England full-back gingerly leaving the pitch.

The second half began in a similar pattern to the first, with both sides creating chances but failing to make in-roads behind their respective opponents’ defensive lines.

And with seeming inevitability, Villas-Boas brought Bale off the bench to a huge reception on the hour mark as the Premier League outfit looked for a late winner.

The Welshman’s impact was instant, with two scintillating runs down the right bringing the crowd to their feet, before the Jamaican defence rallied to stop his squared balls into the area reaching their intended targets.

Bale’s performance was to typify the game as a whole, with neither side able to capitalise on their build-up play and as Steven Caulker’s 84th minute effort was correctly ruled out for offside, a stalemate that didn’t nearly befit a match of great entertainment.